Chet and I swapped a few text messages and a phone call. My pilot friend and hangar neighbor was sounding pretty rough, he was dealing with a cold. 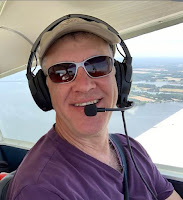 The plan is to fly one day next week in order to pick up his fuel tank, now that it has been serviced. It should be an interesting trip, departing Ocean City Maryland and flying to KMSV- Sullivan County International located in Monticello New York. From Monticello we will fly into KABE - Lehigh Valley International in Allentown Pennsylvania, uber to the shop where his plane is located to drop off the tank, then back to Allentown Airport.  Why am I not flying into the airport where the plane is located, because Braden, N43, is only 1900 feet. That's a little tight for my comfort level in the Commander, at least until I have more time in type. 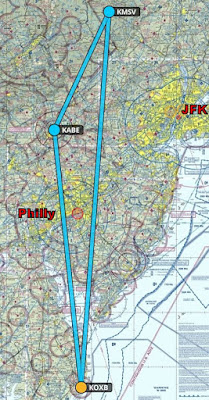 10 degrees Celsius is 50 degrees Fahrenheit, a bit nip this morning! 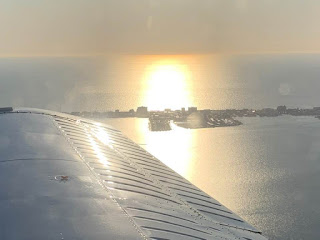 Chet rolled in on time and with his arrival I tugged 3 Tango Charlie out on the ramp. It took a few minutes to flight plan and set up the video camera before we headed to runway three-two. We rolled for take off and climbed out to seven thousand five hundred, taking us across the Delaware bay and over the top of Phiilys airspace. 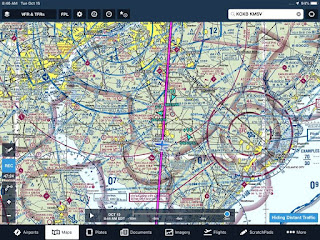 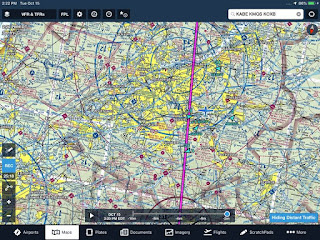 The ride for the most part was smooth with temps around forty degrees. The radio came alive as we crossed over the Philly airspace.  Once engaged with Philly approach it was game on.  We were handed off to multiple approach sectors and then turned over to New York approach and more sector hand-offs. I was trying to get used to having another pilot on board and talking, it's a distraction from my normal sterile cockpit. Even when Mary flies she keeps pretty quiet, FYI, that's PC for sleeps.
We could see the hills of New York as we shadowed the northern section of the Delaware River. The tress have turned brown, there wasn't much color left to see. I entered on an extended left base for runway three-three and made a nice landing. Unfortunately, I ran out of battery on the video. 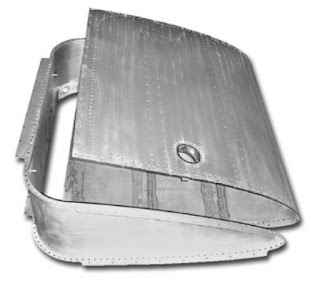 Chet went inside to pick up his fuel tank and I hit the head. Once we got the tank wrapped in blankets we loaded it across the Commanders back seat. It fit, and was secure with the blankets as it leaned against the base of the front seats.

Once the load was secure we attempted to get the fan turning so we could head to Allentown, KABE. 3 Tango Charlie had other plans, she just didn't want to hot start. I tried three times with not even a sputter and then decided on the next go I would just use the flooded start procedure.  After a cool down period I gave it another go using the hot start procedure, but, added four to five seconds of fuel pump. On the next try there were a few sputters but she didn't catch. The guy at the shop walked out and asked if I needed a jump, ugh, how embarrassing. No sir, but thanks, she's just being obstinate.

Ok another try, this time a regular hot start with no pump.  After a few blades she sputters and catches, with an added curse word or two, maybe three, and now fuel pump added, 3 Tango Charlie comes to life.  It's about darn time.

Once at idle she purrs like a kitten, someday I'll have her figured out. At least that's what I keep telling myself. We taxi out for runway three-three and launch for Allentown. It's only a thirty minute hop and I'll take on fuel there for the ride home. Allentown approach was excellent as usual. After some vectors taking me through final for commercial traffic I was finally turned inbound to land on runway two-four. I made a nice landing and taxied off for Hangar 7.  I supervised the fueling while Chet secured a courtesy car, we were like a well oiled machine.  Once the fuel was completed I went through the FBO and climbed in the car, the tank once again riding in the back seat. 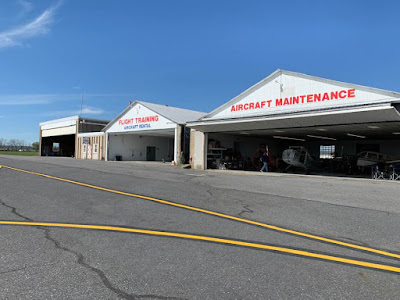 It was a short drive to Braden airport. Once there we unloaded the tank and headed into the shop to meet Dave, the A&P working on Chets plane. What a nice guy, he walked us through everything about the tank repair and provided some education on turbos. Chet had asked about a tubo Arrow he was looking at so that's what rolled us into that discussion.

Once the hand off was completed we saddled up for the ride back to Allentown.  Traffic was getting busy but it was such a short ride it didn't matter.  We returned the car and then headed out to 3 Tango Charlie.  The ramp guy asked if we were ready to go because a citation jet needed to get out and where they had me parked I was blocking his taxi out. Great added pressure for the hot start.
After a walk around and oil check I climbed aboard to get the fan turning. First try on the hot start and 3 Tango Charlie is ready to go, fan turning.  I did taxi out of the way but sat at the far end of the ramp until my avionics and video were set up. Once I had my taxi clearance I headed back for runway two-four, retracing my steps, following a Piper. 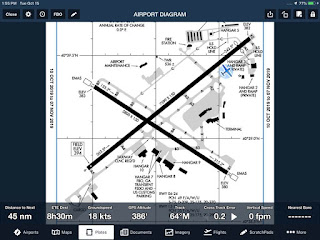 I was number three to go and then got bumped by a regional that the tower cut loose first. As Charles G says....line bumper. 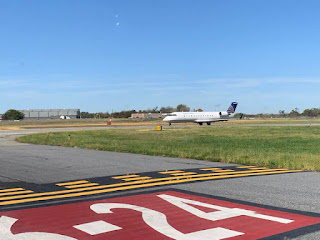 Once cleared, I departed on runway two-four and climbed out on runway heading to three thousand feet. I was handed off to departure and cleared to six point five but then held at four point five for traffic. Once finally granted six thousand five hundred we were on our way home. Allentown handed me off to Philly, they spoke the magic words, cleared into the bravo airspace, and we cruised along.
Philly handed me off to another sector then they turned me over to Dover approach. I road along with Dover until past Delaware Coastal, KGED and then cancelled Flight Following. It was pretty much a long left base for runway one-four, coordinating with a Debonair that was inbound. I never did hear anything from him and I wanted to confirm his location before I turned final. He did respond to let me know he was clear of the runway. I made a nice landing to finish out today's flights and tucked  3 TC into her hangar.
Posted by Gary at 11:30 PM