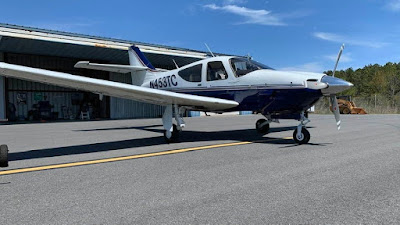 It was an absolutely gorgeous day here in Ocean City. With the annual check out flight completed when I brought the plane home, I was ready for a real flight. After taking care of Ziva girl, and making breakfast, I decided to go fly. 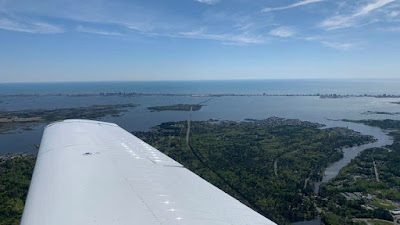 I had 3 Tango Charlie fueled on Friday in preparation for today's flight.  I like to let the fuel settle and sump the following day. I think it provides the best chance for water to gather, if it's present at all. Hopefully not. 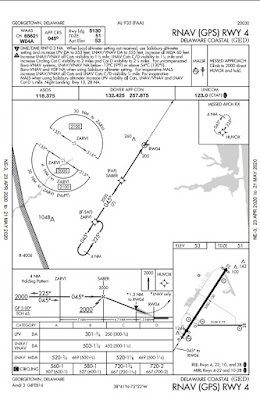 My plan for the day is to stay local and shoot a couple of approaches to knock off the autopilot rust. First up is a short hop to Delaware Coastal (KGED)for the RNAV GPS RWY 4 approach. It took me two tries to execute direct to the Initial Approach Fix (IAF) ZARVI, obviously I need more buttonology time. 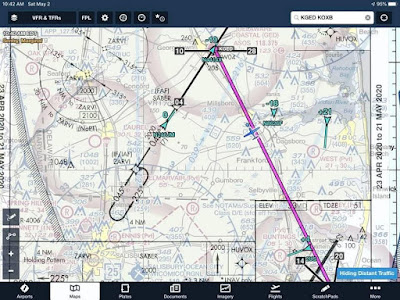 With the fix loaded I was on my way. Better late then never, I get squared away and pointed towards the IAF and settled in for the short direct route. As I approached the fix everything was correct and a parallel entry was displayed. However, as I crossed the fix (red circle) 3 Tango Charlie turned right instead of turning slight left to fly the entry. If we fly with these systems we MUST monitor and be ahead of the plane. I immediately disconnect with the button on my yoke and turned out for another try at direct ZARVI. 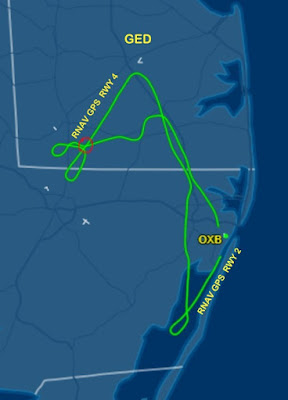 This time I used the Heading and Altitude holds on the STEC 60-2 and flew with no problem. I really like flying the approach in this setup, I feel more in the game and I trust me more then any box.

I swapped calls with a King Air that was headed to the runway for departure. I was configured for landing with flaps and gear, trying to keep this as real as I could for the practice. Since you can't sit and enjoy lunch at the restaurant I advised I would step right and break off my approach so they could depart. The pilot was nice enough to thank me and off we both went.

Next I turned for Ocean City.  Runway two was active and quite busy today. I wanted to shoot another approach, giving the AP another try, really my knowledge of the system another try. Having shed some rust on the first set up this time it was much smoother. I chugged and plugged the RNAV GPS RWY 2 into the box. 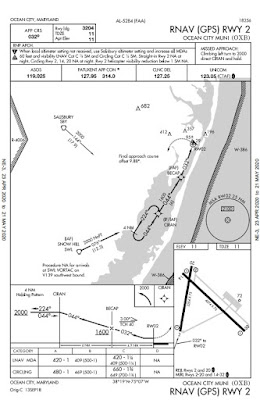 Once again I was ready for anything that didn't fit the approach model. Obviously I still had missed the correct button selection and when arriving at CIRAN the plane started a left turn. Hmmm...nope, thats not going to work. I disconnected and immediately selected heading (HDG) on the Stec and altitude (ALT) to correct the turn and perform the procedure turn (PT). I continously set the HDG bug to help keep me in the game and ahead of the plane, knowing where I am and where I need to go. 3 Tango Charlie flies a nice PT and I'm soon on course for final. 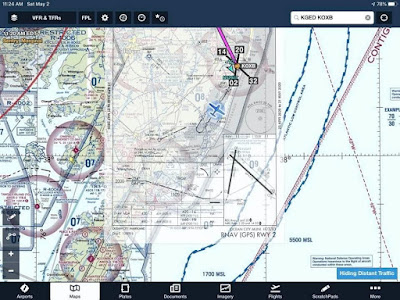 I am following the TBM that was in my post from Monday the 27th, 6 Charlie Bravo. I make a two mile call and at five hundred feet add the last notch of flaps. The landing was looking good but I floated just before touching down. I ended up making an ok landing to end the day.
Posted by Gary at 5:55 AM