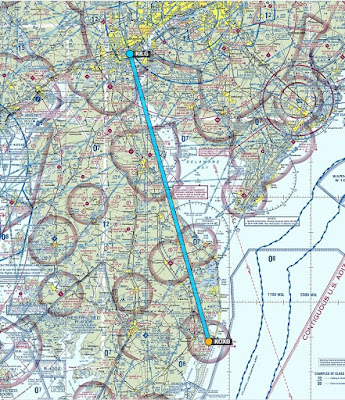 So desperately needing airtime, and I have no one to blame but me. I have gotten lazy since this Covid crap started and I honestly haven't been motivated to fly.  I should correct that, not motivated to tug the plane out and put it away, the flying part is plenty fun.
The plan for today was a simple straight forward hop north to Wilmington, KILG and then taxi back, take off and point south for home. The air was smooth and there wasn't much traffic to speak of.
I picked up flight following with Dover Approach heading north and settled in for the ride.  Dover did ask if I wanted a facility hand off or something to that effect. I declined knowing it's VFR and I really don't need the short ride with Philly. I much rather listen to the traffic and build that mental picture of whats going on at ILG. 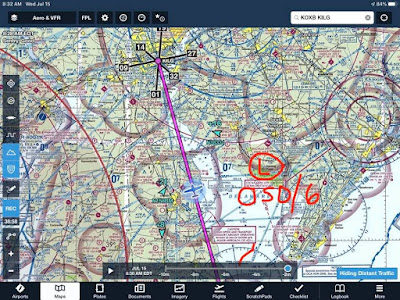 I was planning for runway one but I was changed up to enter a right down wind for runway nine. There was a jet landing ahead of me and I was cleared number two, to land. I made a nice landing and taxied off on Kilo 5 then turned on Kilo. I rolled off the taxiway and sat on the old Boeing ramp just outside the dashed yellow lines. I wanted to set up for my flight back to Ocean City. 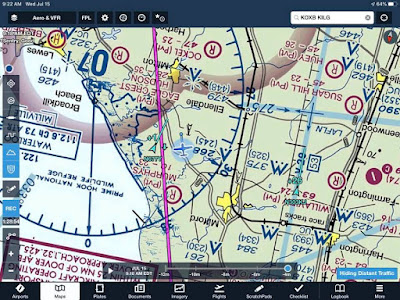 I made my call to ground when I was ready and then they turned me around, headed back to Kilo 5.  I rather a full length departure and asked ground for it, they approved, and gave some messed up taxi instructions.  I was now turned around and headed to Kilo 6- Kilo, at least according to the taxi diagram. 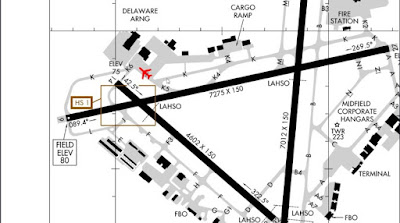 I did ask for confirmation if I was clear to cross runway one-four, since there was a hold short, even though it went around the approach end of one-four.  The crossing was confirmed and off I went. This is where I brain farted.  I stayed on ground since the controller was working both and advised ready to go Kilo and RWY nine.  I was cleared for take off.  It was confusing since the controller mixed me and another plane up with a similar call signs.
The flight home was at three thousand five hundred and smooth.  I monitored Dover approach but did not ask for flight following. It was a beautiful day to fly and get the oil pumping in 3 Tango Charlie.  I finished up the day crossing midfield for the left down wind entry for runway three-two at Ocean City.  I made an ok landing and taxied for the hangar. 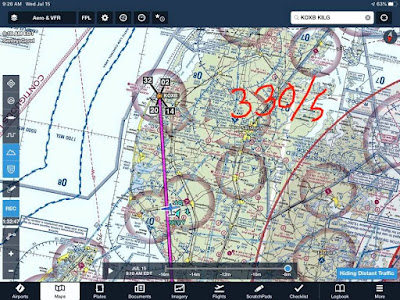 I am going to make an effort to fly this weekend or maybe Monday to get ready for our flight to meet up with the Beech Aero Club on the 25th in Martinsville, VA.
Posted by Gary at 3:15 PM