It's an early start to a beautiful but chilly day here at the eastern shore.  It was a bit nip at just 27°.  The plan is to once again take the Cape May Lewes Ferry across the Delaware Bay to the Jersey shore.  I am hoping this is not becoming a trend, having not ridden the ferry since I retired and now twice in one week. Although, I am happy to report since turning 62 I got a $2 discount. Woo Hoo.
Boarding begins for the 8:45 departure. As I make my way onto the boat, in my rented Nissan Mirage,  I find myself in the exact same position as our return trip this past Sunday. I am number two on the right side, starboard I believe, side of the boat.  Here I will sit for the next hour and a half trying to nap or starting this blog post. Maybe being out on the water will inspire me, I think I’ll have a better shot at taking that nap.

The crossing will take another forty-five minutes to arrive at Cape May.  I was awoken from my nap by a car alarm that went off, some people just don’t listen to the departure announcements.  I guess it’s as good as time as any to break open my croissant with bacon and cheese from Dunkin’ Donuts. Today’s ride is not as flat as Sundays, I’m enjoying a little bit of a rolling motion from side to side. The couple behind me is passed out in their SUV,  I even people watch on the ferry boat. Upon my arrival to Cape May I will head directly to woodbine Airport in order to settle up my bill with the folks who fixed my plane. This short hop should take maybe 30 minutes. 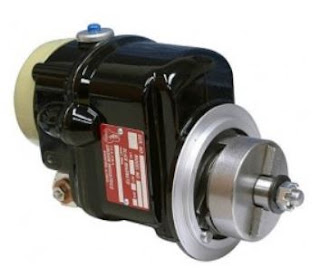 I arrived at Aerial Services in Hangar 5 located on the Woodbine Airport. They are located at the top of the T intersection of John Penn Blvd.  I went in the door for the Flight School and met Dave, the man I needed to see in order to square up my bill.  We chatted about different planes and how our brides think of it as just another form of transportation.  We got a good laugh on that one.

The repair bill break down as follows:

With my bill squared away I pointed my rental car to Ocean City Airport. It was another short drive, maybe 30 minutes with the  restricted travel lanes due to road construction. I got the ok from the man at the terminal desk to drive through the gate and load up a few items in 3 Tango Charlie. The cover was damp and folded up in the baggage area, that will need to dry out when I get home.

My next stop was in Summers Point NJ to drop off my rental car at Enterprise. I was really ticked that last night they told me I could not get shuttled back to the airport until 1 pm. I'll take my chance since it's noon and saying no to a customer face to face is way harder then over the phone. Sure enough I rolled in, parked the car, and went inside. Yes, I was ready to do battle if need be. I approached and politely asked for a ride back to the airport since I was told they don't do pick ups at the airport. I did remind them that the airport staff said they do pick up cars, at least during airshow events. I got that look, then a pause, followed by a driver to bring me back.  Hey, it works for me.

The scariest part of my trip was the drive back to the airport. Tom, who will not remain nameless, blew through stop signs, two, and refused to listen to my road closure alerts.  Instead he turned down Bay Ave and ran right up to the ROAD CLOSED barricades. He did comment they must be doing construction....really? I tried to tell you Bay Ave was closed. I even asked if he was ready for Christmas, there was a long pause then he simply said, yeah.  We went down a few closed streets, even drove behind the barricades at one point, drawing attention from the workers.  I held both hands up, pointed to the driver and shook my head. They laughed, I didn't, I was still belted in the car with him. Finally the driver listens and takes us past the closure and pulls into the airport. I was unbuckled and out the door as soon as the car stopped rolling. Seeee Ya!

I chatted again with the man at the desk, wishing him a Merry Christmas and thanking him and the staff for their help. With that, I was out the door and ready to get to the business of getting 3 Tango Charlie home.
I had jumper cables and the battery connection if needed. I completed my fuel sump, and preflight inspection. With everything secured I followed my cold start procedures and cranked 3 TC over. With a slight stumble she caught and came to life. I was happy I didn't have to crank very long. I sat patiently and watched my panel oil temp gauge and JPI monitor temp slowly climb. Once it hit 120° I released the brakes and taxied for runway six. EGT and CHT's looked normal and she felt right. I once again set the parking brake and followed the checklist for the run up. Both mags checked out fine as I flowed through the list, I even gave them a second check.

My plan was to depart runway six, if not in the air by midfield I would pull power and apply heavy braking to get stopped.  Once past Vr and in the air I would best angle climb and turn out to the west over the wetland area, avoiding homes. I was happy with my plan and with that rolled on the runway.  Brakes were applied and two notches of flaps verified as I increased throttle. 3 Tango Charlie was lurching forward, ready to go, and I cut her lose. I quickly climbed into the air and with a careful pace retracted my gear and flaps.
I shadowed the Jersey Shore as I climbed for six thousand five hundred feet for my Bay crossing. The plane felt great, no issues, just like her typical self. I continued across the Delaware Bay and eventually let down for Ocean City. Weather was reporting winds 070 at 7 or 8 so runway two was the choice.  Besides, there was a school plane doing pattern work on the same runway.

I slowed down and configured for landing as I continued to bleed off airspeed. Adding the last notch of flaps I set 3 Tango Charlie down smoothly, riding that wheelie and burning off speed. I sent Mary a text letting her know I was down and she said she would drive over to get me. I had totally forgotten I had no wheels at the airport.  Thankfully Mary was on it.

I’m glad to see that 3TC is back home now with everything in good working order. In hindsight, was there any indication or advance warning that the mag was on its way to failure? Always looking to see what can be learned from instances like this - if anything.

Chris, The only possible indication was the hard hot starts. I'll know more as I fly the plane and try the hot starts again.

I am also looking into downloading the JPI data to review. Not sure of the process or if my JPI has the data feature available. More info will follow as I learn more about the system.

I had every confidence that you would probably chase this down! I did wonder if this factored into your hot starting difficulties.

Enterprise rental car generally sucks. I try to avoid them.