Please note, I'm not a CFI, CFII, and I did not sleep at a Holiday Inn last night. My 'How to" videos are based on my experiences only.

In response to a viewer question I put together a short "GPS How To" on eliminating the Procedure Turn (PT) on the approach when not needed, with regard to approach plate notes like this one listed on the RNAV 28 at KOEO. 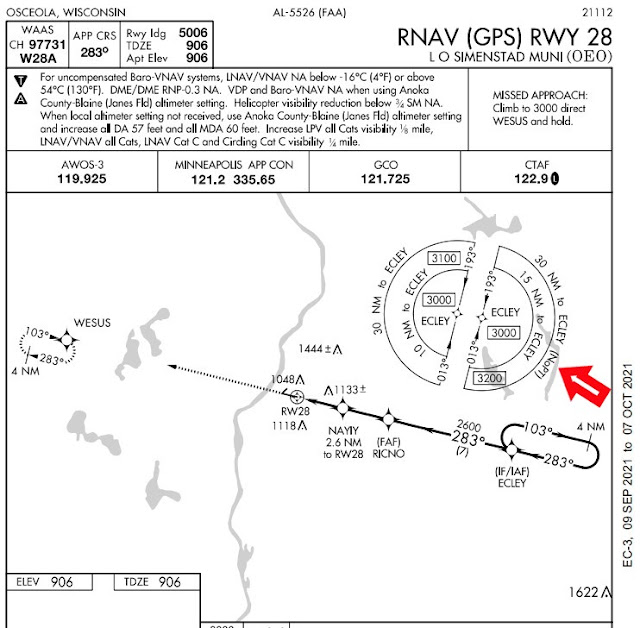 On the Garmin GNS 480, once the approach is selected, the SUSP will illuminate when within 1 mile of the PT. At this time press the SUSP button once, and it will eliminate the PT and continue to the initial fix selected. From that point it will turn to fly the next segment (next leg) to the final approach fix (FAF)and then to the runway.
Posted by Gary at 9:13 AM No comments: 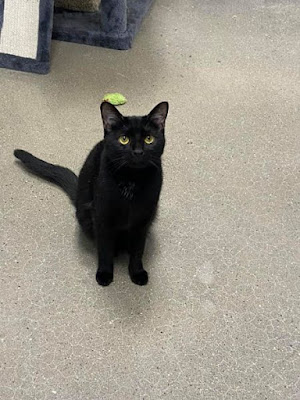 Introducing our newest member of the family, Binx, a domestic short hair.  Yes, we know it's a male cats name from the movie Hocus Pocus, but we decided to keep it just the same for this little girl. We adopted this cutie from Town Cats, the local cat shelter here in Ocean City, MD. 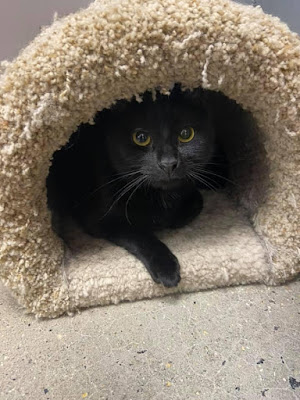 Binx is slowly making her way out of hiding, she is absolutely a night-stalker. Our new little huntress eventually made her rounds through the house under the cover of darkness on night two. Her prowl started at 1am and she secured around 5am, unknowingly she was captured on security cams. This little lady even made herself at home on Ziva's bed. I'm sure there will be more to come once she meets Ziva face to face. 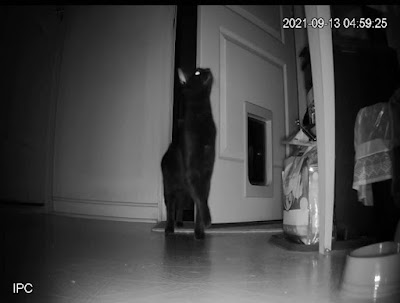 It will be nice to have another cat in the house.  We lost our Inky back in April 2018, Jake in March 2019 and George quickly followed just two weeks later.
Posted by Gary at 6:57 AM 1 comment: 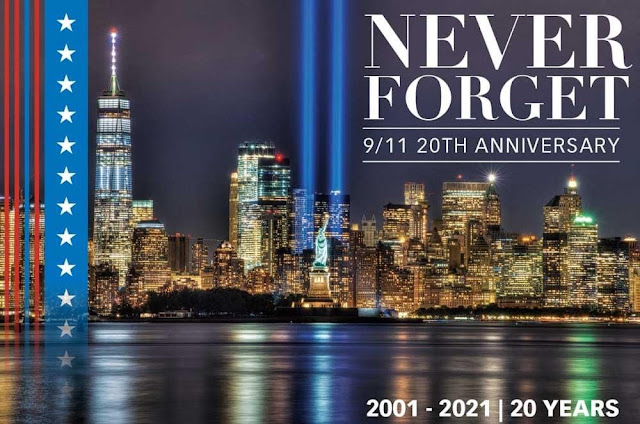 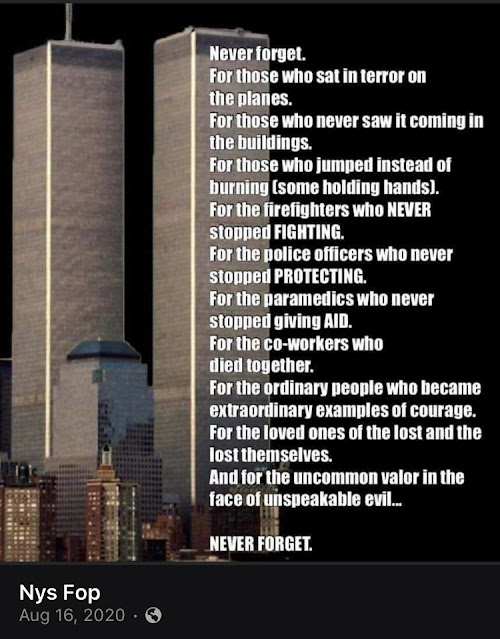 Breakfast with my Bride 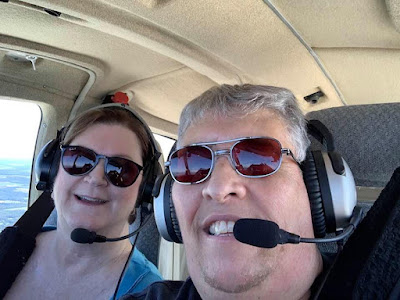 The weather in the mid-Atlantic is absolutely gorgeous for our Labor Day weekend. Humidity gone, rain nowhere to be found, sunshine in abundance.

Mary wanted to join me for a short breakfast hop to Cambridge, MD - KCGE. I am always happy to have my bride fly with me; we were both excited to get in the air. 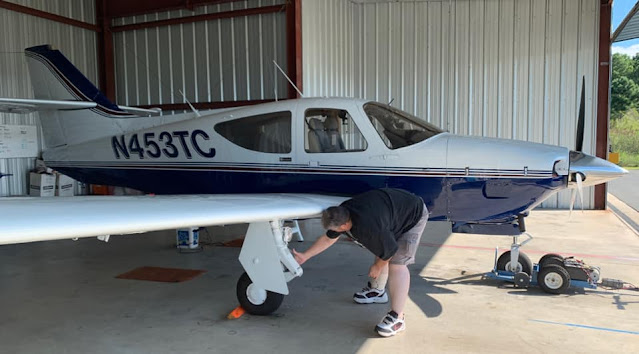 I did need to stick the tanks, and confirm fuel on board 3 Tango Charlie. I thought I had thirty-five gallons left after my last flight but honestly could not remember the exact number. After using the fuel stick I was able to confirm forty-three gallons. No fuel would be needed for the hour round trip.  Saddle up!

I climbed away from ocean city on a 320° heading, and then turned direct CGE.  The ride was smooth, cool, and the view unlimited. I did not video today, instead, I enjoyed my time with my bride. Patuxent approach was quiet as we skirted the north side of the Salisbury Class Delta. I switched com two over to pick up the weather at Cambridge. Winds were 260° at nine knots, making runway three-four my choice.

The on-field restaurant, Katie's, was busy with the one waitress playing hostess and bus boy. Thankfully, everyone was patient. It was nice to just sit and chat with my bride while we watched the many hummingbirds swarm the multiple feeders on the windows.

Once we finished up we headed back out to the plane to head home. I did a walkaround and then climbed aboard. When we arrived there were only two planes at the tie downs. On departure the front row was full, we had beaten the lunch crowd. 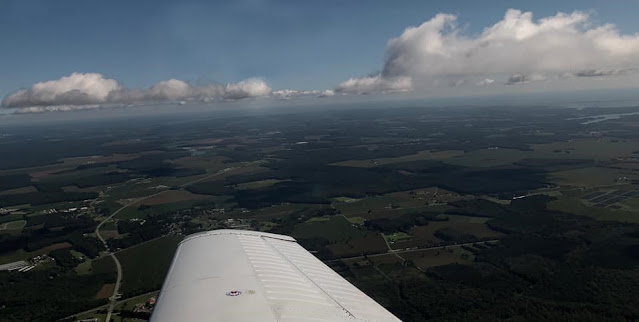 The return flight was a simple course reversal, again avoiding the Salisbury Class Delta.  As we passed by the north side of the Delta airspace at two thousand six hundred, Patuxent approach called us out as a target for an American Airlines Embraer-145 crossing our path, south to north, at three thousand. The Embraer was cleared to nine thousand and we stayed on our heading and altitude.

Once clear of the Delta airspace I switched over to CTAF at Ocean City. There were a few calls from Woodbine NJ and zero traffic at the home base. The position calls at ten and five miles went unanswered and I made a nice landing on three-two to end the day. 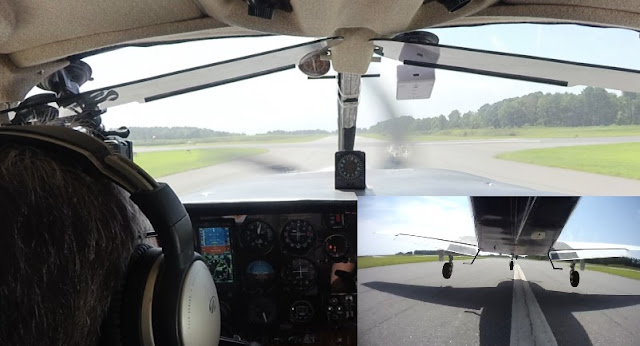 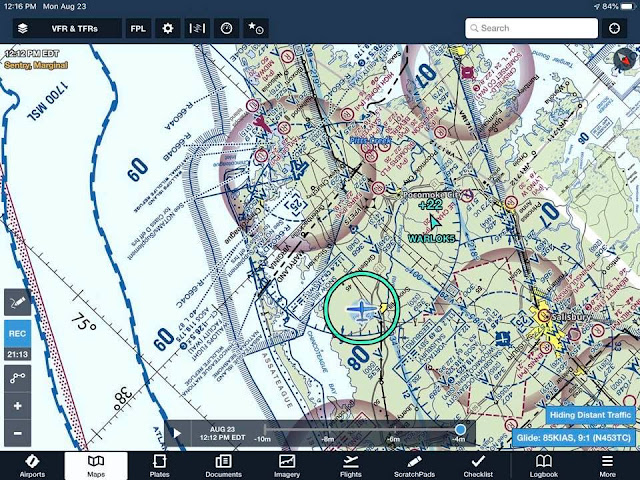 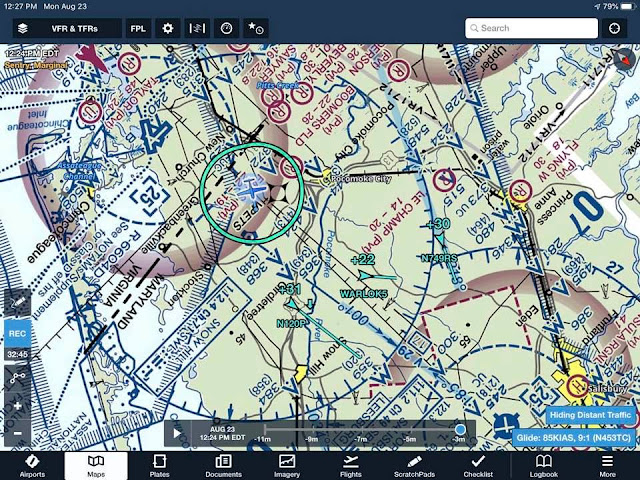 Overall a fun short hop to shed some rust and enjoy the quiet time in the air.  We have a few flights planned for September; Jekyll Island, GA and then on to visit HGTV's Home Town location in Laurel, MS.  Stay tuned!
Posted by Gary at 10:30 PM 2 comments:

My hangar neighbor and fellow pilot, Chet, added a new plane to his stable.  Today he flew in with his new to him 1968 Cessna 182L. What a beautiful plane, and in Flyers orange and black. I only note this since Chet is from New York. I should note Chet still has his Cherokee 180 and it's currently at Republic Airport located in Farmingdale, New York - KFRG.

Avionics include a Garmin 430WAAS and a Garmin GTX 345 Transponder. I didn't note the audio panel. The paint and interior are in very good condition, the plane has been well cared for.  I'm looking forward to a flight in the 182 some time soon.

I think I'll find a Flyers decal to pass along. <evil smirk> 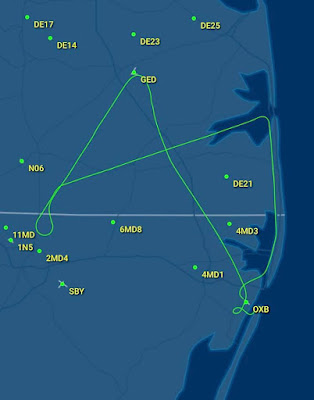 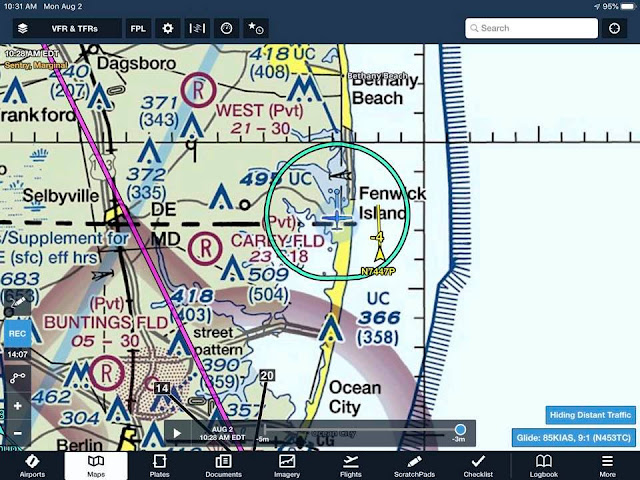 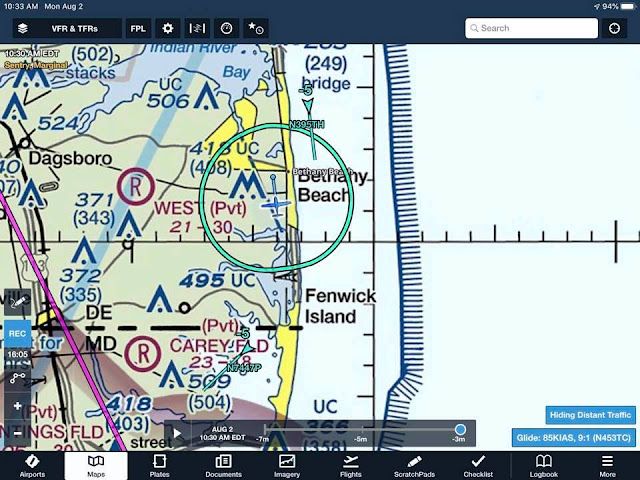 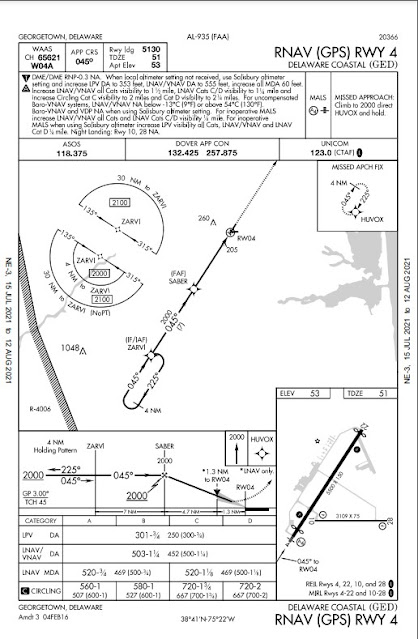 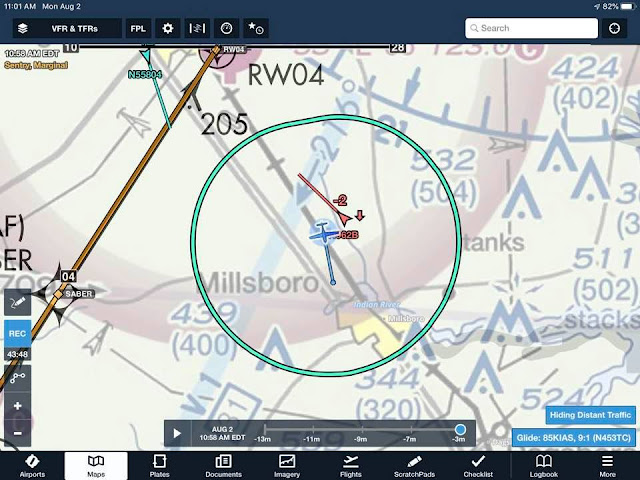 The remainder of the flight was uneventful, that's always a good thing. I crossed over midfield and repositioned for the left down wind runway three-two and flowed through my GUMPS check multiple times. I ended the day with an ok landing, feeling like I rolled the mains on with a short hop. Reviewing the video it didn't look as bad as it felt.
Posted by Gary at 5:03 PM No comments: