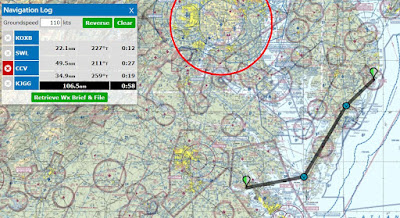 The emails were sent and plans locked in for our flight to Williamsburg. One snag...Mary woke up this morning with a migraine so she backed out of the flight. Once I made sure she was ok and had a dark quiet room along with something cold to drink, I slipped out for todays flight.
﻿
Yesterday was busy as we caught up with my Sister Denise and her Husband Dave for an early lunch at Jimmys Grille in Bridgeville Delaware. That was followed up by some snooze time and then we met up with our neighbors Ginny and Bill for dinner at Sello's. Maybe too much activity brought on the migraine.

Today was going to be an easy flight and a tour of the Williamsburg winery. Since I was going to be solo I thought I would try to catch up with friends Ryan and Katy and pass on the winery.
﻿
There was a good turn out this morning in the pilot meeting, at least eleven people. Once everyone had an aircraft to fly or ride along confirmed we headed for the ramp. I got the fan turning on 08Romeo since I already had preheated, preflight completed and taken on fuel.﻿﻿
I taxied out for runway two-zero and made a few calls to Potomac Clearance Delivery, no answer.  Heck with this, its gorgeous out, I launched. I did pick up flight following with Patuxent and was on my way headed south west towards Snow Hill. I settled in at six thousand five hundred with the hope of evading the sixteen knot headwinds, no luck.
The view was relaxing and the ride smooth, very enjoyable. I was handed off to Norfolk approach and left the peninsula behind me as I crossed the Chesapeake Bay. There were two container ships below, one off each wing. The left side cargo ship had a big target on the center of the deck, maybe for a helicopter, very strange but provided this simple mind some funny what if thoughts.

Ok, enough about tossing make believe bombs over the side at my make believe enemy shipping target and get back to the present day. I canceled with Norfolk and started down for Williamsburg. I had traffic inbound from the north, a Mooney and a few other aircraft in the area. I made my ten and five mile calls and had the airport to myself as I crossed midfield and entered a right down wind for one-three. I was a little hot and floated, settling the left main down for the cross wind and then planted the right and nose. It was a very bumpy ride on the taxiway back to the terminal. 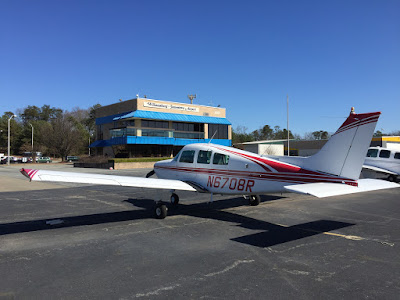 I was the second plane on the ground and we waited for the remaining aircraft to land. One by one they each landed and taxied for the ramp, all arrived safely. The weather was perfect but the group opted to eat inside, probably best for conversations. 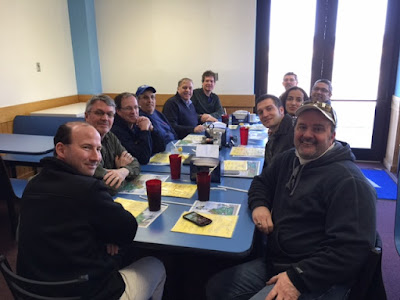 We each had our fill and I managed to purchase a loaf of the fresh Bavarian bread. Usually they don't sell any bread until the end of the day but our waitress pulled it off. Most of the group decided to go over to the winery once the taxi arrived. Three planes decided to head for home and I was the meat in the sandwich. 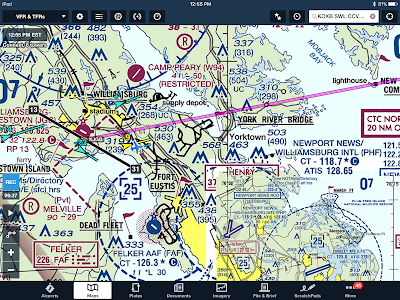 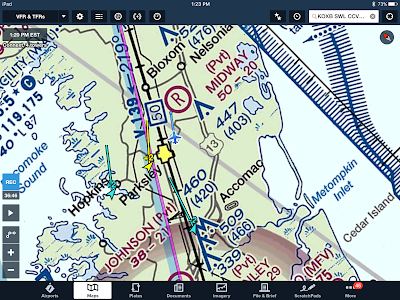 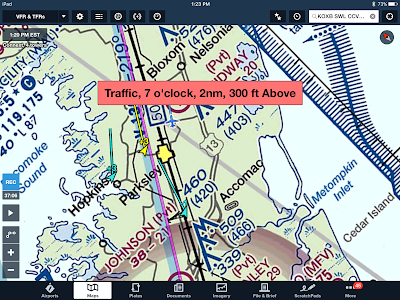 I kept the eyeballs out the window searching for the two aircraft.  I did see the trailing bird as we crossed the York river bridge and I had two thousand foot separation for altitude, plenty safe.  The second aircraft kept getting closer and since we were all headed home to OXB the three of us mirrored each others moves. At one point Norfolk called the "three in a line" out to another plane headed in our same direction but behind us. I was monitoring but not talking to approach. 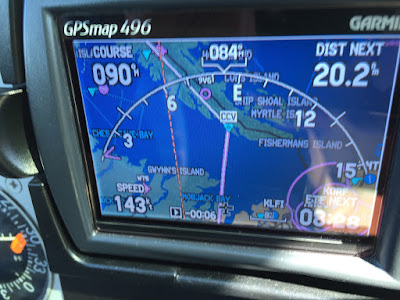 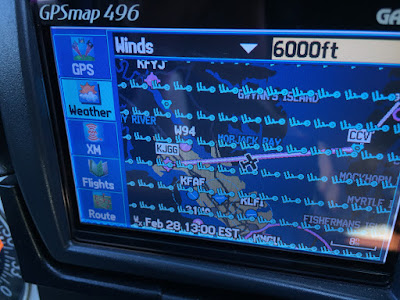 The ride home was with a tail wind, that's always fun.  My Sundowner out ran both Cessna's. Once we crossed the Bay I never was able to get a visual on either plane and they were within two miles. Thanks once again to the ADS-B traffic.

I deleted the Snow Hill VOR from my flight plan and tracked direct Ocean City, saving a little time.  I made my calls and entered the left down wind for runway two-zero and made a smooth landing. As I taxied back towards the ramp and crossed runway three-two I saw one Cessna land and the other turn base. The second guy nailed it... He was off by the runway crossing.
Next month I think we are headed to First Flight. Maybe Mary and I will make this an overnight stay.
Posted by Gary at 4:41 PM No comments:

I recently installed ADS-B in 08Romeo and with that comes the FIS-B weather. I have yet to cancel my xm weather subscription and I don't think I will. After many flights and comparing the two side by side I think xm does a better job for detail and actual coverage.
FIS-B is short for Flight Information System-Broadcast. FIS-B is a data broadcasting service that works with ADS-B to allow aircraft operators to receive aeronautical information such as weather and airspace restrictions through a data link to the cockpit.

The system gathers information through the use of ADS-B ground stations and radar and delivers that data to an aircraft's onboard cockpit display in the form of weather alerts, airport information and various other reports. FIS-B was created for use by general aviation pilots.
﻿ XM Weather is available from runway and takeoff to final approach and landing, having XM WX Satellite Weather onboard boosts pilots’ situational awareness through interactive graphical weather updates on compatible displays.
﻿ Available instantly and continuously broadcast, the XM WX data stream includes high-resolution NEXRAD radar, lightning, satellite imagery, METARs, winds aloft and more.
XM WX Satellite Weather employs a unique satellite delivery mechanism to ensure constant, reliable weather coverage, no matter how thick the clouds get or how hard it rains.

What have others noticed with their onboard weather and what system do you prefer?
Posted by Gary at 2:11 PM No comments:

Ocean Aviation coordinated another fun flyout to KCGE, Cambridge Maryland.  Breakfast at Kay's! Pilots meeting was scheduled for 9:30 and Mary and I checked in early. We had already tugged 08Romeo out on the ramp and closed up the hangar, we were ready to go. 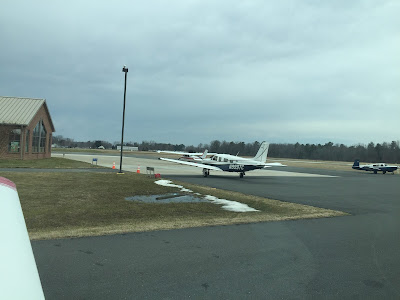 I was first to take off and would get in line to hold a table for the six participants.  The ride was smooth at three thousand as we cruised over Salisbury airspace while monitoring Patuxent Approach. For the Cambridge run we have to cross the restricted area R-4006. Stay below the 3,500 foot floor and your good to go. 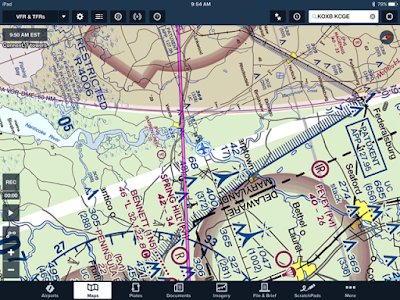 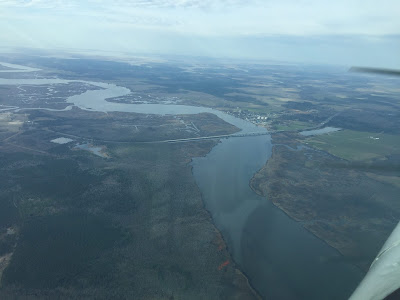 Everyone arrived and we were seated at a table overlooking the ramp, always a good view. Breakfast was a bit slow coming out but the food was very good. Good aviation discussion along with a mix of political topics that seemed to get everyone involved. 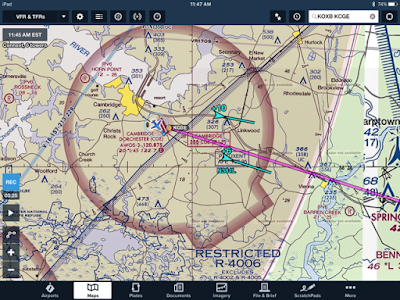 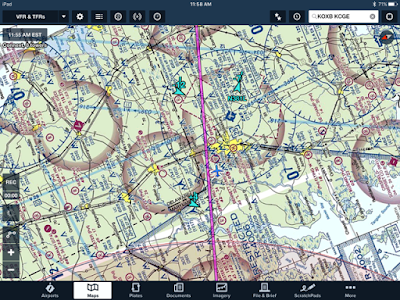 We finished up breakfast and decided on our next flyout location. I can't tell you...it will be in a future blog post.
The weather was calling for rain this afternoon, I think the time table has advanced.  The sky was getting dark to the west, thankfully we were all making a run east to the coast.
Fun time with new friends and finally getting to know pilots on the home field. Maybe I'll even find a safety pilot along the way.
Posted by Gary at 10:46 PM No comments: 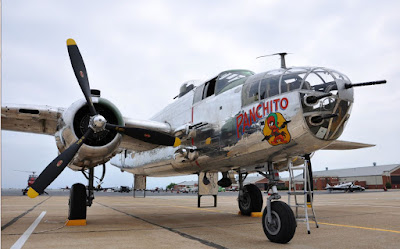 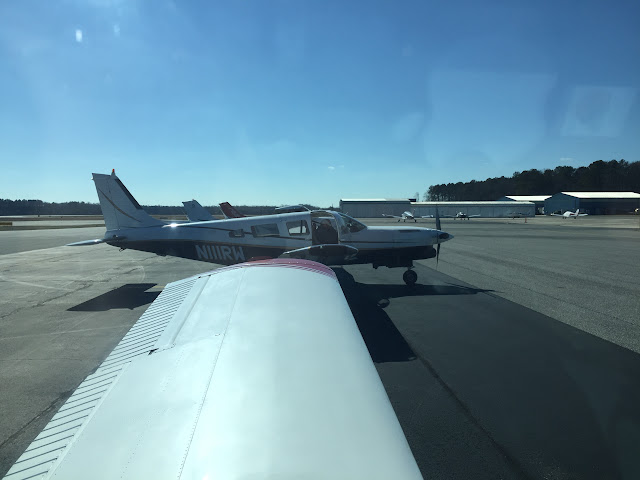 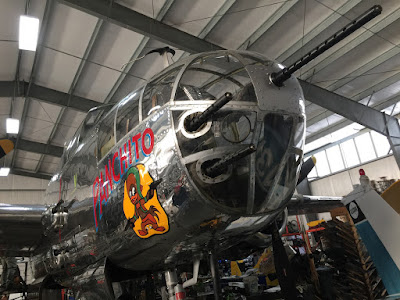 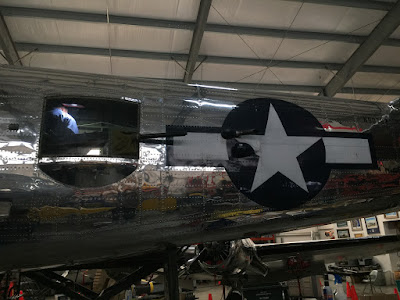 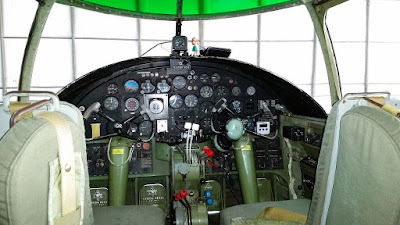 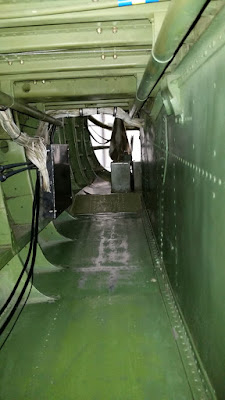 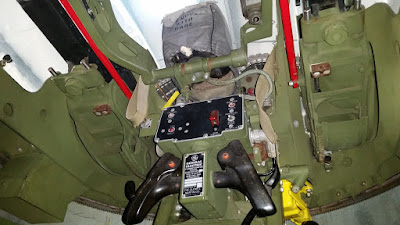 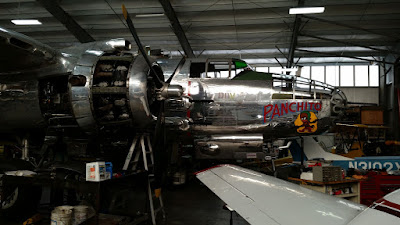 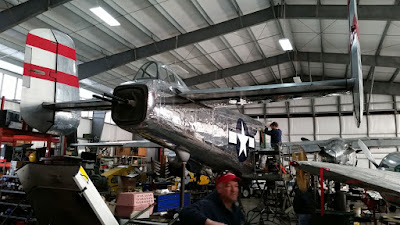 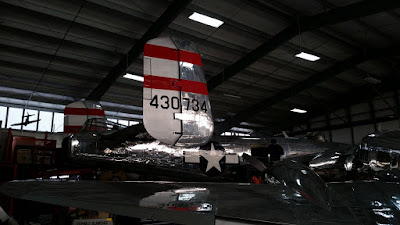 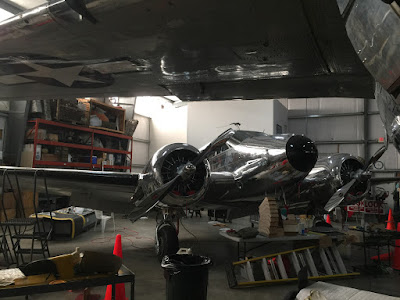 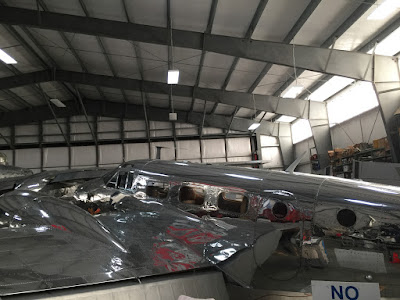 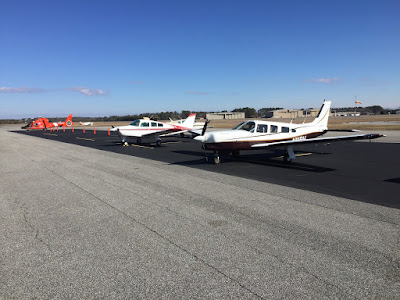 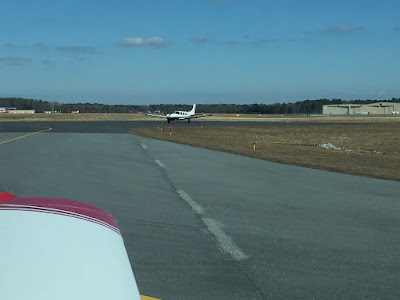 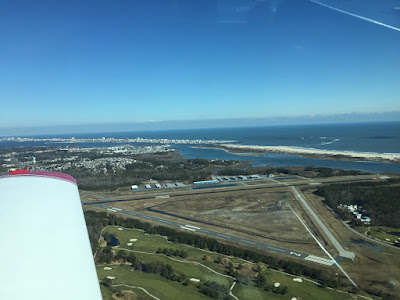