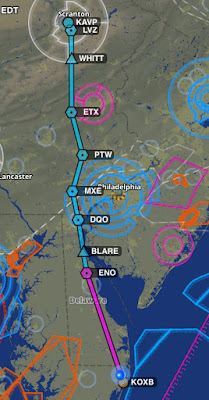 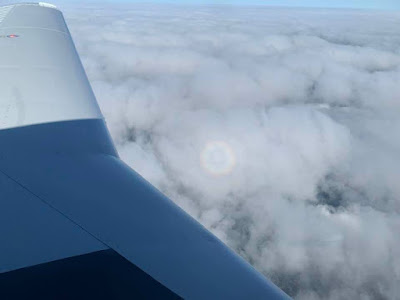 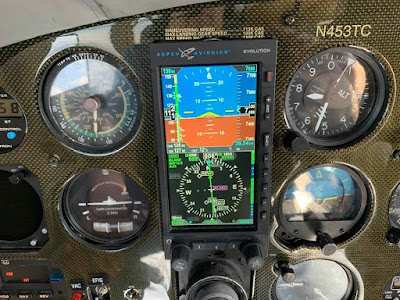 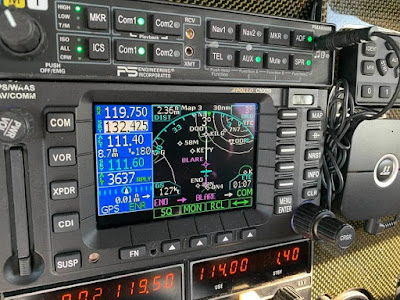 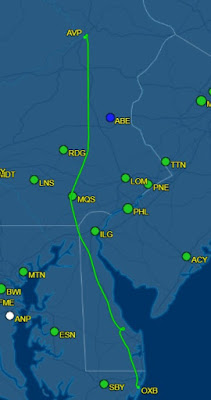 Lets Head Home
We saddled up in the courtesy Jeep and headed back to the airport, retracing our steps.  So much has changed and it's been a year since I was last there, some of the lay of the land has slipped away.  Maybe the brain decided to purge things not required for the day to day operation.  Insert an eye roll and a disgusted shake of my head.
I settled my fuel bill and Mary purchased a coke for the ride home. 3 Tango charlie started up, ran for a bit and died.  Mary asked what her problem was...maybe the nut behind the yoke should switch the tanks to both instead of off. Yikes!
With the plane once again started and oil warming I did the chug and plug to enter my return course, a reverse of this morning. The sky had opened up and I didn't have a problem climbing for my planned altitude of six thousand five hundred. Once clear of the mountains and wind turbines we enjoyed the sun above the layer of clouds below.
Wilkes-Barre handed me off to Allentown and they in turn handed me off to Philly.  They must be short staffed since Philly kept me on the one frequency all the way south of their mode C ring without a hand off.  Eventually I was handed off to Dover and road along with them for a good portion of the flight over Delaware.
I had a traffic call out, some jet at seven thousand opposite direction just five hundred feet above me. The jet passed by from my two o'clock, down my right side. I advised I had the traffic. The jet climbed to eight thousand, on his own, and approach gave him some static. He deserved it.
I cancelled with Dover so I could make my way for a hole in the cloud layer. I needed to descend from my cruise altitude.  I found a long slot leading from my position, closer to Delaware Coastal KGED, towards Cape Henlopen, this would work just fine. I descended though the wide open hole following the slot then turning back to drop below the cloud layer.  Easy peasy, and our reward was a bumpy ride the rest of the way in.
I had announced my position at ten and five miles out, switching from runway two to runway one-four.  A bit less of a cross wind and a longer runway, just in case. The jump plane had taken off on our way in and I wanted to get on the ground before the jumpers if we could.  It all worked out, and despite some crab action on the way in, I made a nice landing to end the day.
Posted by Gary at 6:57 PM 3 comments:

The North East Flyers were meeting up at Katie's in Cambridge Maryland today.  KCGE is just a short hop and one of my favorite places to have breakfast, I was all in from the minute this fly-in was posted. 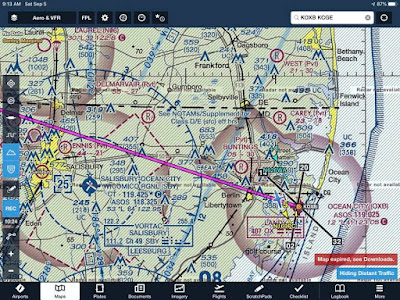 I headed to airport in time to launch around 9am. The flight was twenty minutes but I wanted to secure a tie down and maybe get some pics of the other planes attending. 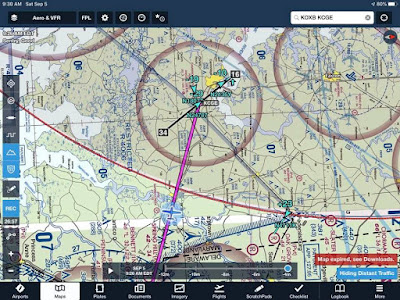 As I let down for the pattern I heard Charles G from New Garden calling base and final, I was maybe five miles out at that point. I ended up making a straight in for runway three-four and despite dodging a Bald Eagle and gusty winds I somehow managed a nice landing. Today's flight was up to my typical pilot procedures.  Having flown not to long ago I felt right at home and didn't miss a beat.
Today provided a special treat, a chance to see my friend and fellow pilot Jeff F, from Michigan.  He was at Lancaster, PA to visit family and took them flying. It made my day seeing him and his Saratoga at Cambridge.
The restaurant wasn't that busy but they had one person waiting tables and one cook on, it made for a long wait. The food was good, once it got there, and the conversation to hold us over was excellent. Bob C, Brett and I talked airplanes, and Bob's passenger Ryan seemed eager to learn to fly.  Ryan is also a Firefighter along with Bob C.
We sat and chatted for a good bit then decided we should head out to our rides and saddle up for home. I managed a few pics of the planes and then climbed aboard 3 Tango Charlie.

I was number one to taxi out and get my run up completed holding short of runway three-four. Bob was number two and Brett third to go. The ride was bumpy below two thousand so I climbed to three. Bob texted me his ride north was bumpy for most of the flight.
The ride was smooth going home until once again letting down for the traffic pattern. I was number two for the field and made my calls along the way. Winds were 030/10-G19 so I made my way in for runway two. A bit bumpy but an overall nice landing and roll out to cross runway one-four/three-two and shortcut to the taxiway. Another fun day of flying and meeting up with friends, life is good.
As I was leaving the airport I snapped a pic of fellow BAC member Allen's Sundowner and there was a Sierra sitting next to his plane.
Posted by Gary at 4:26 PM No comments: 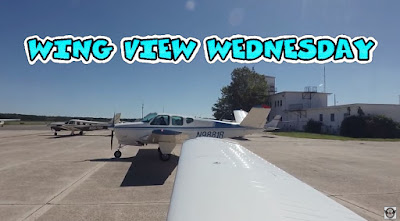 I had plenty wing view footage from my flight on Sunday to Hammonton, NJ - N81, I just didn't use it.  Well, not until today.

When I got home from flying Sunday, I started a headache. Not really feeling that great, I just blitzed through the video editing. I even deleted my dash cam video too, just didn't feel like going through it all. Of course yesterday I felt better and this morning I feel great.

Now, after watching my video, I wish I just waited until I felt better to add all the footage I had captured.  It is what it is, and instead I'm putting together a Wing View Wednesday review of this past Sunday's trip.

So here it is, enjoy.  A little bit of tour guide and noting a few landmarks and waterways along the journey.