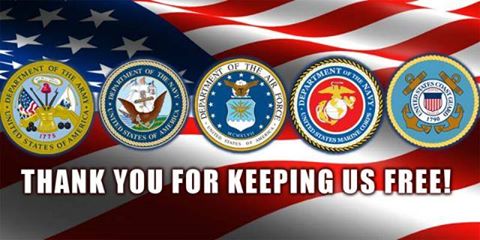 It is unclear where exactly this tradition originated; numerous different communities may have independently initiated the memorial gatherings. Nevertheless, in 1966 the federal government declared Waterloo, New York, the official birthplace of Memorial Day. Waterloo—which had first celebrated the day on May 5, 1866—was chosen because it hosted an annual, community-wide event, during which businesses closed and residents decorated the graves of soldiers with flowers and flags. 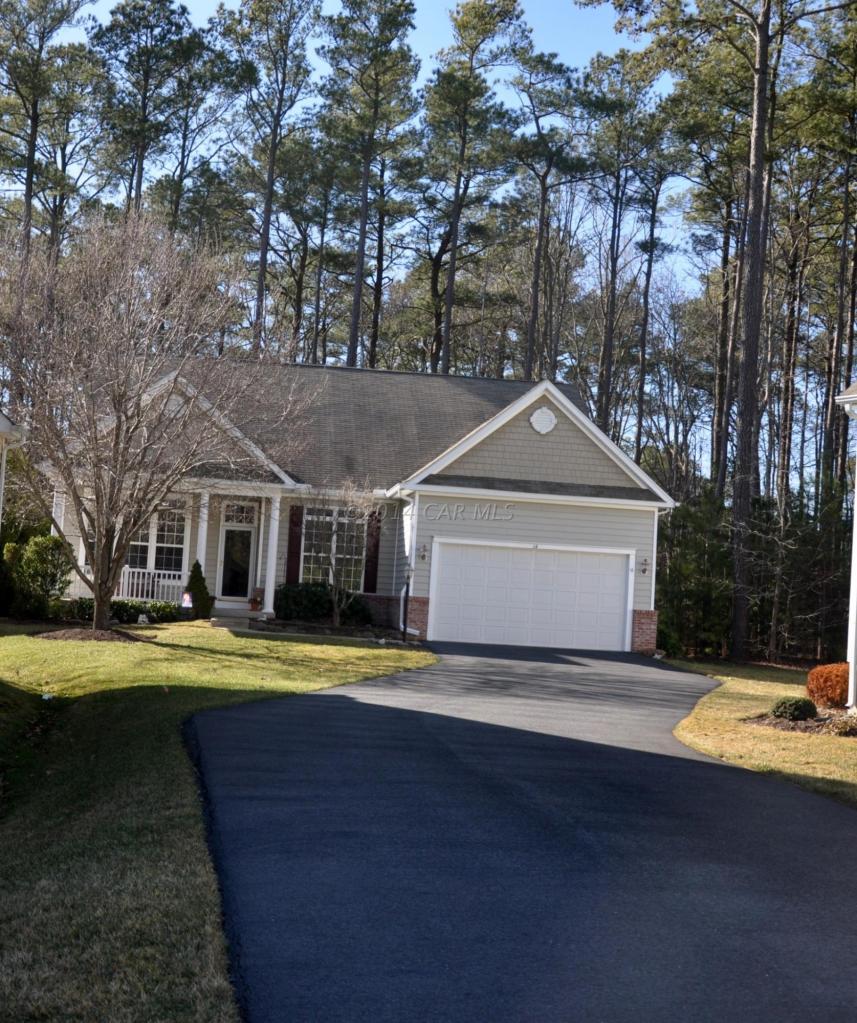 I haven't posted in a while for a few reasons. 08Romeo hasn't been in the air in a few weeks but not from lack of wanting to fly. Mary and I purchased a beach home in Ocean Pines Maryland which we hope to make our retirement home in the near future. 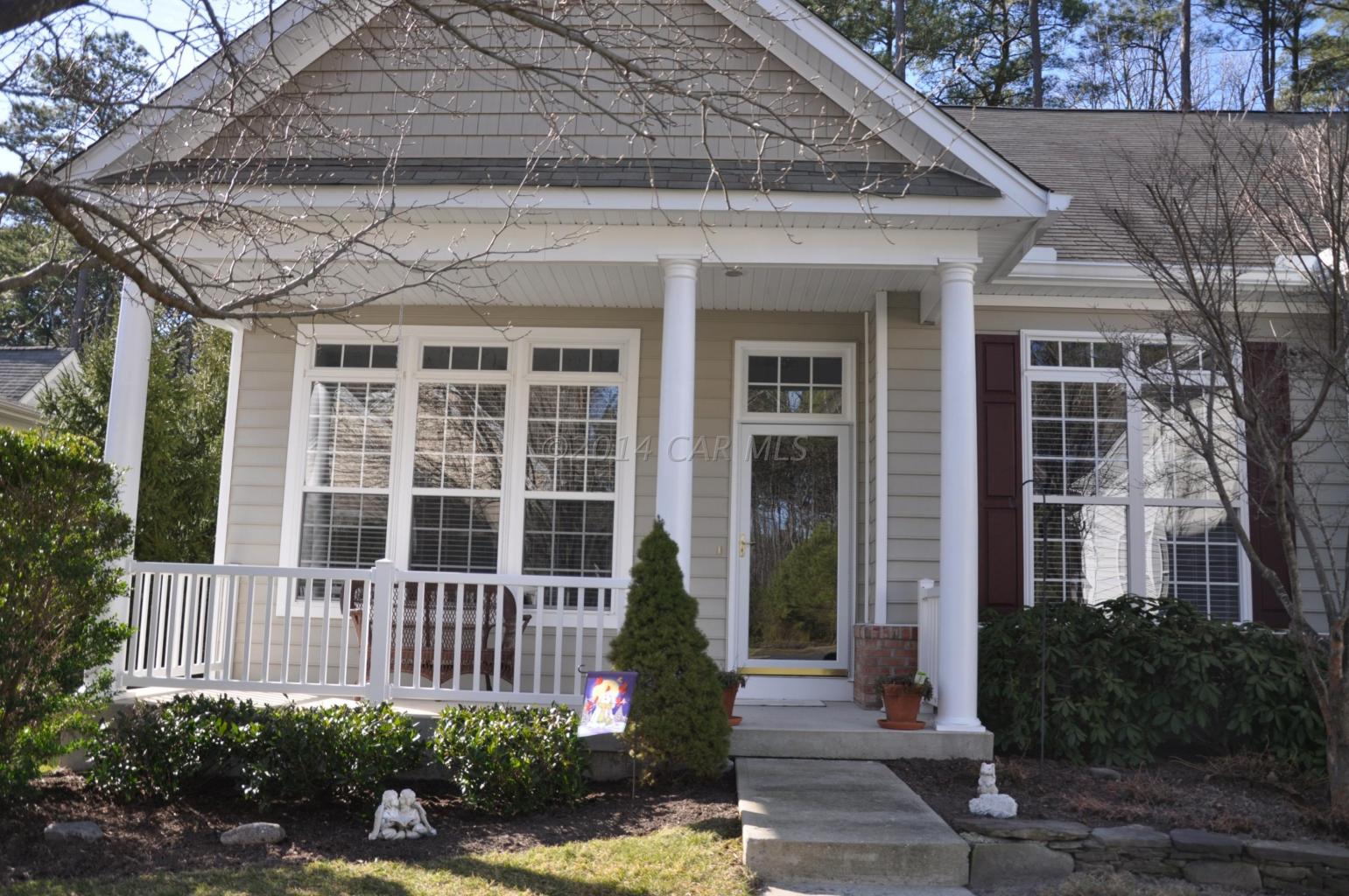 We have been busy clearing out the basement, garage, shed and anything our stager recommended to ready the primary residence for sale. I have a painter scheduled to do the house and we have a few small projects to freshen up the place for listing. 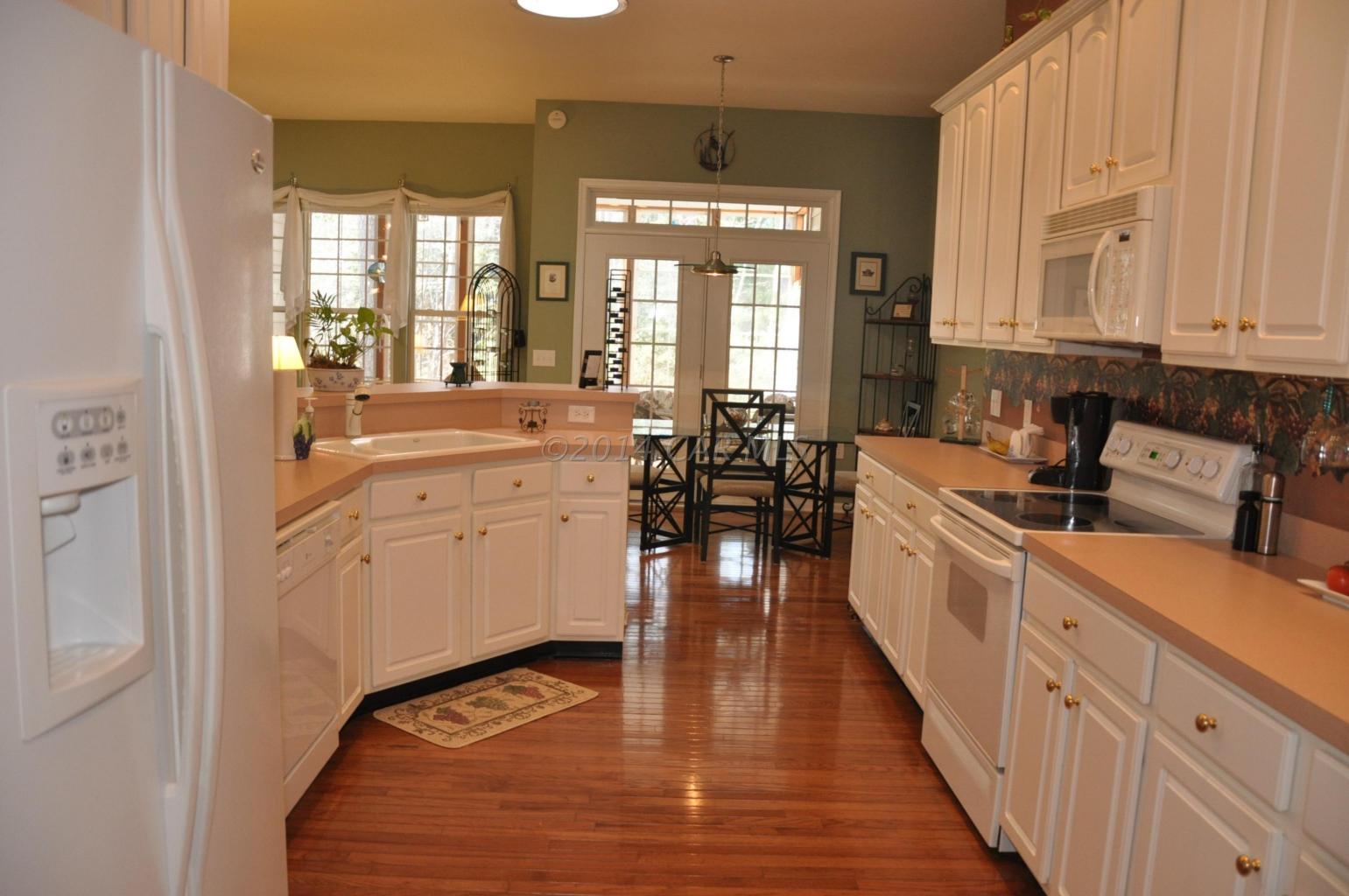 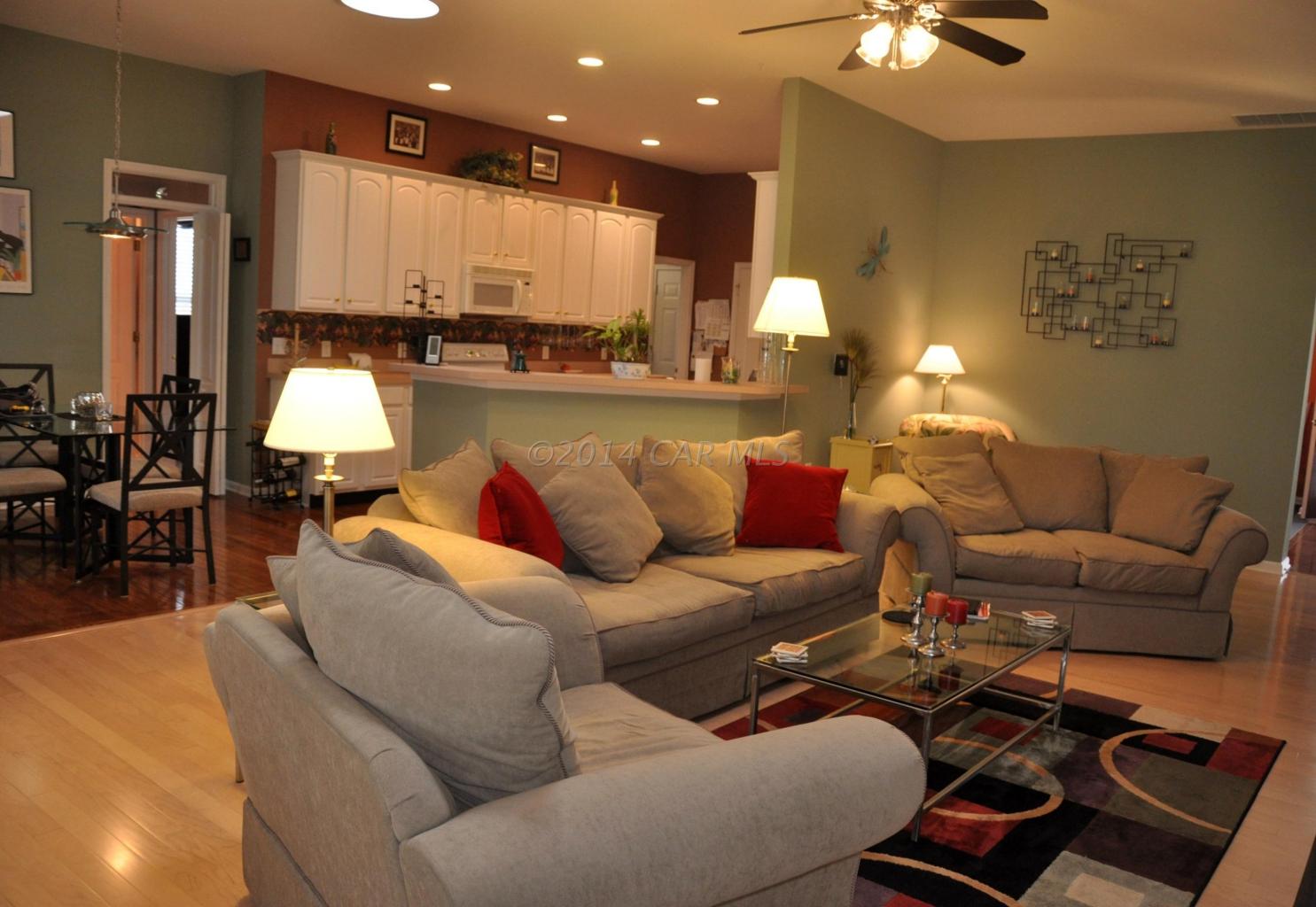 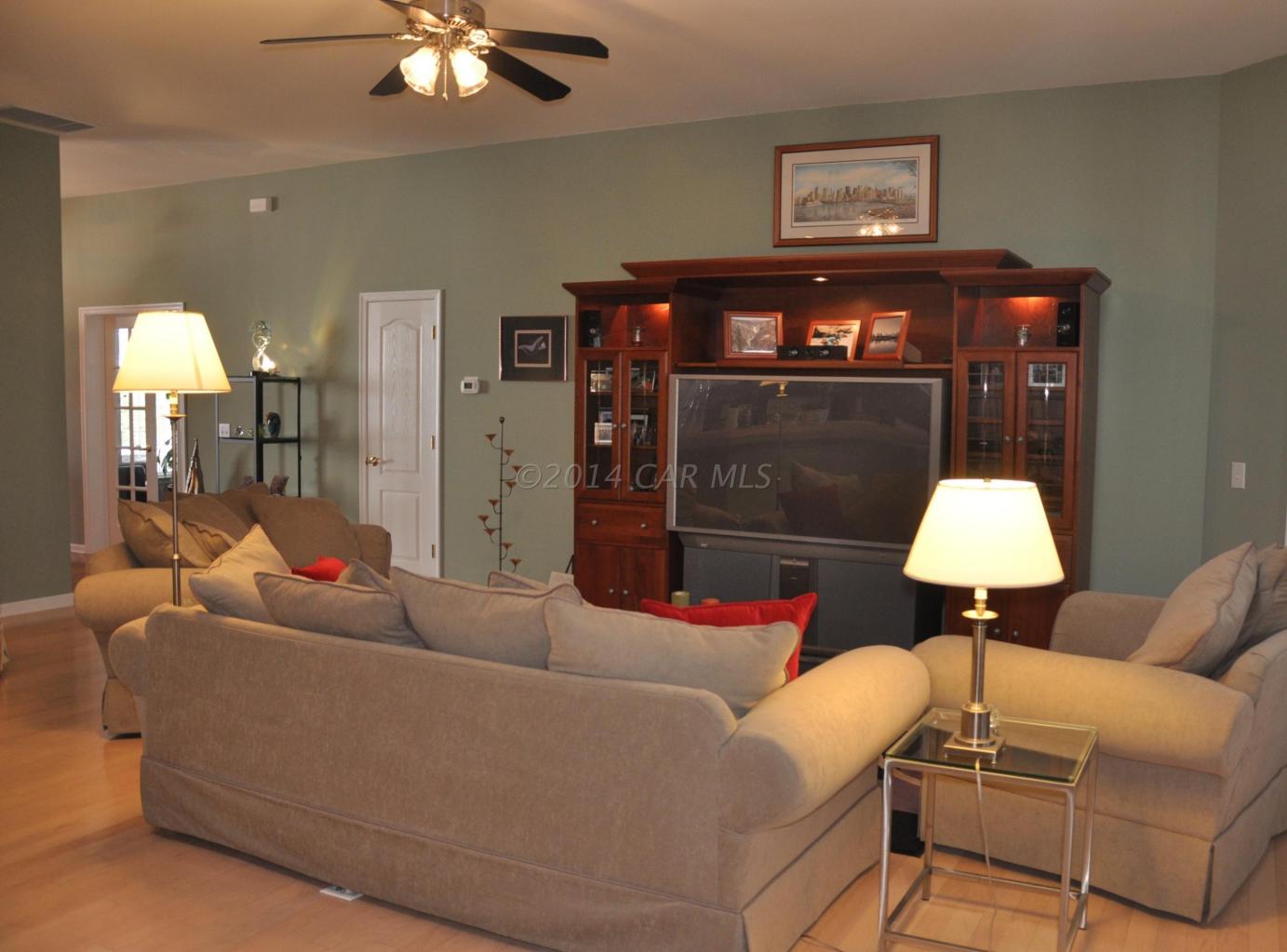 Where the heck do we get all the 'stuff' we seem to accumulate over the years? We are renting a truck to move some furniture to the beach along with clothes, housewares, pictures and anything else the stager has cut loose.  At times it's exhausting, other times we think its great to thin the heard. 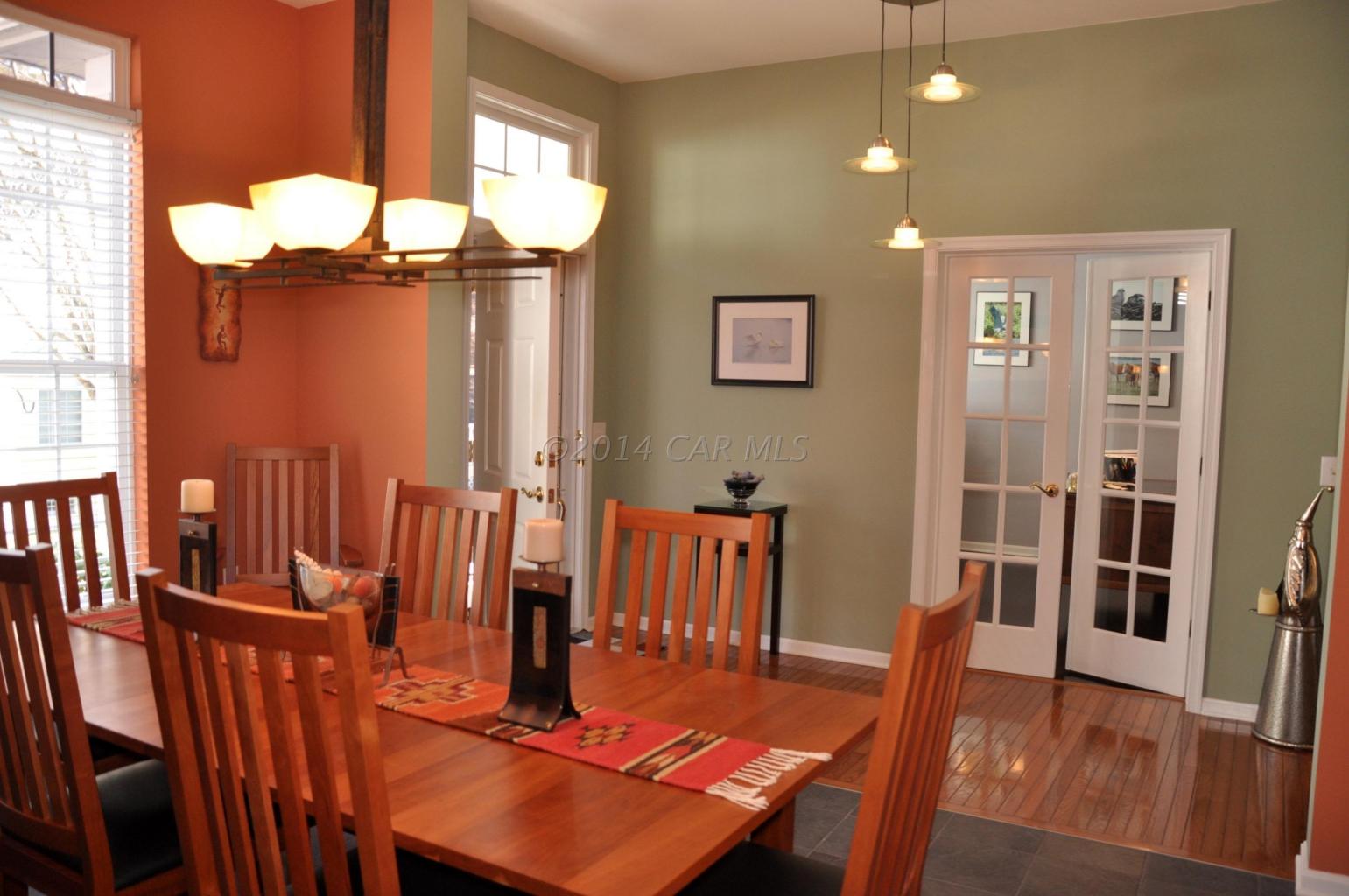 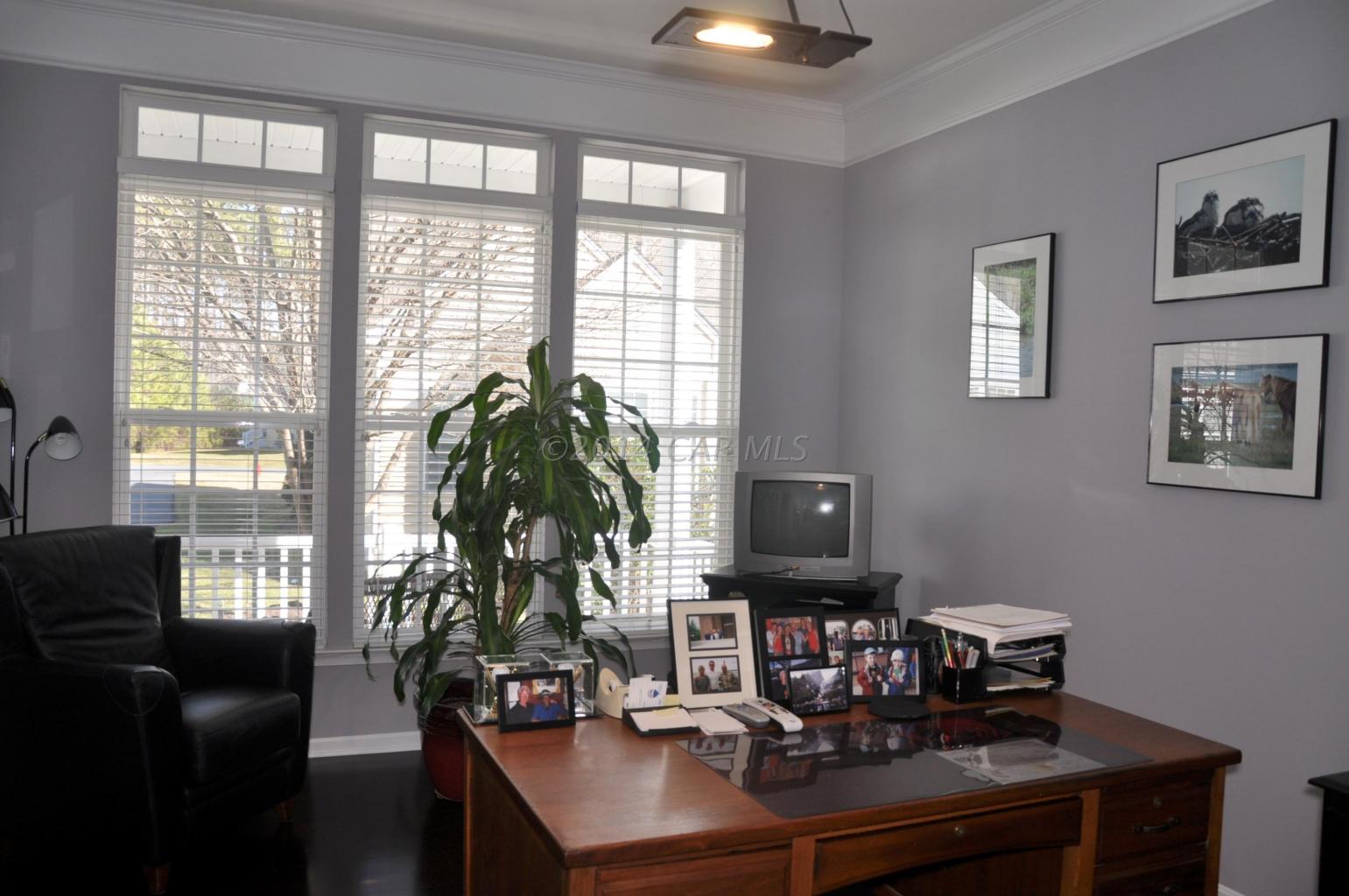 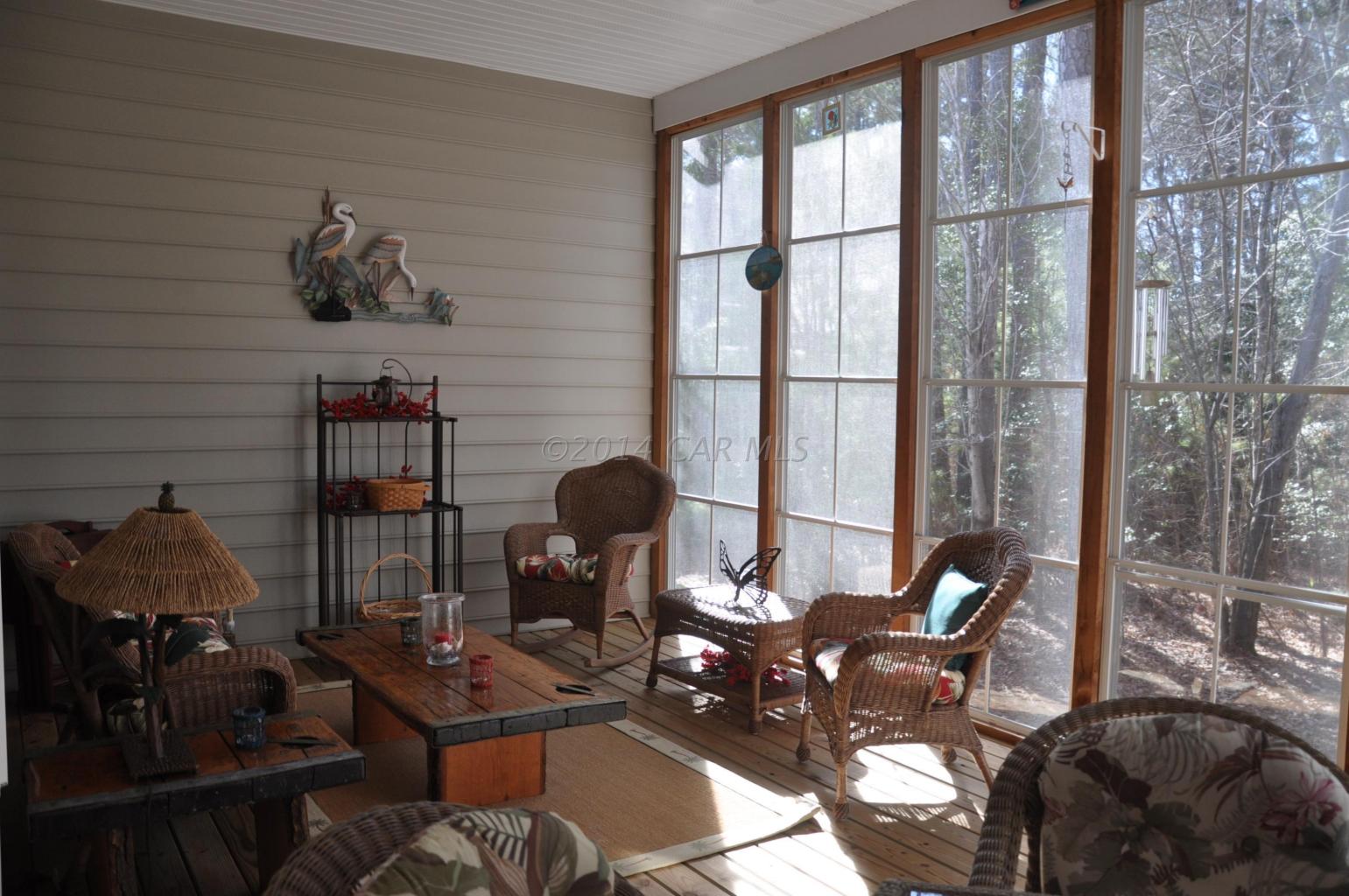 I am working out the details for a hangar at KOXB so that the timing works out if we sell the Delaware home. I hope to finally get some air time this holiday weekend!

The home photos are from the MLS listing.
Posted by Gary at 5:15 AM 4 comments: 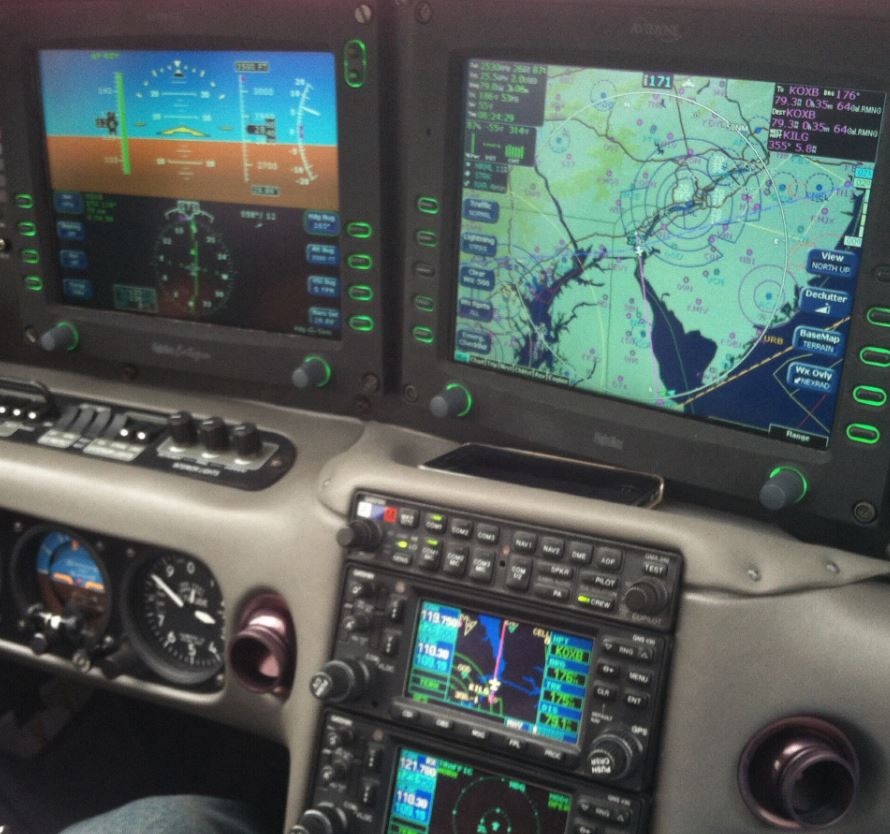 After multiple missions yesterday in 08Romeo, today's mission was of a different sort.  Last night Mike offered to fly us to/from Ocean City Maryland so that we could have a stress free day and concentrate on our home inspection for our new to us Beach Home. The pilot world is a great circle of friends that always seem to be there when needed. Heck, even if you can fly yourself they volunteer just to get more air time. 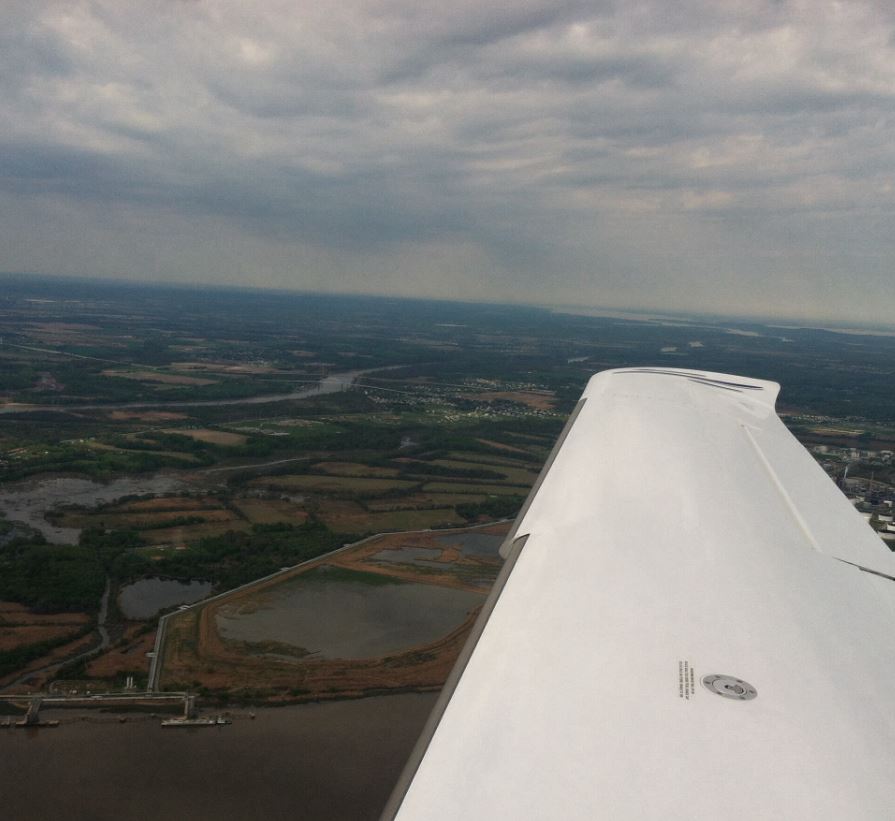 The Home inspection was scheduled for noon today so the plan was to meet up at 9am on the ramp at Wilmington, KILG.  I helped get the plane ready and once it was time to board Mary joined us. I really do like this plane and I must admit I am starting to get comfortable with all the glass.  It felt good talking with ground then the tower, I miss the order of it all now flying out of New Garden.
As we taxied out the tower offered us a code for flight following since we decided not to pick up our clearance  to OXB.  I'm not sure if that's the normal procedure now but I like it. We climbed off runway one-four and turned south , the visibility was perfect.  This morning you could see down the Chesapeake Bay to the south west and you could clearly see the mouth of the Delaware Bay  to the south east,  just amazing. 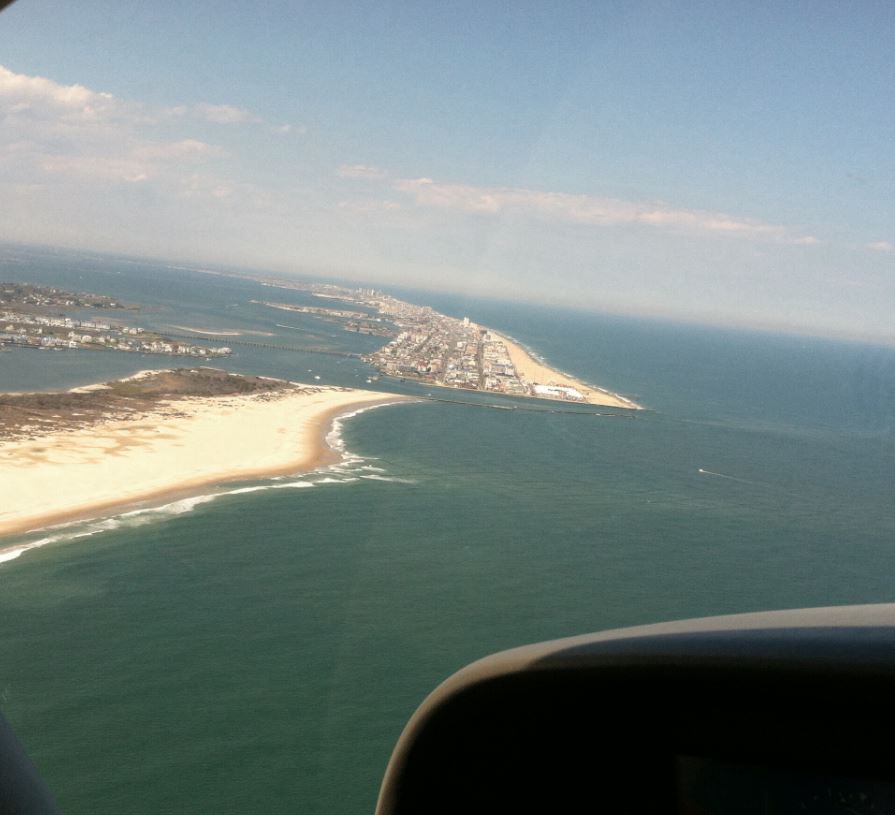 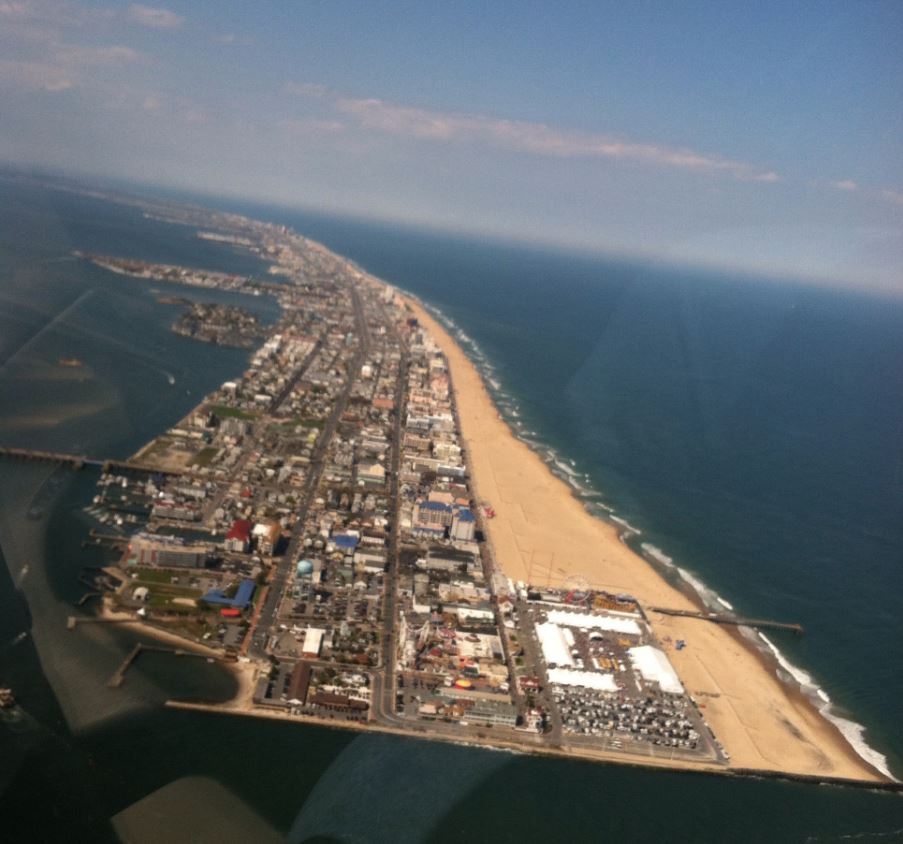 Mike offered us the ride to relieve the stress of "getting there" and just allow us to concentrate on the inspection, it was very much appreciated by Mary and I.  We were early getting into OXB so we headed out for breakfast.  Since Ziva has been in the Cabrio and left her DNA hair samples everywhere Mary and I thought it best to rent a car from Don at Express, the service is excellent and he always has something fun to drive.  We made a stop for eats at DeNovo's  and enjoyed a good breakfast then headed over to Ocean Pines to check out other homes for sale.  We met up with our realtor at the house and the inspection got started.  Attending the inspection also gave Mary and I a closer look at everything and a better idea for furniture. The house checked out as we thought it would, no issues.  The current owners maintained the home in perfect order, it looks like something out of Better Homes & Gardens.
With the inspection complete we had one last task to attend to. We made a quick dash to the motor home to place for sale signs in the front and back windows, may as well take advantage of free advertising in a target rich environment at the RV park.  With the mission complete we pointed the Mercedes to the airport. On the way we did make a stop for ice cream at Dumser's Dairyland, it was good!
With the preflight complete we climbed aboard the SR22.  The winds had picked up and there was rain showers in the forecast up north so we filed.  It was still clear and sunny skies in OCMD so with the IFR plan in the tool box we launched for home. We passed under some clouds that looked like they were ready to spew moisture so I opened the flight plan with Dover approach.  We confirmed position and squawk code with a direct DQO then destination ILG (one in the same, VOR is on the field).   We did fly through some very light showers enough to wet the windscreen but not enough to clean the few bugs that left their mark. 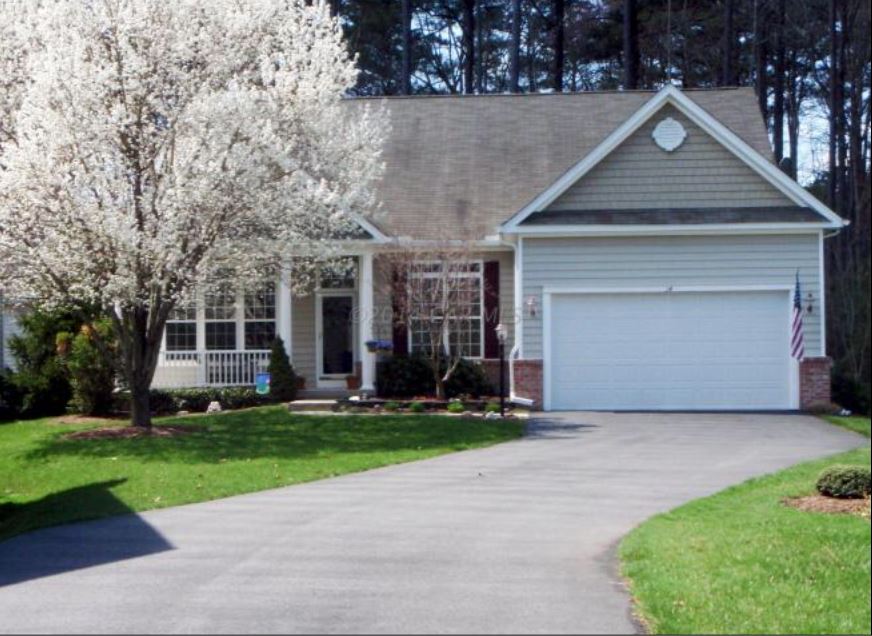 Mary wasn't feeling good all day so she went and laid down in the SUV while Mike and I secured the plane. We're glad this step is complete and now looking forward to closing the end of the month. 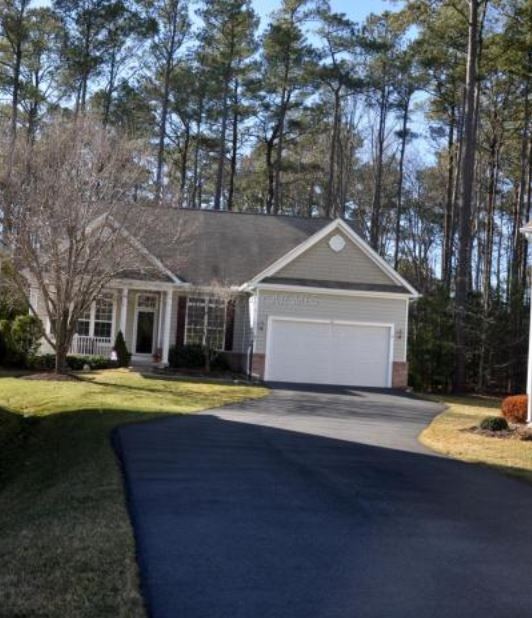 Thanks Mike! You made our day stress free and time in the air a minimum, which really helped with Mary not feeling great all day.
Posted by Gary at 10:00 PM 1 comment: 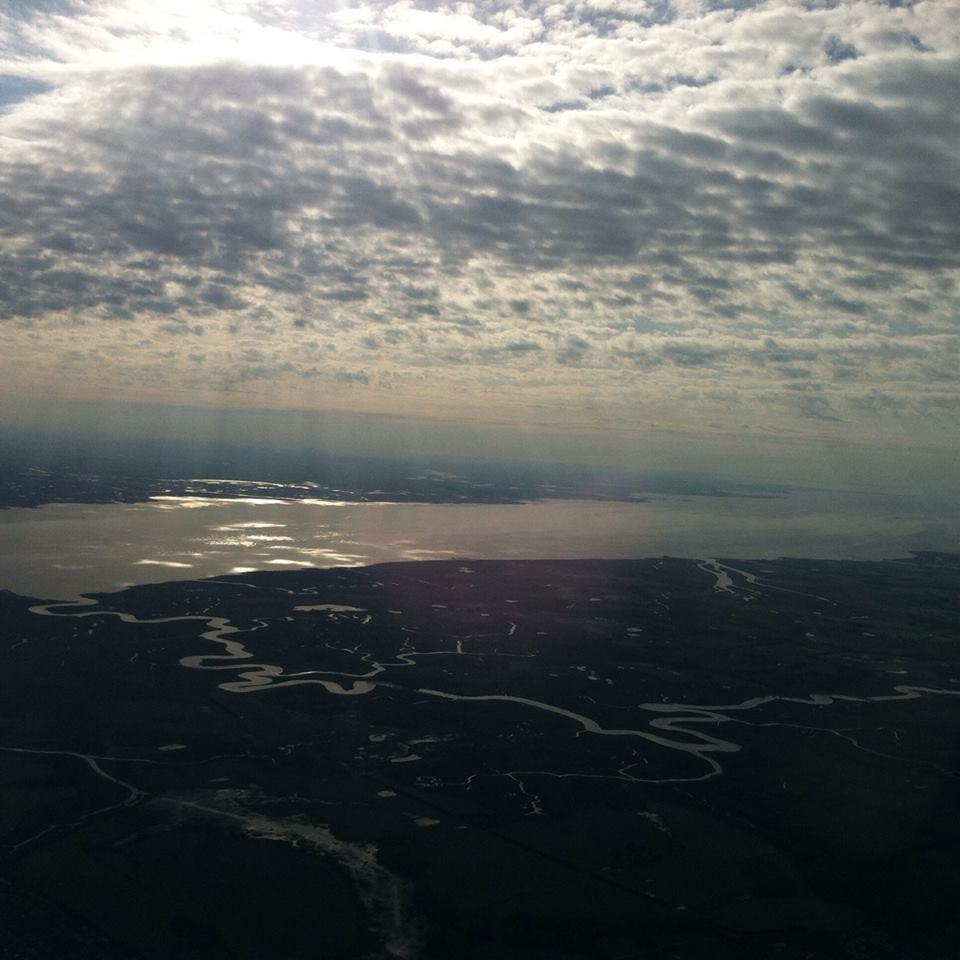 Wow, a busy day flying and driving!  I bagged a day of work so I could get the airport car inspected.  Sounds pretty straight forward, it's not.  The car is at the Ocean City Maryland airport and it needs to pass inspection at least one more time in Delaware.

I was up early to take care of the zoo then headed for the hangar and 08Romeo. I topped off to make for a total of fifty gallons on board then taxied out.  With my run up complete I announced departing two-four New Garden and climbed into the gorgeous sky.  Temps were not to bad and I did keep a vent open. 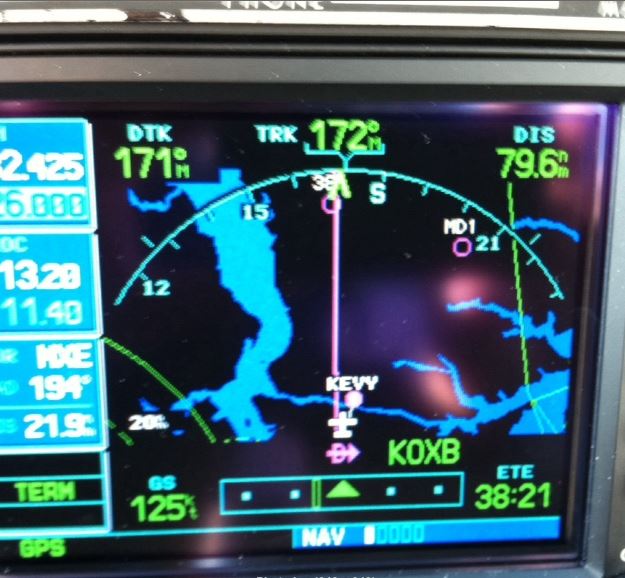 I enjoyed excellent tail winds and peaked at 139 knots for a good stretch. The 120+ average wasn't to bad, it made for a quick trip. No flight following today, instead, I had the tunes cranked up listening to 70's rock.  Dover did break through with a few call outs and some IFR traffic but pretty much quiet this morning. 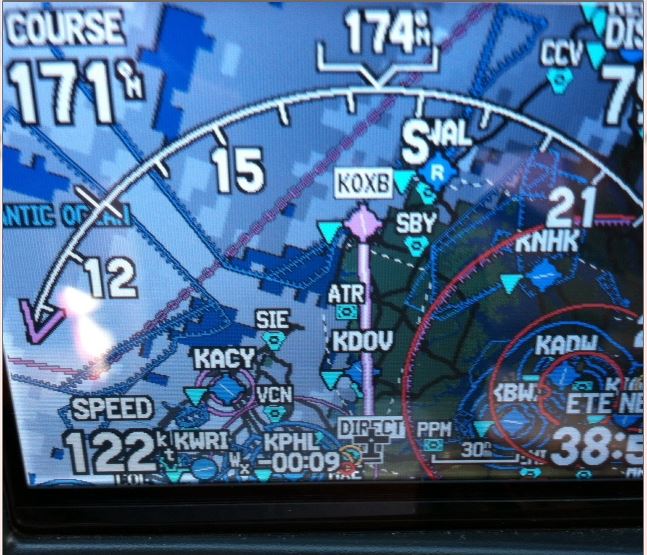 Once on the ground at KOXB I secured 08Romeo and headed out for the Cabrio. I had a headlight to fix, the plug is loose and every now and again it will go out. The big fix is clearing the check engine light. I made a stop at Autozone and picked up a reader, a few keystrokes later I was good to go.

It was a thirty mile leg each direction to the Georgetown Delaware inspection lanes. The Cabrio passed without a problem and I was soon pointed south on RT113 headed back to the Airport. Once the car was covered I did my preflight and got 08Romeo started. It was a bumpy ride back to Wilmington, KILG to pick up Mike B. Mission number two was getting Mike to Lancaster so he could pick up the Cirrus. 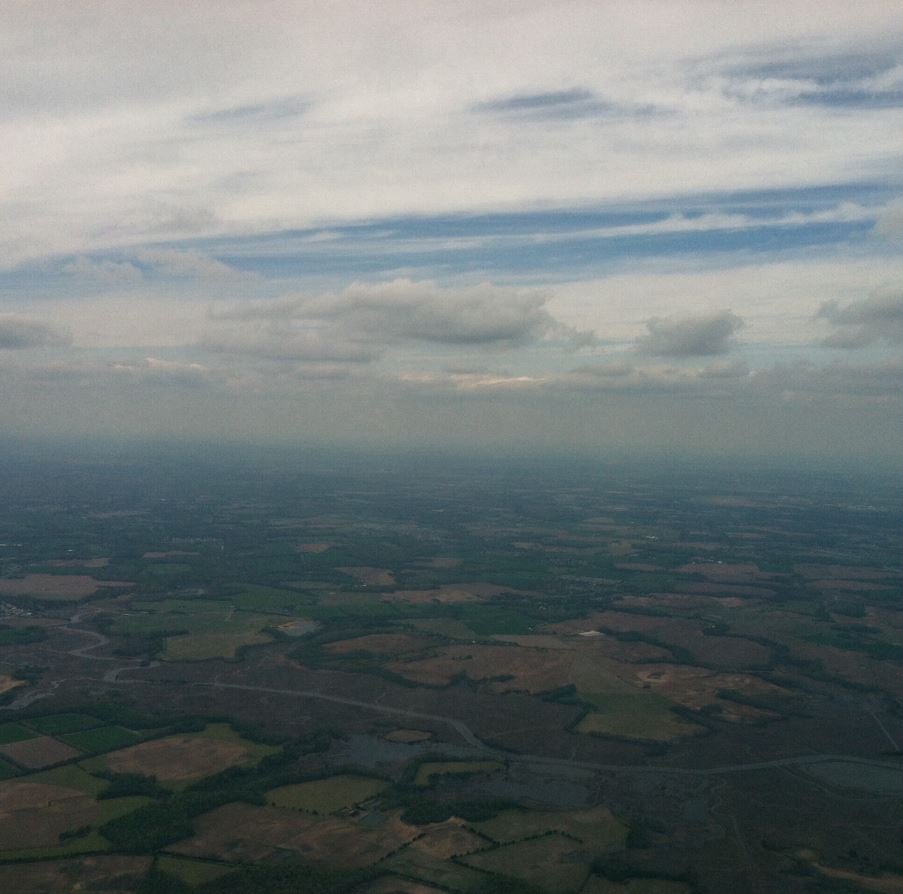 I shut down at Red Eagle, 08Romeo's old home while waiting for Mike to come through the security gate. Mike was on board less than ten minutes from when I shut down. I had just enough time to make a few calls and respond to some emails.

The clouds were closing in and looking like rain but they didn't shed a drop. It was another bumpy ride to Lancaster but Mike did a nice job with a really nice landing. It was a pretty good cross wind and Mike just rolled the wheels on to get them spinning then floated along just high enough to touch the left main followed by the right main and finally the nose wheel. 08Romeo loves when he is flying. 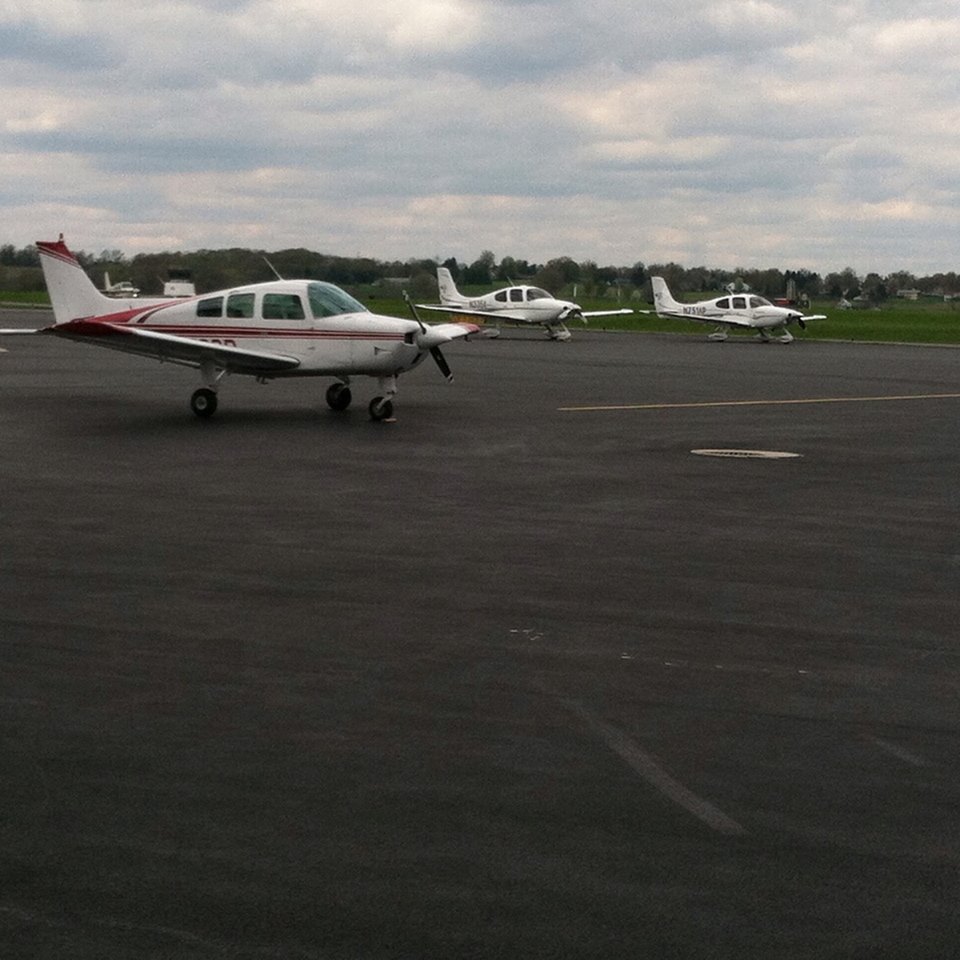 We taxied into Advanced Aircraft Services in time to see the Cirrus being tugged back into the shop. They finished up a few things then gave the SR22 a bath for her flight home. Mike cut me loose to head back to N57 and he would follow as soon as the test flight was complete.

It was a busy day of flying and driving and I am beat. Tomorrow Mike volunteered to shuttle us to/from Ocean City for our Home inspection. It will be nice to relax and enjoy the flight.
Posted by Gary at 7:44 PM No comments: