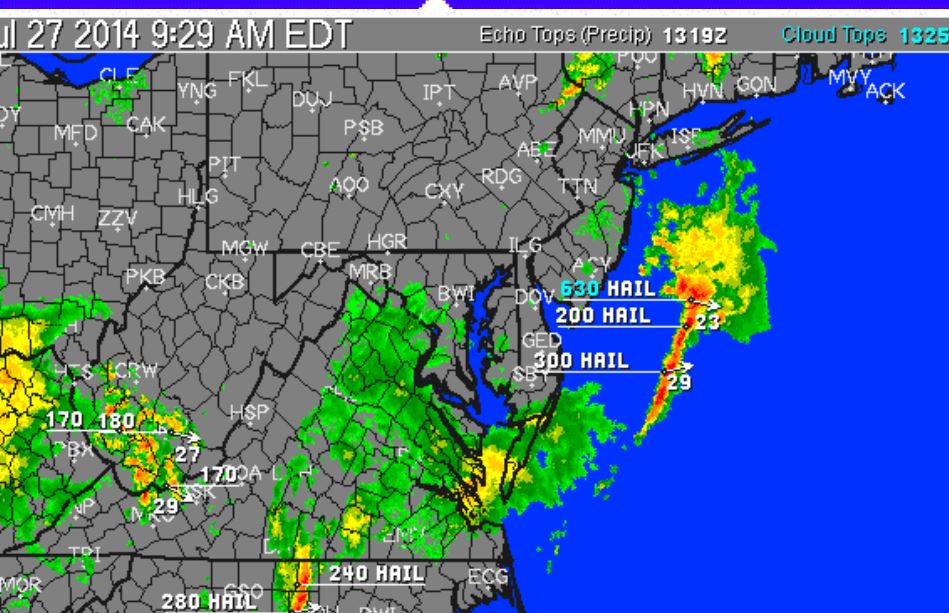 I waited out the line of wind, rain and thunderstorms then made the decision to head for home. We departed Ocean City and made our way north enjoying a very smooth ride. Round two was moving in from our west as we passed over Dover Delaware. 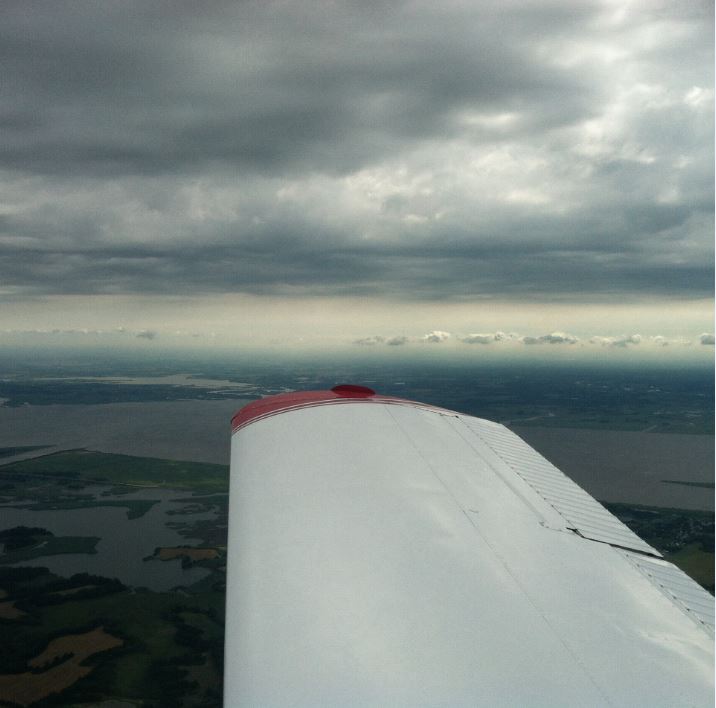 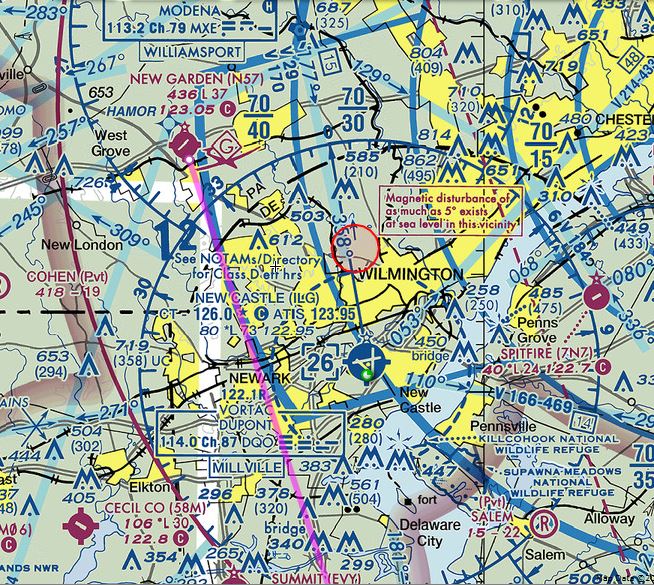 The ceiling was now overcast as I approached Wilmington's edge of class Delta. I skirted along the edge of Philly's Bravo and let down for New Garden.  Fun flight despite no IMC.  Mary and I did get to say hello to Charles and his daughter, who were gearing up for a local flight as we were heading home after tucking 08Romeo in her hangar. 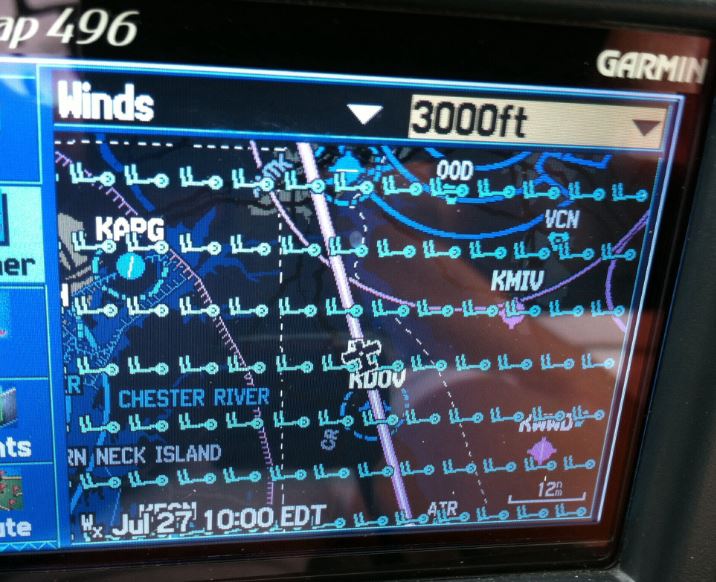 It will be a busy week as our home gets listed and we move Mary to the Beach with our zoo. I'll be doing the bachelor thing during the week and spending time with my Bride from Friday afternoon through Sunday.  Say a prayer our home sells quick!
Posted by Gary at 10:54 PM 2 comments:

See That Cloud Over There... 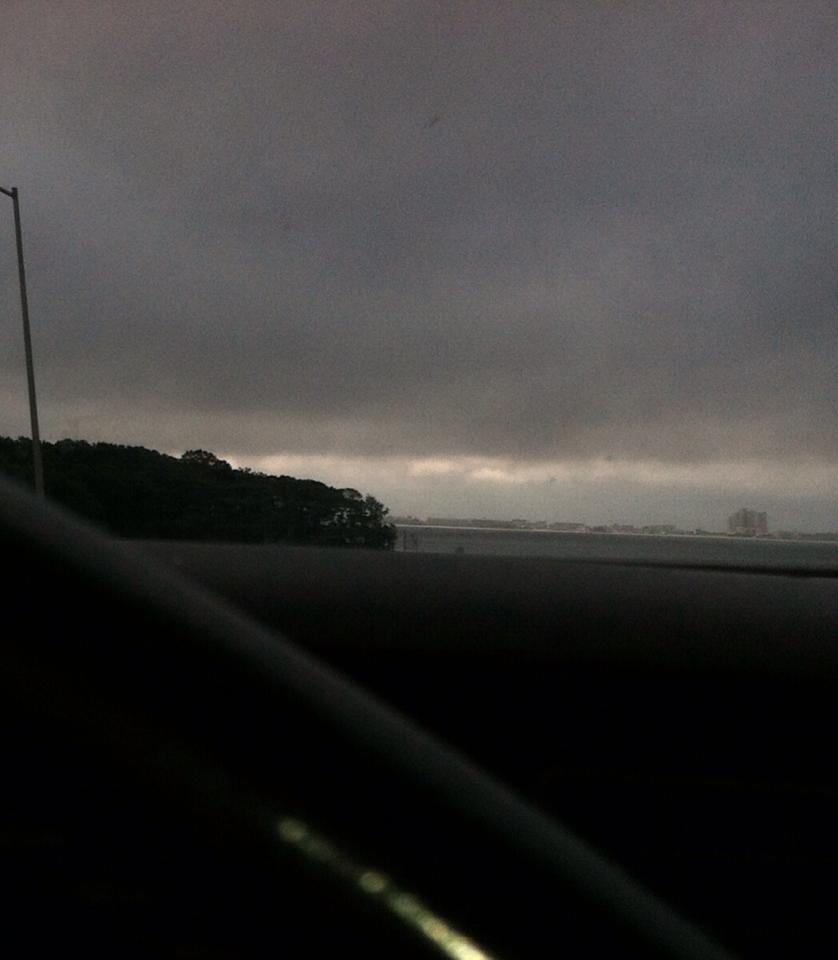 As the great country group Alabama once sang back in 1982..."You see that mountain over there? Yeah?   Well, one of these days I'm gonna climb that mountain". The introduction, wherein an old mountain philosopher speaks about someday climbing a mountain. This Walter Brennan impression was done by Bob Martin, a guitar handler and roadie with the band. Well, today I decided to plug in clouds for mountains.

The forecast wasn't looking good for much better cloud cover at KOXB, Ocean City so with a review of the Skew T and all my favorite online wx pages I decided to launch for home.

The typical review for me always includes an out at my departure airport. I had a few if needed for my departure off of runway two. Runway two RNAV is 420', Runway one four RNAV is 700' provided one remains inside the FAF LANDY that requires a minimum of 1500' and you clear the one tower between you and the runway, terrain alert is always a good thing!
Mary and I loaded up Ziva and I completed a very detailed pre-flight. I haven't had IMC time since the end of April, ninety days. 08Romeo came to life and we taxied for runway two. Winds were back and forth for runway three two but the windsock still favored two for the majority of time that I watched. I made my call to Washington Clearance Delivery to pick up my IFR release.

After the read back I advised ready for release, number one to go at runway two. I sat for a few minutes and wondered if C/D heard me. I advised once again that I was ready for release and the response was expect 20-30 minute delay for IFR traffic. So, there we sat at the hold short listening to a Debonair, Pilatus and a Cessna land and close their IFR flight plans. The hold was now approaching 35 minutes! I made another call and we were finally given a release.

I had done another quick run up after sitting there leaned out and all checked out fine. I made my call on CTAF and was soon climbing out for the ride home.  I followed the Obstacle Departure Procedure (ODP) for runway two that I had read and reread on my knee board while sitting at the hold short.

We were in the scud at 650ish and climbing. I contacted Patuxent Approach as I turned on the 270* course advising one thousand climbing three thousand, two seven zero heading. I road along for a bit when Pax acknowledged radar contact turning me direct ENO (Smyrna).

This is where the rust started to show. I initiated the plan change on the Garmin 530 and started to take the plane with me as I reached to select ENO followed by the Enter. I immediately noticed the engine rpm's pick up and my scan tells me I am starting to bank right and descending. Wings level, nose up and get on the new course, thankfully to my right. We were flying in the clag and Mary gave me the look, I said shaking off some rust...she nodded acknowledgement and seemed to settle in for her typical nap, Ziva was already comatose.
The remainder of the flight was perfect. It felt great getting in the system and doing all that IFR pilot stuff (as Mary calls it). Dover amended my route adding DQO so that was a simple add to the flight plan on the 530 and I didn't take the plane with me. We did break out between 4.0 and 4.5 running the tops for a very short bit then clear on top at 5.0. The cloud layer opened wide at the C&D canal and I could see all the way to my destination with only a puffy cotton ball or two along the way.  Dover handed me to Philly and this controller was busy.  I was handed off to another sector as I was approaching the new outside Class B box and skirting along Wilmington's Class Delta space at 4.0.  I was given 3.0 by the new sector and I road along for a very short time then cancelled, the controller said "I like it quick and easy". I thanked him and switched to CTAF at New Garden.
I crossed midfield, south to north at 2.0 and entered the left down wind for runway six. Nice and easy, good speed followed by rolling it on the runway, it felt good.  Mary helped me push back in the hangar so I take it easy on my back. I cleaned off all the leading edges, ran the shop vac to clean the carpets and used the leather spray on the seats.  08Romeo was tucked in for her week long slumber until we return next Friday.
Posted by Gary at 6:54 PM 3 comments:

Finally got some fly time this weekend!  A quick hop to meet up with the lawn sprinkler company that needed to get in the crawl space for the water hook up and a welcome party for the new home owners.
We left Friday after work and honestly it was good to be going to New Garden, N57 and not south on I95 to Wilmington.  Since the I495 bridge is out of service traffic has been a nightmare everyday to and from work passing through Wilmington.
We decided to head down Friday night instead of rushing around Saturday morning, this way we each got a good nights sleep and could enjoy the evening. The sprinkler install is complete and the grass I don't have to cut will now stay nice and green and thick!

Mary and I headed to the welcome party and got to meet our new neighbors in the Parke. Good food and really nice folks that welcomed us to the community.

The plan was to head out of KOXB and back to N57 around 6:30 and get us back before I turned into a pumpkin, I'm not night current. The flight home was smooth but very hazy. At 4.5 there was spotty ground contact for much distance other than directly below us. I should log it as IMC since I was on the instruments for most of the flight. I did pick up flight following with Dover approach and they in turn handed me off to Philly. As I passed south of KILG I cancelled with Philly so I could let down for N57.  I loaded up the VOR RWY 24 approach as a plan B but as I descended I could spot the grain silo beacon about three miles out. I announced a left base followed by a turn to final and worked my way to the runway.
Posted by Gary at 5:16 AM 4 comments: 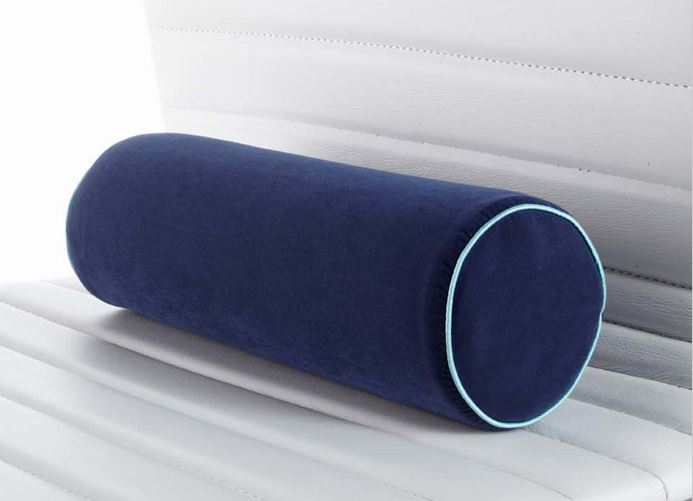 I haven't been posting of late due to not much flying in the schedule.  I had high hopes of knocking out some serious hours over our planned week vacation in OCMD but the body had other plans.

I woke up Wednesday, June 25th, with a sore back. I went into work and the back got progressively worse. I started having back spasms and was having some trouble standing up straight.  I honestly thought I was passing a kidney stone. I went home and decided it was time to visit the local medical aide unit. After reading through Doc Bruce's kidney stone notes on the flying forum Mary loaded me in the SUV and got me to the unit. After a series of x-rays and tests it was determined there was no stone.  Great! at least I won't be grounded and have to deal with passing that critter. Instead the news was indeed back related. I have degenerative disc disease and have arthritis.

The pain got worse so I went in to see the family doctor who prescribed more of the same and told me no work, rest only and get back in here on Tuesday July 8th.  Well, it's been 12 days, I'm restless, bored and ready to get back to my regular schedule. I'm still in pain, now toting a back pillow around from chair to chair and ready for the MRI he threatened if not better. Well, I'm not much better, very sore and stiff but the spasms are not as frequent. I'm thinking PT is in my future but I will know more Tuesday.

I hope to be back flying very soon and updating the blog with interesting flying posts.

This getting old stuff ain't for sissies.
Posted by Gary at 10:00 PM 6 comments: