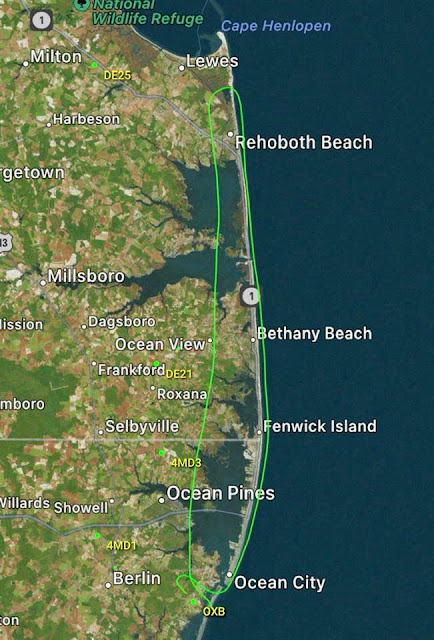 Bless me Father for I have sinned, it has been 33 days since I last committed aviation. I have no excuse, I've been lazy, and with no mission I just didn't feel like taking the plane out of the hangar.
Today I decided I was indeed tired enough of the rainy weather and windy days, I was going to fly. The temps were cool, mid 60's, so it wouldn't be uncomfortable.  Winds were variable when I did my preflight weather brief so that was another plus.
I loaded up the camera bag and iPad mini 5 and made my way to the airport. Paving operations are still ongoing along RT 50 in each direction but I stayed the course. The airport was pretty quiet, just one plane in the pattern as I tugged 3 Tango Charlie out into the sunshine.
Winds were 100/7 so I selected runway one-four for my departure.  As I completed my run up there was a Cessna departing runway two. After he climbed out I back taxied on one-four and launched. 3 Tango Charlie made excellent power and I climbed away from Ocean City. Heading north I flew along the Bay and for my return I flew just off shore. There were a few wispy clouds just above as I was letting down for the pattern. It was good to do some radio work, exchanging position reports with the Cessna, now landing on one-four.
A quick hop, just .6 on the tach, but fun none the less.  Mary and I are planning a quick get-away to Boston for a few days to visit family and friends, it should be fun flying.
Posted by Gary at 5:54 PM No comments:

This is a presentation I put together for the Commander Owner Group annual fly-in located at Jekyll Island, GA. This is not the live version from the fly-in, this is a voice over of a power point production for my blog and YouTube channel.

Initially I posted the video link in my Jekyll Island write up but decided to give this its very own blog post.

Our Flying Adventures Request: Flight plan to an airport with an arrival. (For example KBDN to OLM to KPAE. Arrival programmed at OLM. The arrival isn’t flown. We get vectors instead. Then approach GPS to 34 with vectors for the approach. The system remains set for the arrival, not the approach. I think we use Fly leg, but… to the holding pattern? No hold on vectors.) A clear explanation of what is happening would be a VERY big help for me.

I received a comment from a YouTube viewer that provided a scenario for the Garmin 480 GPS. I love to work through training scenarios so I gave this one a shot. With the challenge request out there I tried to answer what I understood to be the issue. 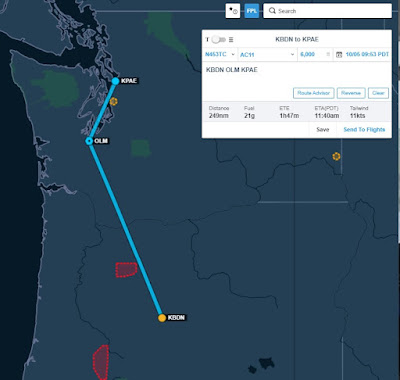 I initially set up the flight plan as follows; KBDN OLM KPAE.  In order to save time during production and edit I started a bit closer to the OLM VOR at the fix ONALS. Once in flight I went to the procedure page and selected an arrival for KPAE. Executed the change and went back to the map page and flight plan page to confirm fixes. Next I went back to procedures and selected the RNAV GPS 34L approach for KPAE. I selected the Vectors for the approach despite that not being my typical choice in the real world. 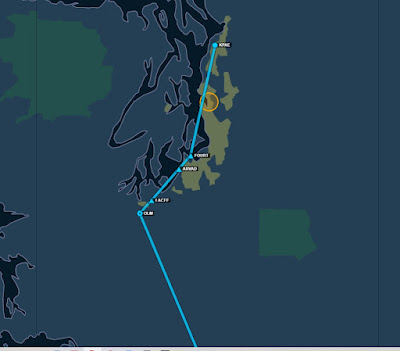 Now if the poster was given Radar Vectors prior to the Olympia Two Arrival he could go and delete it from his flight plan. Once the arrival starts it's best to leave it in the plan and just fly the vectors from ATC. Flying the vectors vs starting a flight plan over or changing destination and then adding the approach again, in my opinion, is not worth the hassle.  Having selected the vectors for the GPS 34L the final approach leg will be active from the FAF to the runway and therefore provide lateral and vertical guidance. 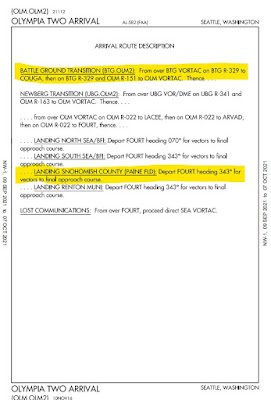 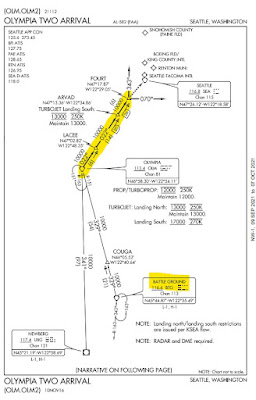 I hope this answered the proposed scenario questions.  I really do enjoy working with the sim and learning new things that can help my flying. Besides, this helps keep the rust from attaching itself to deep.
Posted by Gary at 10:30 AM No comments: