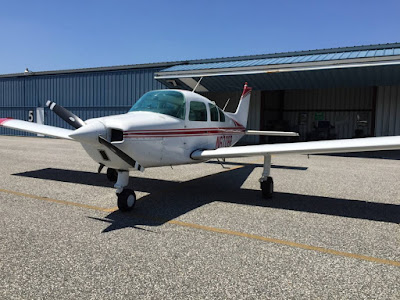 Yea! I finally got back in the air today!  The wx looked great and there were NO contractors working in or outside of our house. 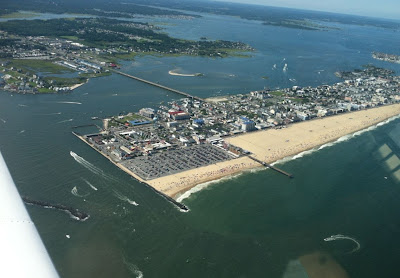 I updated my data card for the 530W and off I went to Ocean City Airport.  I took my time and really went over the plane during my pre-flight, we haven't flown since May 30th.  Everything looked great, I had 27 gallons of fuel on board for the flight and iPad and data had a fresh update. 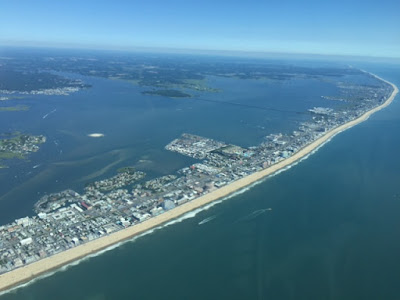 I climbed out of OC and headed up the coast. The pictures were ok, but I didn't really care since I was viewing it first hand.  The beach was getting crowded with umbrellas and I kept my head on a swivel for banner tows.  I cruised along at 2700' listening to music, OC's CTAF and Dover Approach. 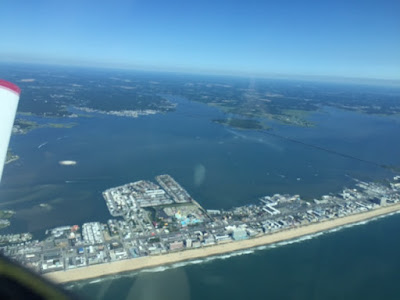 I decided to take on some fuel at Sussex County, KGED so I turned west just north of the Indian River inlet bridge.  I switched over to GED's CTAF and monitored traffic.  There were two flights of RV's departing and one remaining in the area to play airshow team.  Smoke on...smoke off...good gravy, we're trying to make pattern calls here.

I made a nice landing in the crosswind and taxied in to take on fuel. Service was quick and my turn around just as fast.  I was back in the air heading home to OXB.  I did work on slow flight and a steep turn or two, then pointed back to the coast and the Indian river inlet bridge for a fly by heading south. 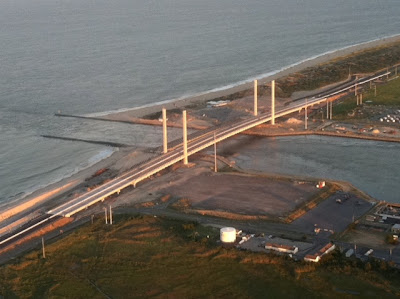 A fun hour or so in the air and a beautiful view.  I hope to get back in the air this week for a trip over to Millville to catch up with a few friends.
Posted by Gary at 12:16 PM

I can tell how much you enjoy flying just by the excitement in your post. Glad you were able to get some "wind beneath your wings". I never thought about having to dodge banner towers over the beach area. I love the picture of the bridge.

Those were some interesting pictures you took. Seeing those pictures made me want to get some wind under my wings again. I myself have not flown in many years, I am not sure if I still can. I can't wait until you're in the air again. Please take more pictures and keep posting them. They are great reminders of what it's like up there. I'll be waiting for your next flight with sincere anticipation.

Abraham, thanks for reading my blog. It's been a busy remainder of the year for my flying. Hope you check out the Mt Rushmore trip and return flights home to ocean city md.