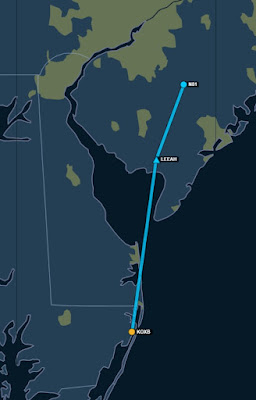 I went to bed last night with a plan to fly this morning. Temps were coming up, and overnight temps were forecast for mid thirties. I decided that I would switch on 3 Tango Charlies pre-heats and then be ready to go, only having to figure out where to go.
I swapped text messages and a phone call with my friend and fellow pilot Charles G. Charles suggested Hagerstown (HGR) but I didn't feel like flying that far. We decided on Cambridge but this morning we changed to Hammonton NJ (N81). I last landed at N81 back in January of 2020 to meet my brother-in-law who rode his Harley to meet me. I remember the airport was easy in and out and the food was good. 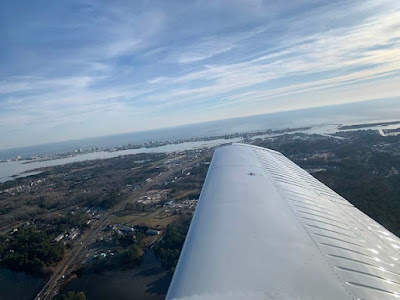 I started up and taxied to runway three-two then launched for the Delaware Bay. Once in the air I remembered my life vest was in the baggage area, a lot of good that will do if I have a problem. I continued on, crossing the Bay at five thousand five hundred with ground speeds of 147 kts. The air was smooth and I enjoyed the ride, taking a pass on flight following, instead just monitoring. 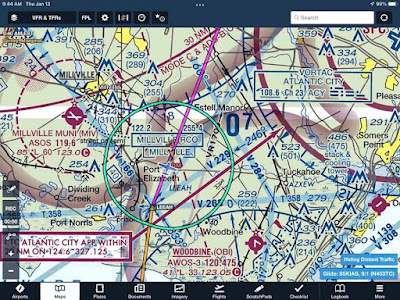 I was called out to a Cirrus passing below me so I stopped my descent once feet dry on the Jersey side. Once the traffic passed below me I continued down for two thousand five hundred.
I had planned on runway 3, straight in, but there was a Cessna entering the pattern and landing on two-one. Not a problem I made a long entry to the left downwind two-one and made my calls. My landing was smooth even if a bit flat. 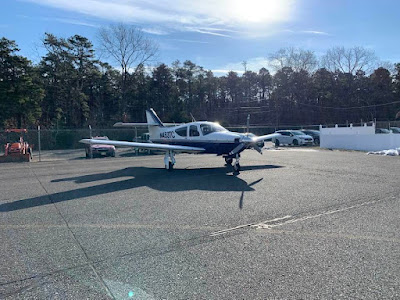 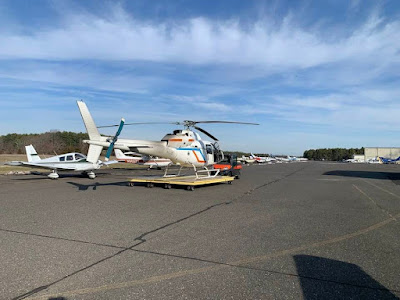 I taxied clear and parked along side the restaurant awaiting Charles and his Warrior. No sooner I was out and looking for Charles on final I heard chirps and watched him roll out. What timing. 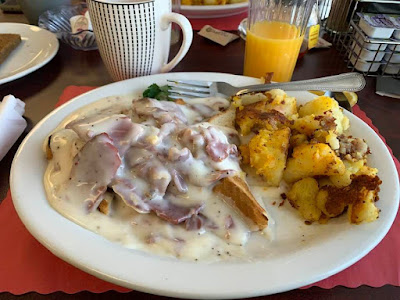 There were open tables but the Apron Cafe' was busy. We were quickly seated and placed our orders, I had creamed chip beef and a side of scrapple, Charles had an omelette. Conversation was great as always, flying, politics and how to save the world.  Maybe us pilots are a lot like truckdrivers, they think they can figure a way to fix anything too. 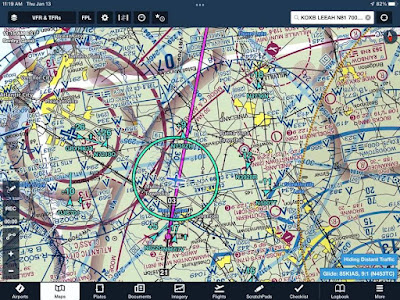 Once breakfast was consumed we headed back out to the flight line. Charles was first to start and taxi out, I followed and the Cessna that landed ahead of me followed me out. There was one plane inbound and for some reason he decided to use runway two-one. Charles coordinated with him and launched, I had to wait for him to land and clear before I rolled on to the runway. 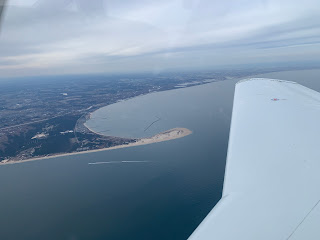 It was another smooth flight home, this time at six thousand five hundred across the bay. I did monitor Atlantic City and I heard my friend Frank in his PA30 (AirDorrin)shooting an approach with ACY.  Frank actually was given a hold to let an Airbus land ahead of him. 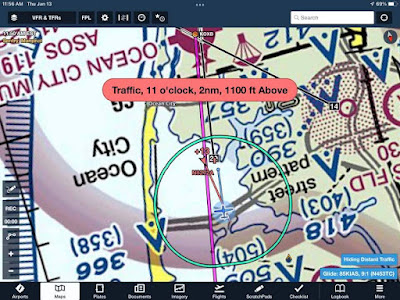 I continued on and switched to Dover Approach until closer to home. Once I had the weather at Ocean City I decided on runway one-four and made my calls as I headed in. I had one bit of traffic, a Dakota, heading my way but we communicated well and each continued on. After clearing with the Dakota traffic I entered on an extended left base for one-four and made a nice landing here at the beach.
Next up a flight to Wilmington (KILG) for my bride, if I can secure a rental vehicle for her.
Posted by Gary at 11:30 PM