Since it does get cold here at the beach and some of the best flying is in colder temps, I'm having a Reiff preheat standard system installed on 3 Tango Charlie.  I had the same system on 08Romeo and it worked very well, keeping the cylinders and oil warm and ready to go when I went flying.  Couple the Reiff preheat system with my Switchbox control system to toggle the power on and off and it makes winter ops a non-event. 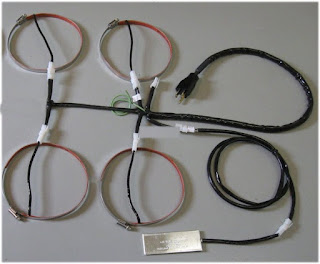 Standard System
50 watt band heaters clamp around the cylinders and a 100 watt aluminum HotStrip element epoxies to the oil sump.  Epoxy is included. 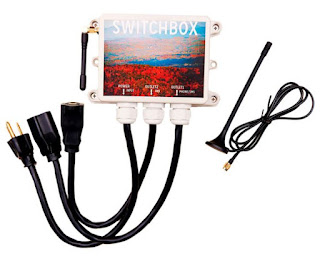 The easiest and safest way to remote control any electrical device. No more driving to the airport hours before a flight. Turn on your Engine Heater from your cellphone, and simplify your cold flying routine! You can even activate a second device like a Cabin Heater for your sensitive avionics.

I would have liked to get in the air earlier but didn't manage to go wheels up until 8:20. I filed but decided to go VFR and just enjoy the ride instead. ATC was relatively quiet and that was good, plenty of looking out the window and monitoring systems. 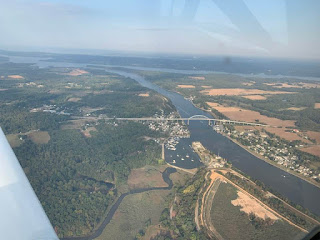 I made my way just east of Chesapeake City and then turned for final runway three-one at Claremont - 58M.
Shop Time

I removed the top cowl and then helped Dale remove all the parts for the bottom cowl removal. This cowl is a bit more involved than the Sundowner, with cowl flaps and gear doors to be reckoned with. 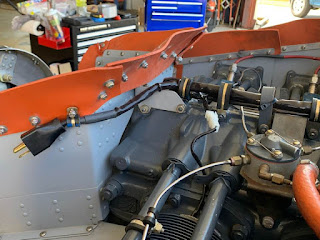 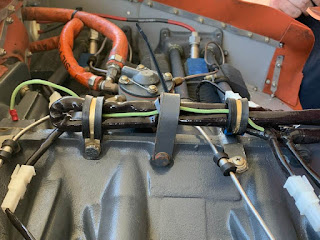 While Josh and Dale worked on the Reiff install I changed the nose gear bumpers and then moved on to check the gear hydraulic fluid level. 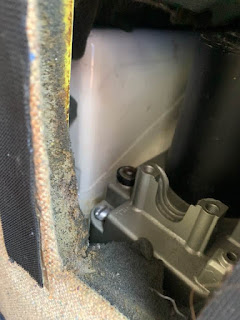 The bumper was easy peasy, and once removing the gear motor fill screw I confirmed the level as full.
The guys finished up around noon and then I had to give the sump pad epoxy mix time to cure. While we waited Josh checked my fuel drain and lubed the cable, it was sticking. We then moved to the pilot side and did the same lube for the Standby Vac System cable. Both cables now moved much easier, cross two more items off my squawk list.

I saddled up for home and taxied out, only to notice my number one EGT and CHT did not register on my JPI engine monitor. The engine felt smooth so I did a run up out on the taxiway. Odd, Not showing a drop but its not running rough at all. I taxi back to the shop and shut down. Josh and I removed the top cowl and check the probe connection for number one cylinder, it seems fine. Josh then checked all the connections on both mags, again, everything seemed connected and tight.

I climbed back aboard and had my best start to date, and it was a hot start. I think she caught in two blades! I watched the JPI engine monitor and all cylinders were coming up on the display. Number one temps looked in alignment with the other three cylinders. I taxied out and did my run up, and observed an even drop, meeting spec, between each mag. I was good to go for launch.
With two notches of flaps I gave 3 Tango Charlie her head and off we went. It was warm, and DA had climbed during the day. I departed the airport to the south, pointing for Ocean City. Since I had a bit of a tail wind I just dialed it back and cruised home at three thousand feet. I entered the cross wind for runway three-two and then made a good landing, riding a wheelie until my speed dropped.