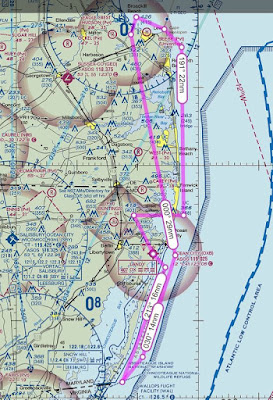 Rob and his family have been vacationing on Aseteague Island for the week and we had talked about getting some fly time in.  We traded a few text messages yesterday and the final plan was to meet up at 7am at the tenants gate at Ocean City Airport.

I arrived a bit early, got the hangar opened up and put the rear passenger seat back in the plane. I honestly can't remember the last time all four seats were in 08Romeo. I wanted to top off the tanks to make for fifteen a side but the FBO does not open until 8am. Nota big deal, I'll start up and taxi to the self serve and save some change. 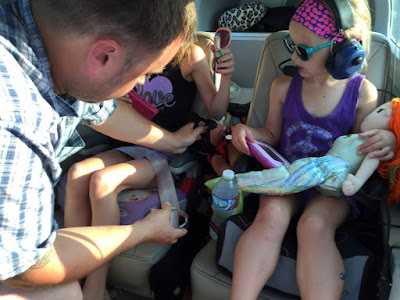 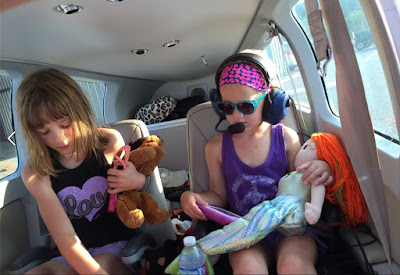 Rob got the girls buckled in and we started up to taxi for fuel. Maddie wasn't real happy and she stressed a bit so Rob had a chat with her while I set up to pump fuel. By the time 08Romeo was fueled and ready Maddie wanted out so her and her Dad walked back to the hangar, Ally and I taxied back and shut down. Rob drove Maddie back to Aseteague then turned around to once again join us for this mornings flight. 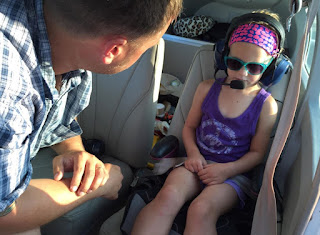 Ally is used to flying, she flew with Rob in the Diamond and C172. It was time to once again get the fan turning and taxi out for runway two-zero.  Winds were light and pretty much down the runway,the temps were high 70's.  We climbed straight out then turned east then south to follow the coast along Aseteague Island above 2000' and remaining clear of the Wildlife Refuge. 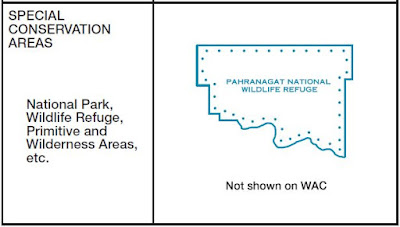 I then turned out over the ocean to travel north up the coastline so Ally could see the ocean city boardwalk. We were careful to remain clear of the Wildlife Refuge and the Warning area offshore W-386. There was a scattered layer west of Ocean City that made for a nice backdrop on some of the photos. We remained clear of the clouds and continued north towards Lewes, DE. Rob and I transferred controls heading north between Aseteague and Ocean City, he didn't show any signs of rust.  I did ask the last time he flew and he quickly blurted out October 22nd, 2011.  OK....that date is registered for all time. 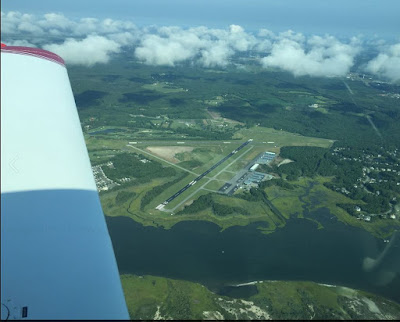 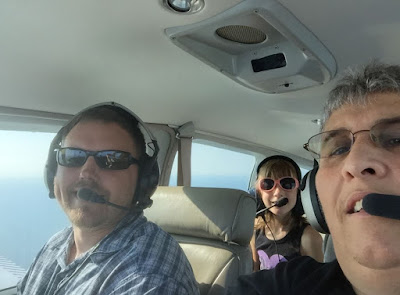 From the wind turbine we headed over the Lewes Ferry Terminal, Ally got to see one of the boats leaving the dock and getting underway to cross the Delaware Bay. Rob did a fine job keeping us clear of the Warning area and Ally seemed to really enjoy checking out the sights along the beach.

We once again transferred controls as I turned us west to follow RT 90 for a bit then start a long final. Depending on traffic my plan was for a straight in or fly upwind and join the left down wind pattern. There was only one other aircraft inbound and he was six miles or so behind us, I made for a straight in approach to land. I made an ok landing and taxied back to the hangar to wrap up a short but fun flight over the beach.
Posted by Gary at 9:00 PM