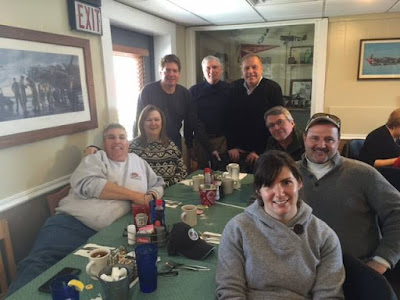 Finally, after delaying for weather the past three weeks, the Ocean Aviation Flyout finally took flight today. What a beautiful day to enjoy aviation as the group departed Ocean City Airport for the flight north, over the Delaware to Millville, New Jersey. Joining the Ocean Aviation fleet of Skyhawk’s was Chris G's Saratoga and Gary's Beech Sundowner. Verna's Airport Diner had our table all ready as we touched down right on schedule at 10:30am. After a delicious breakfast, we headed across the field to the Millville Air Field Museum where we toured the fantastic display of army memorabilia. 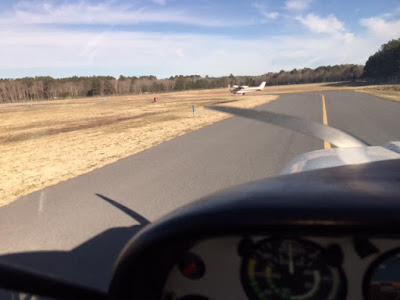 I would say Mike summed it up pretty well.  It was absolutely a gorgeous day to fly. I had plans of joining the Woodbine bunch but noticed a post on Facebook from Ocean Aviation about a flyout to Millville, KMIV.  Finally a chance to meet fellow aviators at the home airport!

Mary and I got over to the airport as quick as we could. Thankfully I had the remote preheats turned on last night and 08Romeo was ready to go.  Mary parked the airport buggy as the planes were rolling for runway two zero. I had the hangar buttoned up and 08Romeo started in time to fall in line as the last plane departing. 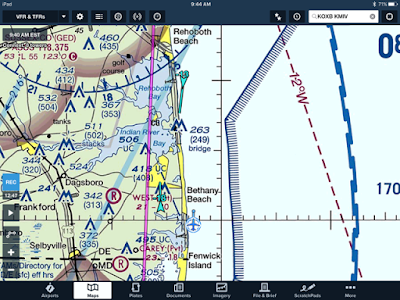 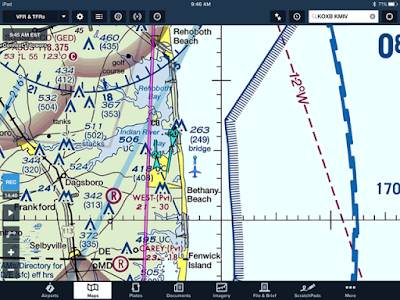 I climbed out behind the Cessna and shadowed it up the Maryland and Delaware coast. I was ocean side, Mike in the Cessna was land side. I climbed to 5.5 and road the tailwinds and ended up passing the Cessna. We also had an aircraft opposite direction pass between us , I was well clear above, Mike and his passenger were within one hundred feet and they never saw him pass by, between us. Another example of why ADS-B is the way to go. 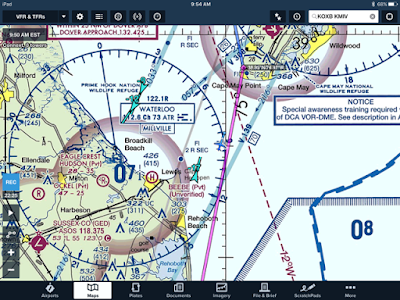 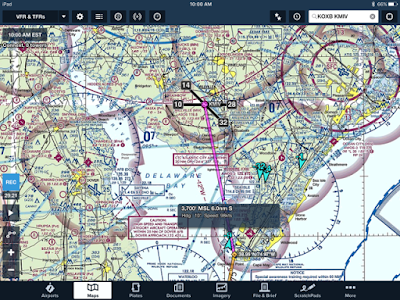 I overtook the Cessna riding the tail wind and turning 130kts.  A quick check on ADS-B and it shows the Cessna cruising at 98knots. The Bay was smooth and temps in the high 30's, I was happy to make feet dry and start my descent for Millville. 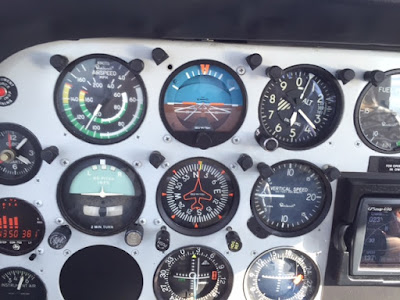 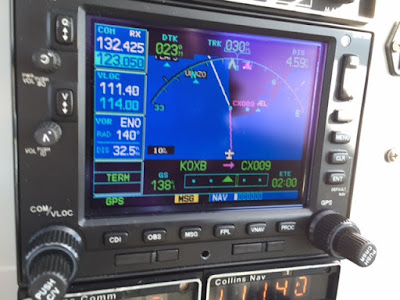 The pattern was busy but as we got closer things sorted themselves out. I was working with one aircraft in the pattern and made for a three mile left base. I was having to widen out just a bit to fall in number two as the Cessna was short final doing a T&G. As he went wheels up I was half mile final.
The Flight Line was packed! Thankfully Mike reserved seating for our group. Food was excellent and the service ok for as busy as they were. We snapped a few pictures and then made our way back out to the flight line. Mary and I said our goodbyes as we headed for home after settling up our fuel bill with Big Sky.
We had plans to put 08Romeo away then drive directly to Crisfield Maryland, about an hour drive. We didn't fly because we didn't know much about the local airport if a courtesy car or rentals were available. 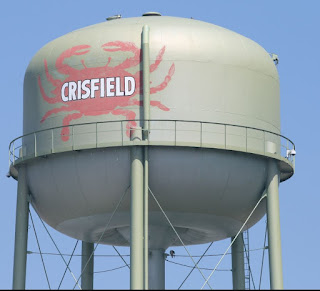 Crisfield is a city in Somerset County, Maryland, United States, located on the Tangier Sound, an arm of the Chesapeake Bay. The population was 2,726 at the 2010 census. 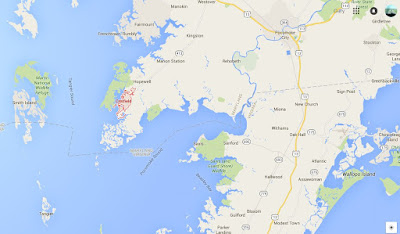 It was a nice drive in perfect wx. We drove right to the Bay and didn't see many shops at all. Plenty of restaurants and the location to purchase tickets for ferry rides to/from the various islands. I'm sure this place has so much to offer during season, today it was a sleepy little coastal town.
We turned the SUV around and pointed back home. On the way out of town we wanted to make a stop and check out the airport. It was easy to find with the help of the GPS. When we turned on to airport road the gates were closed and locked. So much for checking out the airport offerings.
Posted by Gary at 6:25 PM