Breakfast and an Approach

Sort of like dinner and a movie, but instead, breakfast and an approach. I posted on FB and texted a few friends if anyone was up for a breakfast flight, there were no takers. Mary was snuggled in bed and said she would take a pass today. I decided I needed flight time and to get the oil moving in 3 Tango Charlie, I was off.
Traffic was still pretty light as I made my way to the hangar. 3 TC had 37 gallons on board by sticking the tanks and according to the JPI monitor 34.5 on board.  Either number works for the half hour hop to Easton, KESN or possibly Cambridge, KCGE and then the return to base.
I made the decision to head to Cambridge after a fellow pilot posted that "It's been a couple years but, the food is mediocre, and the service was below average. Much prefer the breakfast and folks at CGE.
Lets get the fan turning. 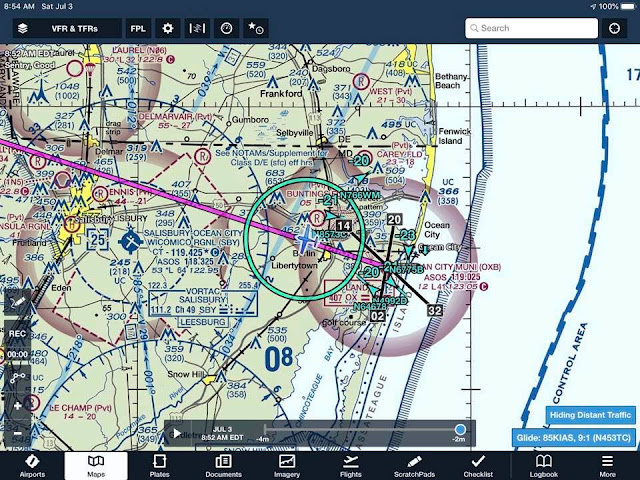 I picked up the wx and then taxied for runway three-two. I was off and pointing west for Cambridge with a slight headwind of thirteen knots. The ride wasn't too bad, until I let down for the RNAV GPS 34 approach. 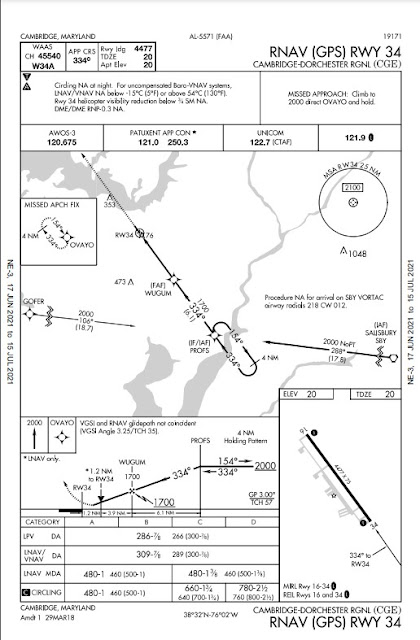 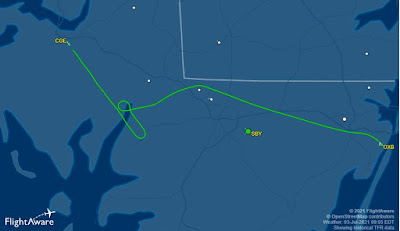 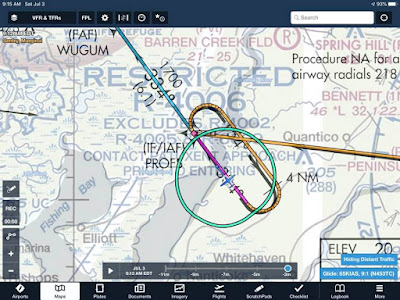 Once the approach was loaded I selected the initial fix, PROFS. I made one round for the procedure turn and headed inbound for the final approach fix, WUGUM, at or above 1700 feet. There were a few planes in the pattern but we swapped calls and worked together for the landing sequence. 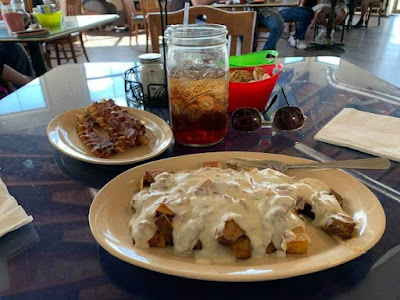 I had creamed chipped beef over hash browns, crispy bacon and of course the very best sweet tea. The restaurant was packed! Somehow I was quickly seated, tucked in just past the register. The hostess took my drink order and then when she brought the sweet tea out, took my food order.  I checked the clock and noted the time. My meal took 40 minutes to come out.
There was one waitress, one hostess, and they were both busy as could be. I will say they were both very pleasant, and did a fine job under the short staffed conditions. When I paid my bill I thanked them both for coming in and doing a great job under the conditions. I got a thank you and a big smile.
I wandered my way back to the ramp and chatted with the two men that were flying a Mooney.  Both guys were from Chorman, D74. I had a similar path with the Mooney owner growing up, horses, then construction.  We had a nice chat about both planes and they invited me to stop in at their home field.  It's on my list as a go to. 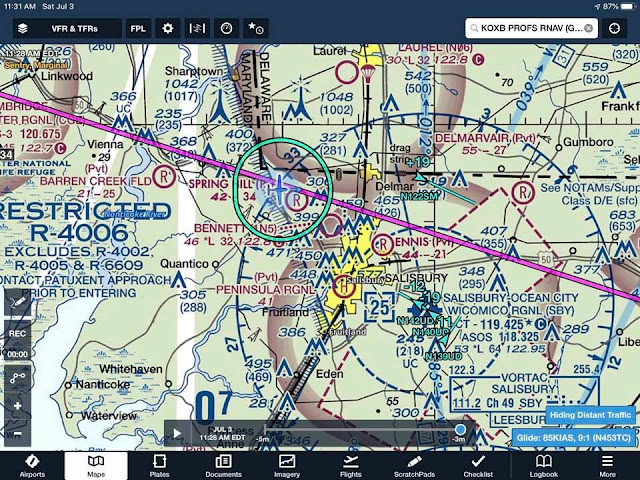 We each got the fans turning and I followed the Mooney out to three-four. There was a Travel Air doing simulated engine out practice so we had to hold. Once the Beech was clear the Mooney took off and I followed. The best course of action to remain clear of clouds and clear the Salisbury airspace (2500) was to point north east. Once clear of SBY I flew direct Ocean City, entering an extended left down wind for three-two.  I made a nice landing and taxied for the hangar, dancing with a Cirrus coming the other way that had landed in front of me.
A fun day with good eats as the prize. I'm looking forward to our flight for a family wedding in a few weeks, then we hope to open up our traveling once again.
Posted by Gary at 6:30 PM