A Day at the Outer Banks

The weather was absolutely gorgeous today! Mary and I decided mid-week that we would head south and spend the day in the Outer Banks, Nags Head to be more specific. The last time we were in Nags Head was June 2016.

We were both up early, I had to take care of the pets and my bride headed for that first cup of coffee. I do the pets in the morning and Mary takes care of them in the evening. 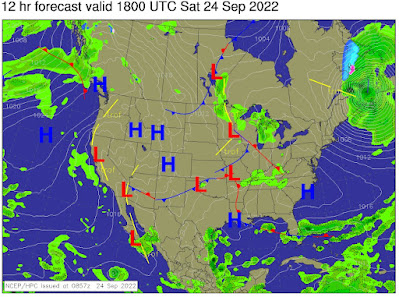 I did a final weather and NOTAM check, and made sure the cameras were indeed charged and packed. Time to hit the shower and then look for jeans since the temps may be a bit cooler then usual today. After some thought I stuck with shorts and brought along a long sleeve cover just in case. 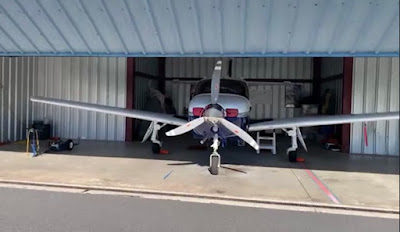 I had taken on limited fuel yesterday, so to complete my pre-flight I needed to sump the tanks. I limited my fuel because here in OCMD it’s $7.25 a gallon. Dare county full serve was $6.24 a gallon. The plan was to tanker as much fuel home as possible, keeping just under the magic 2650 lbs ramp weight limit.

After some warm up time I back taxied for runway two after picking up my clearance with Patuxent. This morning I was immediately released.

The air at six thousand was a cool fifty to fifty-five degrees. Mary and I actually had to turn the heat on to take the chill out. 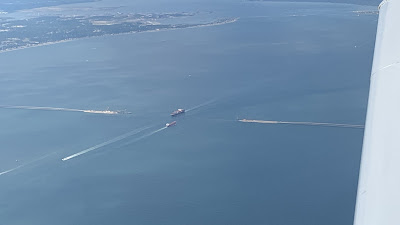 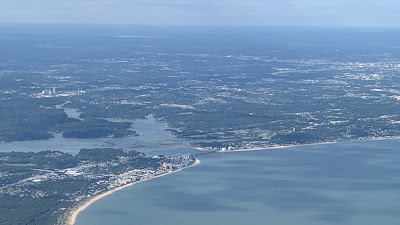 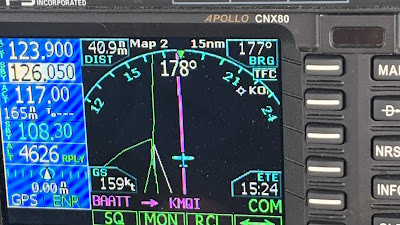 Once I had the weather I canceled and switched to CTAF at Dare County. I set up for runway three-five, a first after many trips there. Three-five has quite the displaced threshold but useable is thirty-three hundred feet.
Once shut down Mary went in to secure the rental, a Ford Fusion. I ordered fuel and took on thirty-four gallons to bring me to sixty total for the ride north. 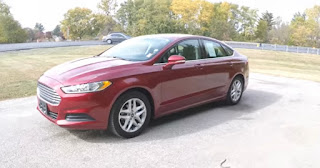 We were like two kids, off on an adventure. First stop was Roanoke Island Festive Park. 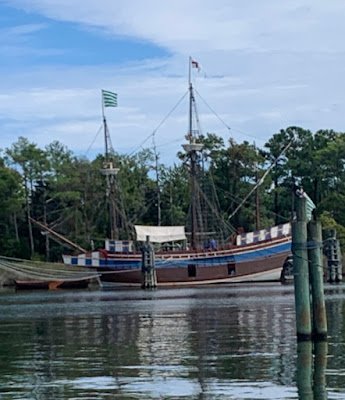 The sailing ship Elizabeth II was docked and open for tours. One of these days I’ll climb aboard and have a look around. 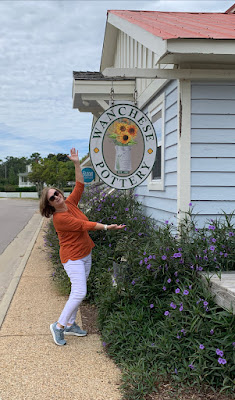 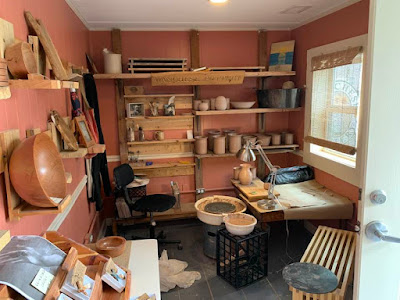 We decided to make our first stop the Wanchese Pottery shop. No kitty today, Miss Hazy Daisy passed a few years ago and there's no new kitty in the shop, Yet. 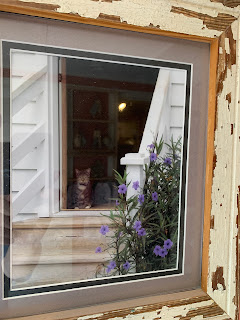 Mary and I remember the original cat, Pots. There he sat usually curled up in a bowl on the counter. Luckily we met him and hazy daisy in our previous travels.

Both Mary and I ate a very light breakfast this morning. I had rice pudding and my bride had yougurt. We were both getting hungry.

As we walked down the Main Street we were overcome by the smell of burgers cooking. So much for seafood, we were seated at an outside table at the Lost Colony Tavern and each ordered the Wagyu burger and split a Scotch Egg appetizer. The meal was very good and so was the service. 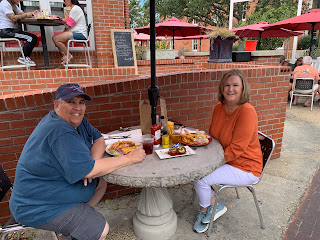 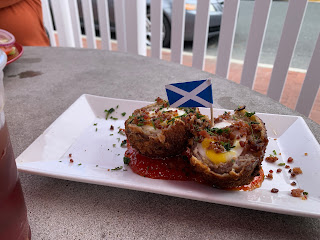 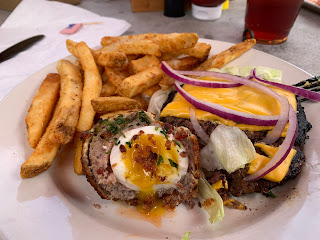 Once we hit all the shops we decided to drive over to visit Nags Head. We checked out the hotel we typically stay at and some of the cottages, maybe there are Airbnb’s to investigate for our next visit.

After checking out the shops, restaurants and hotels, we headed back across the Washington Baum Bridge to Roanoke Island. The last stop would be the Christmas Shop before returning to the airport. 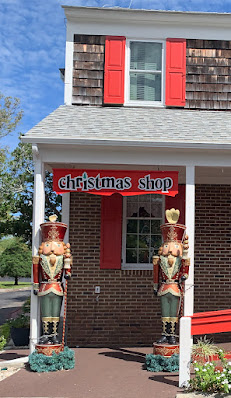 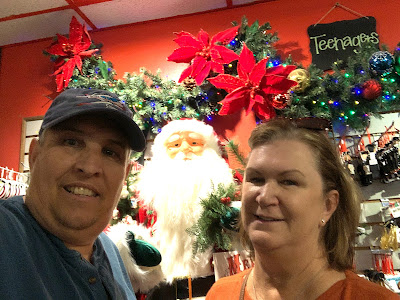 The fuel and rental car were paid when we landed so it was simply drop the keys and go. The winds had changed now favoring runway five. With a full belly of fuel I’m sure 3 Tango Charlie appreciated the additional runway length. With the cool temps 3 TC climbed her way to five thousand five hundred. I contacted Cherry Point and picked up a squawk code and flight following for the ride north. Another beautiful flight, this time north up the coast.
Virginia Beach came into view just twenty miles south of the vacation get-away. We crossed the Chesapeake Bay noticing more tankers at anchor then this mornings south bound pass. Now traveling north up the peninsula Mary and I were searching for traffic, a Grumman Tiger. 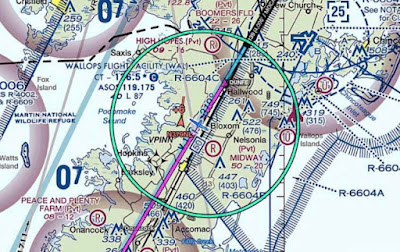 After fifteen minutes we finally had a visual as the Tiger passed overhead. Once locating the traffic and noting the weather at OXB we canceled with Patuxent and let down for Ocean City. It was busy in the pattern and with the single runway and no taxiway it was a bit congested.
I entered the left down wind for two-zero and had a school plane report left base for the same runway as I was getting ready to make the same call. Yikes! I quickly announced I would extend my downwind and asked the base turning plane if he meant crosswind, he did. No harm no foul, I turned base and landed offering to clear the runway at the taxiway H end so he could land. It saves time to both back taxi together since there were aircraft headed for departure. It all works out if we just communicate.
Posted by Gary at 11:50 AM

It was a gorgeous day to fly and walk around checking out the shops. Great job done by the pilot & 435TC