Sunny. Highs in the lower 80s. Light and variable winds... becoming south around 5 mph this afternoon.

This morning we (the men) will take a 30 minute ride from Ocean City Maryland to Cape May,NJ. It was decided (by the 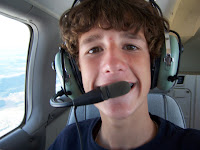 ladies) that the men will go fly and the ladies will do what ladies like to do at the beach. I am sure that will include walks, the beach and of course SHOPPING!

The men headed off to the airport to spend some time bonding, as us men sometimes do. I called to have 679er topped off this morning and that task was completed. We 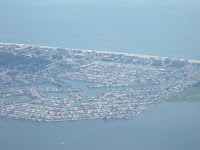 uncovered, pre-flighted and climbed aboard. I had to give the pre-flight speech that My lovely Bride usually takes care of. Review time; Seat belts, time to talk and not talk, looking for traffic, brake test, run up, exit strategy and finally the stall horn during landing. 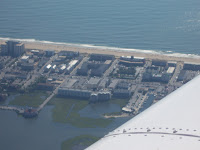 With all the technical goodies taken care of we finally get to start up. If memory serves me correct we taxied to runway 32 for departure. Run up complete, we announced our intentions and were underway. A smooth take off with a 45* turn out at pattern altitude. We headed across Assawoman Bay and zeroed in on Pam and Ted's condo. Pam & Ted's son Patrick was in charge of camera duties and he did just fine, well pretty good if we don't count all the self portraits(kidding Patrick). I think Ted and Patrick both enjoyed the 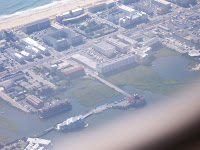 ride and had fun spotting aircraft and boats in the Assawoman and Delaware Bays. We entered the pattern for Cape May (KWWD) and joined on a 45* for the left down wind for 28. We followed a Mooney in and had a nice landing. After clearing 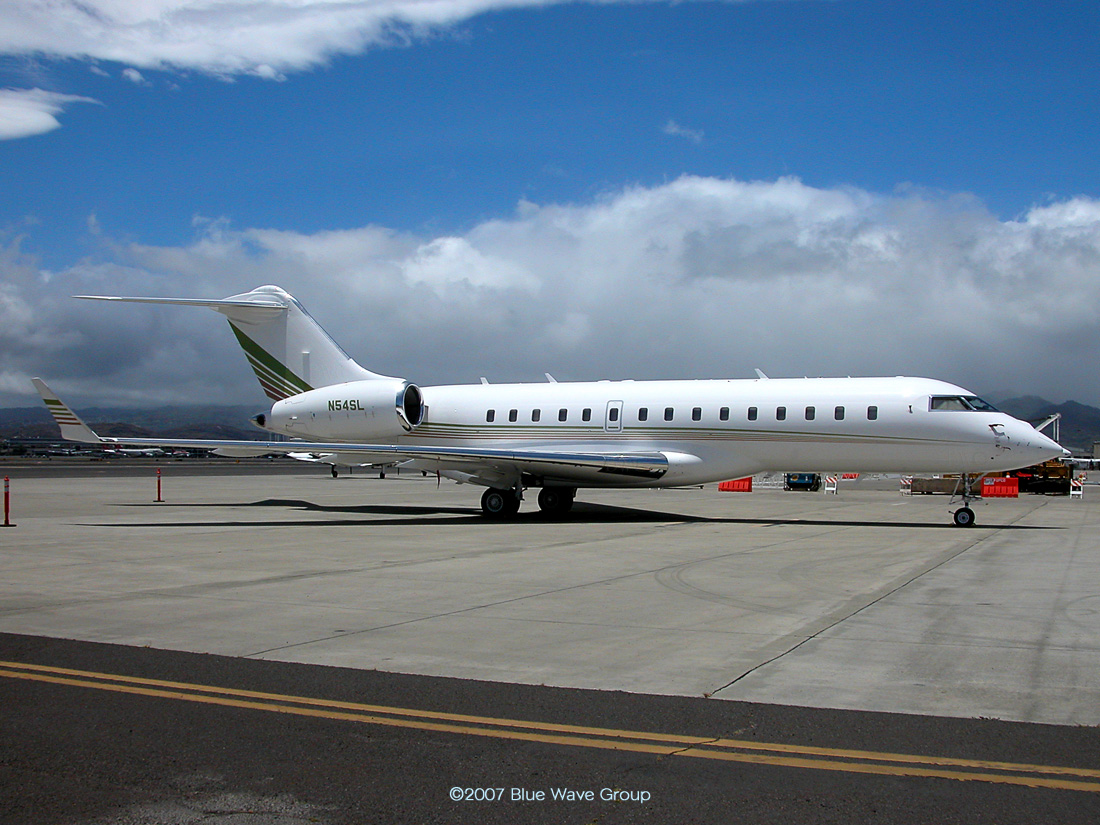 the runway we could not help but commenting on the corporate jet that was parked near the Big Sky FBO. After researching the tail number and calling my co-workers to confirm the aircraft, we find that it was indeed Oprah's Global Express, N54SL. I downloaded a picture from the internet since Patrick did not get this one. We taxied to parking near the DRBA Operations building and shut down there for our tour of the Naval Air Station Museum. 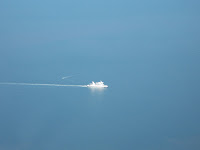 The Museum had more aircraft then the last time I visited. The F-14 Tomcat was completed as well as a few other new additions. We finished our tour and then saddled up for our return to Ocean City,

MD. I took off from runway 28 and at pattern altitude turned out 45* left to circle the Cape May light house while gaining altitude for our re-crossing of the bay. 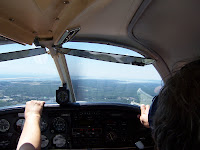 I opted for a left base entry to runway 14 at Ocean City and didn't scrub enough speed off as I wanted. Great showing to first time passenger as I announced a "going around" and gave it a second try, this time low and slow as I should have been the first time.

The men picked up the wives and Patrick went to work. We went 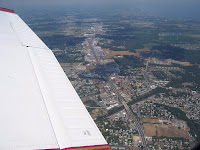 to a place called HarborSide Bar and Grill and had shrimp salad for a late lunch. Both the food and service were very good. With full tummy's we made our way for OXB. Potty stops completed, we saddled up for home after saying our good-bye's to Pam and Ted. We taxied out to runway 14 and held for traffic that was on short final. Mary and I launched for home and picked up flight following 10 miles north of KOXB. Mary 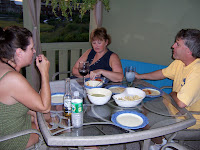 never saw or heard a thing, she was sound asleep in minutes. I was left to myself for spotting traffic and singing a verse or two from the weekend bet about an old cartoon, the wacky racers and Penelope Pitstop. Something about "stop that pigeon", did Penelope ever really fly a plane in the races? There's a $100 bet on the line here. For the younger readers this is why drinking,discussing old cartoons and making bets is not a good idea.
Back to the flying! Dover approach had me re-cycle the 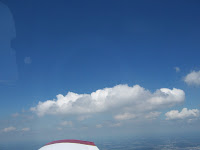 transponder since they had no radar contact on me. I shut it off, turned it on and now no light at all! Greeaaaat, I went through the procedure again, checking the breaker, re-cycled the transponder and finally hit the "ident". All of a sudden I could see the light blink at a rapid pace and then back to a normal rhythm. I went back and forth with Dover approach and finally they had radar contact. We road along together until about 16 miles south of Wilmington then I was cut loose to squawk VFR and a frequency change was approved. I acknowledged and thanked Dover for their patience with my transponder issue.

Mary and I had a GREAT time! I've known Pam since I was 18 and I'll be 50 this December. I've know Ted since they 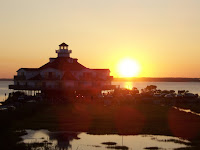 started dating and that must be 20 years. Where does the time go? It was so nice of Pam and Ted to open their home to us at the beach. It was great to spend time, have some laughs and enjoy good company together. I must say the sunset's from their deck are absolutely the very best! I could get used to that view real fast.
Posted by Gary at 6:15 AM

Penelope Pitstop did fly....lol....just have to find the episode. Cartoons at their best! Patrick just LOVED flying. Terrific friends, and an awesome sunset....It doesn't get any better than that!