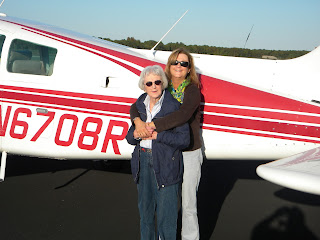 1. A woman who rules a family, clan, or tribe.
2. A woman who dominates a group or an activity.
3. A highly respected woman who is a mother.
On Wednesday, March 27, 2013 my loving Bride Mary lost her Mom. With the Easter Holiday upon us I hope that Mary's Mom is now reunited with her Husband Dan (Pop) and all the Brennan and Lemon family who have gone before them.
Mom, you will be missed but never forgotten. I was lucky enough to say I had a second Mom, who always treated me like her own son. I will miss your giving spirit, sense of humor and matter of fact honesty. I hope I carry forward the things you and Pop taught me since joining your family.
Early on when I joined Mary's family we had all gathered for a meal. Cemetery plots and arrangements came up at some point in the many conversations and Mom lets us all know she had written her own Obit as well as Pop had done his.  Of course me being the open mouth insert foot kind of guy, I made the following comment, that everyone else thought but didn't speak.  I said Mom you only wrote that so you would have the last word.....silence surrounded the table......Mom busted up laughing, she liked that.
Mom also like flying with us and made a few trips, Salisbury Wine Festival and the Lima Bean Festival in Cape May, NJ. When we flew to Salisbury she got out of the plane and hugged me. She said; "Honey, I don't want to hurt your feelings but that was boring".  I said uneventful was good, she gave that some thought, smiled and nodded with approval.
Mary Brennan Lemon, age 86, died Wednesday, March 27, 2013.

Mary was preceded in death by her beloved husband Daniel A. Lemon in 2011; parents, Michael and Margaret Brennan; and brothers, Alfred E. and Leo F. Brennan. She is survived by her son, Mark D. Lemon and his wife Madelynn; her daughter, Mary Mascelli and her husband Gary; grandgirls, Amy and Laura Lemon; beloved brother and sister-in-law, James P. and Letitia Brennan. Also surviving are the caring Brennan nieces, Amy, Kate, Maureen, Derry, and Shelagh.

Friends and family are invited to call from 4:30-6:30 pm on Monday, April 1st at the McCRERY & HARRA Funeral Home, 3924 Concord Pike, Wilmington, DE 19803. A memorial service will take place at 6:30 pm. Interment will take place privately at the Delaware Veterans Cemetery where Mary will be buried with Daniel.

"Honey, I don't want to hurt your feelings but that was boring"

I am very sorry for your's and Mary's loss. She sounds like a great woman.

Thanks, it's been a long week and Mary and I are working our way through it.

Behind on my blogs and sending our belated condolences to you and your family, Gary!