Friday forecast was looking perfect so I decided on Thursday I would turn in some leave time and take advantage of one of the last excellent weekends at the beach.  We could have headed south on Thursday but we were going to take our friend Jo Ann with us. We always have a blast together and it's just not fair making anyone contend with the Dover race traffic going to or coming home from the beach. 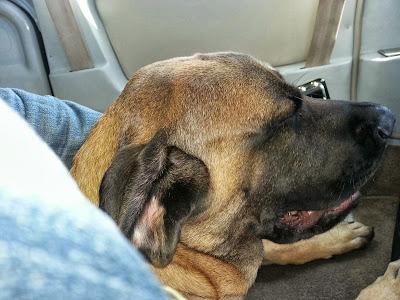 We loaded up my SUV and headed to New Garden, this still feels very weird but I am dealing with it. Twenty five minutes later we were at the hangar and 08Romeo was peeking out into the sun. So nice to have a clean plane ready to go with just a pre-flight and tank sump. 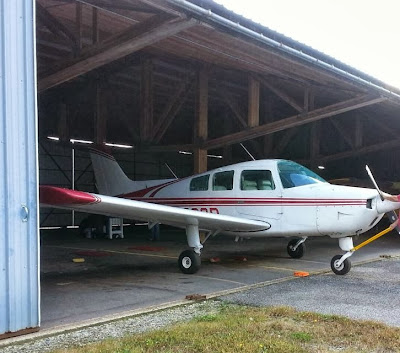 Ziva loaded up on the left side wing with just a little help from me and her step stool, quickly settling in with Aunt Jo.  I am keeping one seat out for Ziva to have space and it saves me thirteen pounds on W&B. I'll need every pound as our Ziva girl continues to grow, she topped seventy pounds today, just a week shy of five months! 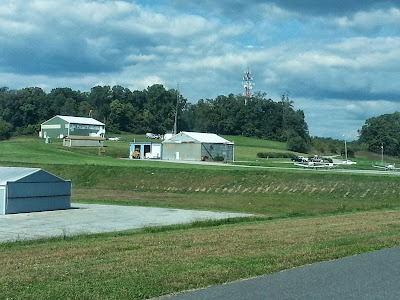 I taxied out to runway six making a stop just south west of the office so I could contact Philly Clearance Delivery. The call had some static but after a second try I had everything correct and was ready to launch. On Mikes recommendation I am going to use the short field technique to limit my time on a bumpy runway. I had filed for ENO EZIZI OXB but was given MXE ENO V29 SBY Direct. 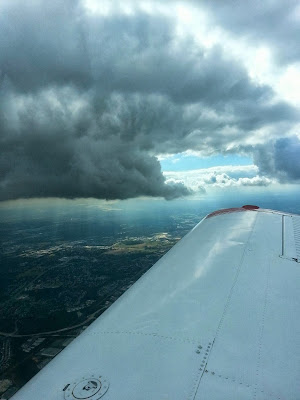 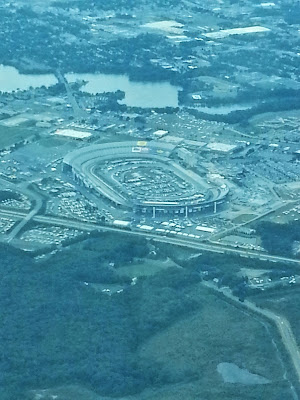 The flight was smooth with hardly any traffic around us. Philly handed me off to Dover and as usual Dover handed me to Patuxent.  When I made my call to PAX I advised having the wx at Ocean City. Pax was working three of us, all heading into Ocean City. 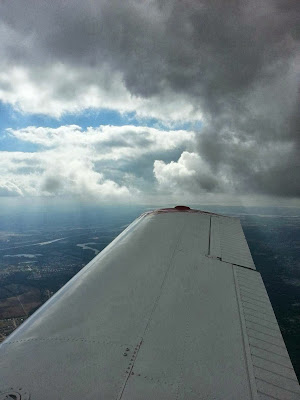 There was a Saratoga who was VFR flight following and a Citation jet IFR. I was in and out of a few clouds working through a layer and alerted PAX I had the field somewhere around eleven miles out. The Citation was behind me closing fast and eventually swung wide to my right to enter straight in for left down wind runway three two.  I was landing on runway one four since winds were 050* at eleven knots. I cancelled in the air and switched to CTAF making position reports with the Saratoga.  The Piper fell in behind me and decided to turn out while I landed and the jet extended his downwind. I was calling out a 1.5 mile final when the jet called his base turn so I continued in.  The jet jock didn't sound happy but I was closer and lower. I advised clear of the runway and the Citation was on the ground as I turned from the stub taxiway to the ramp.
SATURDAY 9/28
Saturday was a shopping day for the ladies in Berlin, MD and they had a blast.  I played a round of golf, went back to the motor home and showered then meet the ladies at the airport so they could return the rental from Don at Express.
We decided on heading north to Fenwick Island and eat up some Lobster cakes, good stuff!!  I'm not sure why, maybe a brain fart, but I went up the coastal highway right at the same time every rice burner car in Ocean City was heading to the convention center for the H2O International car show. Dinner was fantastic, I took the back roads back to Ocean City and our Motor Home.
SUNDAY 9/29
We decided to head out for breakfast and make the rounds through Ocean Pines and check out the latest real estate listings. Our favorite breakfast restaurant DeNovo's was closed so we headed towards Berlin for breakfast at the Atlantic Hotel. 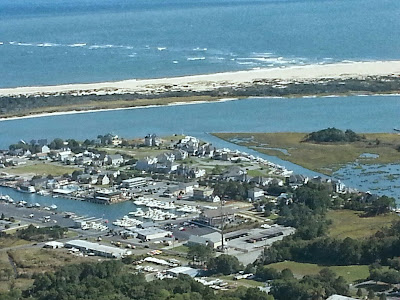 We selected a table outdoors and the cool air made for perfect dining. We all passed on breakfast and instead enjoy the lunch offerings. We finished up and headed back to the condo on wheels in order to pick up Ziva and close up shop. The wx was looking great as we headed for the plane. I uncovered and did my pre-flight while the ladies parked the car and covered out front on the land side.
We were started up and headed out to runway two, it's finally open! 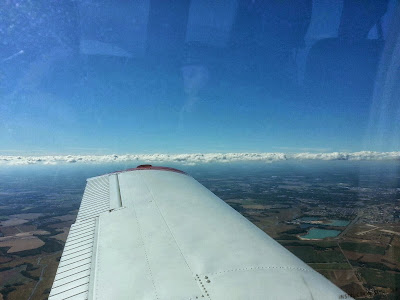 A nice and smooth roll with a notch of flaps had us climbing out quickly. I didn't file today, it was just to nice out to pass on flying the coast line home. We flew north along the shore line turning to follow the Delaware Bay home. I had to climb for the race TFR and get above 3.5 which put us right at the scattered cloud layer. It wasn't too bad as I descended towards Wilmington (ILG) mindful of their Delta airspace. I struggled to find New Garden, I just don't have a picture locked in my brain yet. Thankfully the Garmin 530 with the OBS dialed in for 240* and even more so the 496 with the extended runway got me to the down wind. I made an ok landing and taxied home. It was good to tuck 08Romeo in and get her all cleaned up for the next flight this week.
Posted by Gary at 6:35 PM

You guys are lookin' good! Nice to see how well the hangar is already treating you, too.

It's funny how hard finding a new airport can be - we've all been there. Yet, in a couple more months, you'll be amazed at how anyone could *not* be able to find it. The joys of piloting, huh? :)

lol...I had no clue where the airport was hiding and I was just shy of five out. I mean nothing, nadda, zip. I just went off the Garmin 496 and 530 for extended centerline.

Once I turned down wind I could see over the tress and then picked out the landmark silo off of 24.

I'm sure I'll learn the surrounding landmarks, for now it's just a bit embarassing not being able to find home.

I'm right there with you, Gary. My previous airport and my new one are both single runway, narrow facilities that are impossible to see if you don't know the landmarks around them. You'll get there. I'm still working on finding my new one from time to time, too!

Reminds me of the first time we flew into New Hudson / Oakland Southwest Y47 - northwest of Detroit - to visit family. It's nestled in between tall trees on all sides with displaced thresholds something like 1/3 to 1/2 of the runway length. Needless to day, unless you know what you're looking for, you won't spot it until you're almost on top of the place!