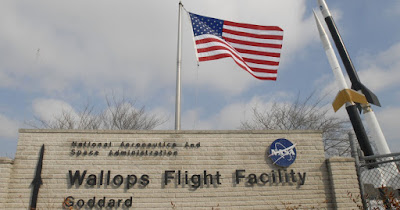 The day has finally come to step beyond talking the talk and now walk the walk.  Candy and Mark G are in town visiting this week from Austin, Texas.  Candy spent six weeks here with Mary and I following our airplane 'adventure' back in June.  Mark held the fort down at home including the three cats and dog, truly a team effort on their part to help us through our toughest times.

I wanted to get a tour to Wallops squeezed in.  I knew Mark and I would enjoy the tour and after a long day I was happy to see that both brides did as well. We were up early and I made breakfast for everyone.  Everything bagels with bacon, cheese, and an egg.  They were yummy!  We met at the recreation center on the north side of Ocean Pines to board a tour bus that provided a comfortable ride to and from the flight facility.

The one way trip was about fifty miles and about an hour long. We made a stop at the visitor center and picked up our tour guide for the day. Our first stop was to the control center where workers were simulating a prelaunch countdown. Multiple security issues to contend with and the vehicle launch itself kept the folks busy. Our guide did a great job explaining about the control room and the side rooms and their function during launch. 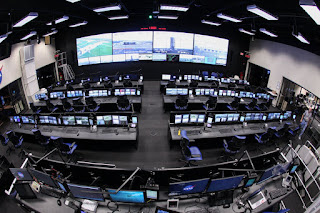 Our next stop was at the machine shop. All the work done at the shop is custom, no two payloads are the same. The machine shop included CNC milling machines, lathes, welders, sheet metal breaks, shears, rollers and additional tools and processes to support the mechanical needs of the current program. A waterjet cutting machine enables fast manufacturing of small parts in large quantities. 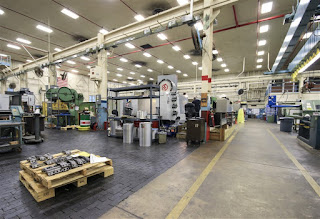 The waterjet can make specific pieces as small as you can imagine.  The operator shared his favorite, a mini, no micro pair of functioning tweezers that would fit on your thumbnail and the best part of the tweezers was the logo inscribed on the piece. Absolutely amazing. 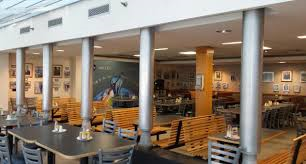 The group took a break and headed to the Lunch Pad Café to join the work force and eat lunch at a great price. 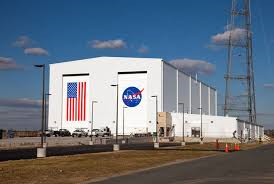 After  our lunch we once again boarded the bus for the Horizontal Integration Building (HIF) tour. We had to put on special lab coats to reduce static electricity and also had to leave all cell phones, key fobs or anything that transmitted an RF signal. 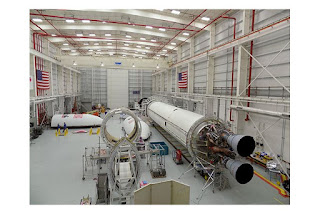 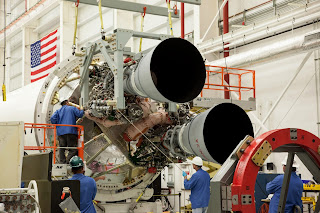 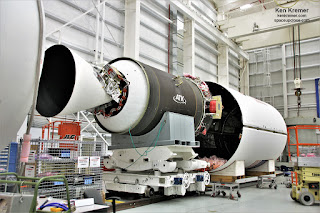 The HIF currently had one Antares rocket inside with the two new style engines hung and the first stage nearing completion. The facility manager gave a great presentation about the systems, fail safes and process. The manager detailed events from receiving the rocket to final assembly and prep for loading on the special vehicle that transports the rocket to the pad. 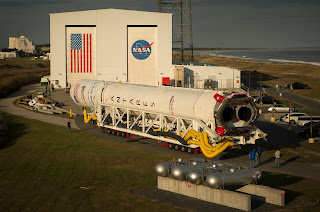 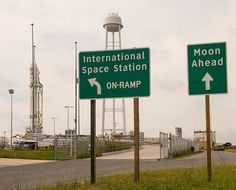 Pad 0A launches the Antares to resupply the International Space Station. Pad 0B launches the Minotaur which is used to launch small satellites (Minotaur I) into low Earth orbit. The Minotaur V is designed to reach higher orbits, including geosynchronous transfer orbit (GTO) and trans-lunar trajectories. ﻿
The next portion of our visit was again, just a drive by. The guide explained the type of training that is ongoing at the Surface Combat Systems Center. 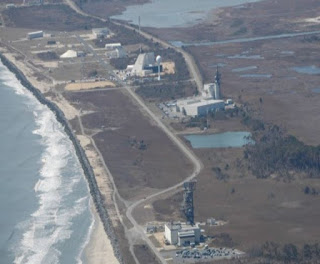 We also had a brief view of the flight line and some of the aircraft that Wallops utilizes. Here is a list of the Wallops fleet.

First up is the P-3, currently used for Operation Icebridge. There were also a few planes on the ramp that are used for spare parts. 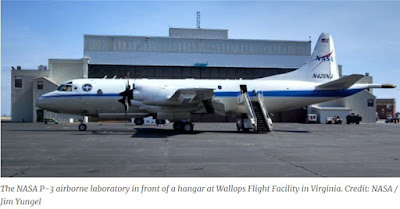 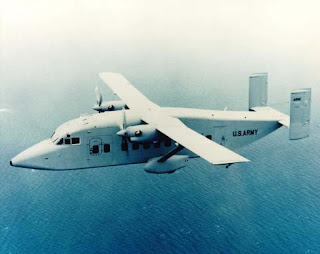 The latest addition to the hangar is NASA's Global Hawk 872. We didn't get to see it but I found a picture online.

We completed the tour and after dropping off our guide back at the visitor center the bus headed home. It was another hour ride, now north bound. The air ride provided a nice opportunity for a nap. We had a fun day. I 'walked the walk' and met my goal to complete the walking tour. I hope I'm feeling as good tomorrow as I am today.﻿

Wow. That is a fascinating tour. I cant even imagine tweezers that small. Thanks for taking us with you guys. And hope you are doing great.

The pink elephant in the room said...

I love that you describe it as your "June Adventure" - bravo for the attitude! :-)

Glad that Mark and Candy were ably to visit you again now that y'All are ambulatory.

I loved that you "walked the walk". That is great stuff Gary!

Jim and Sandie,
Amazing what they can do with the machines in that shop. It was a fun experience seeing the hands on work and then getting up close to the Antares rocket.

It was a blast having Mark and Candy here and that I could get around. Heck I did most of the driving since I've been cleared for that activity...."officially" ;)

Good times with great friends and many laughs. Mary and I are blessed with such good people in our lives.