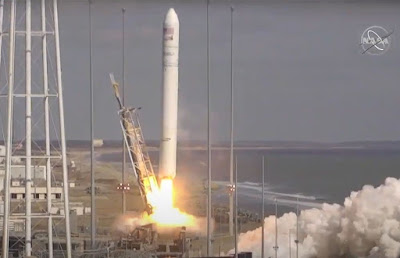 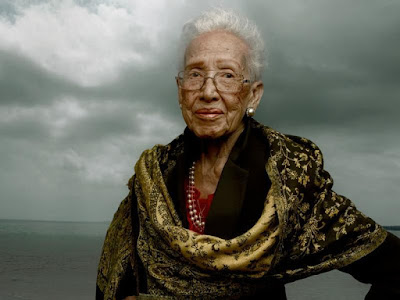 A NASA mathematician whose calculations helped send the first American into orbit is being honored as the namesake for a resupply craft that will support the astronauts circling Earth today.
The S.S. Katherine Johnson, a Northrop Grumman Cygnus cargo ship, launched to the International Space Station this afternoon at 12:36, 59 years to the day after Johnson's work made John Glenn's Mercury mission possible.
Northrop Grumman announced the name of NG-15 Cygnus spacecraft in honor of Katherine Johnson, a NASA mathematician who overcame barriers of race and gender, the company wrote in a Feb. 1 press release. "It is the company's tradition to name each Cygnus spacecraft after an individual who has played a pivotal role in human spaceflight."
Johnson, who died at age of 101 on Feb. 24, 2020, was among a pool of African-American women whose role it was to be the human computers for the National Advisory Committee for Aeronautics, the predecessor agency to NASA. Johnson and her colleagues performed the mathematical work needed by the engineers to advance their aeronautical work.
How the day unfolded...
My plan was to fly 3 Tango Charlie down the peninsula and either orbit Pocomoke City or hold over the MAGGO intersection on V1 southeast of Crisfield W41 and Northwest of Wallops KWAL.
With the low clouds sitting at 3000' and the winds blowing 25 knots from the northwest I thought it would be best to just drive an hour each way.  I gave the map a quick glance and found a Veterans Memorial Park right on the water, only six miles north of the launch. 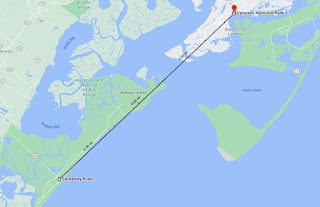 I saddled up and was on my way, there was very little traffic until I entered Chincoteague. The main street parking areas were full and there was plenty of foot traffic. I continued on, scouting a go to parking lot if I had to abandon the Memorial Park plan. As I made my way to the park I was the only one on the street where the park entrance was located. The park looked more like a children's playground that had typical kids equipment, ample parking, and a boat ramp.
It was T minus three minutes to launch. I grabbed my Cannon 40X, locked the SUV, and walked across the lot to a gazebo on the waters edge.  The people were very friendly, and another spectator called out one minute.
Launch is at the 1:26 mark
I searched the sky to the south and as soon as someone shouted there it is as I put the camera on it.  Even with full zoom on this small camera I only managed to see a spec with a fire trail until the sun washed out my view. I did see a contrail then the craft disappeared into the clouds.  The sight and sounds were awesome! The gusting winds drowned out the sounds in the video, but at least I witnessed the launch and heard it.
Posted by Gary at 5:32 PM