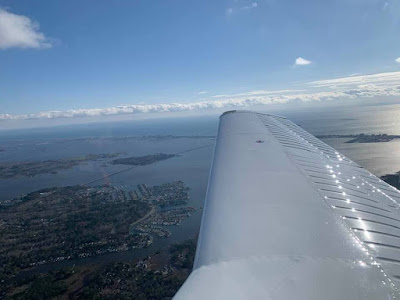 My brother and I traded text messages while we were watching the Phillies opening day game yesterday afternoon.  We decided to make plans for a breakfast meet up and had two plans in place.  The first, I would fly to Summit Airport (KEVY) and Joe would pick me up, then take a short ride to the Middletown Diner.  The back up plan, in case of weather, was to each drive to Lewes Delaware, about 45 minutes for me and about an hour for my brother. Breakfast would be at the local IHOP or Cracker Barrel.
The weather was looking good, at least when I made my check before leaving home. It was going to be windy (3209G18), but pretty much right down the runways at each airport. I was packed up and headed to the airport early, leaving the house at 8:15.  I planned to set up the tail came then said the heck with it. Todays flight would be a panel cam, crew cam, and old reliable front view cam. 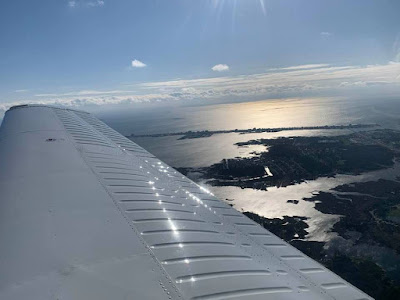 I unplugged the pre-heats and tugged 3 Tango Charlie out of the hangar and quickly climbed aboard. My hands were cold from the blowing wind and it felt good once in the protection of the cockpit. I set up cameras and then got the fan turning, trying to generate some heat. The ASOS reported winds 36018G30. What? Oh man, it's going to be a bumpy ride, I just know it. 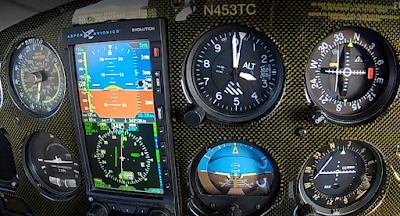 Sure enough climbing out was bumpy and so was my ride north. I did pick up flight following with Dover approach although the air was void of traffic this morning. I guess that should have alerted me.  I canceled with Dover once clear of their airspace and in VFR conditions shot the GPS 35 approach by hand. 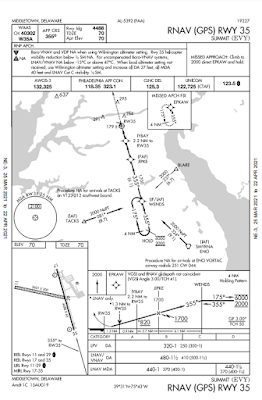 For the most part the approach was ok, I was VFR and looking for a CAP flight in the area. It was fun hand flying today despite the risers and sinkers. I rolled it on runway three-five and taxied off for the ramp, it was empty. Once shut down and the plane secured I headed inside to meet my brother waiting in the parking lot.  One small problem, I noticed the step up to the doorway landing but didn't see the small step into the building. Yep, face plant, caught myself with my hands out front and didn't damage any of the metal joints, plates, rods and screws.  I gave the folks at the desk a good scare and after making sure everything still seemed intact I stood back up. Yes embarrassed, but only a bruised ego.
I climbed in the SUV and we were off to the Middletown Diner. The food was very good and the service was excellent. I had creamed chip beef and home fries and Joe had eggs benedict. We certainly had a good time catching up, talking baseball, politics and future plans for Florida. We sat so long we doubled the tip and teased the waitress that we get the hint we're leaving, as she was clearing the neighboring tables. She laughed and said no worries, stay as long as you want.  I responded no no, I know what its like to be tossed out of a place and at least this time I'm not on the pavement. The waitress really had a good laugh with that one.

Joe and I headed back to the airport and once parked we sat and talked even longer. I watched the cloud layer dropping and decided it was best if I headed home.  I climbed aboard 3 Tango Charlie and got the fan turning. It took a few minutes to set up cameras which worked out perfect, in order to bring up the oil temps. 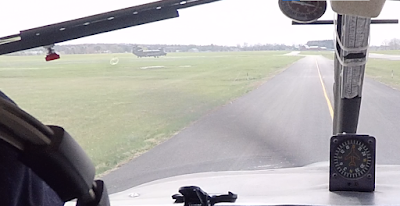 I taxied out for runway three-five and briefly held short for a CH-47 that looked ready to launch. I queried to see if the Chinook wanted me to hold short, but there was no response. Instead I continued to the runway and performed my run up. With the run up completed I launched for home and climbed away from Summit on the down wind leg of the pattern. 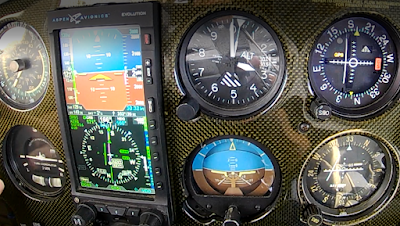 The ride south was bumpy but the tail winds produced excellent ground speeds. I decided on monitoring Dover but did not pick up flight following. I made my calls for Ocean City and completed the circuit, landing on runway three-two.
It was a fun day catching up with my brother, talking baseball and future plans for both our families. Good times!
Posted by Gary at 9:27 AM