POA member GeorgeC posted on the forum; "JGG, noon, Saturday, 11/20?".  There were a couple pilots unable to attend but a few of us were on board with the impromptu fly-in. RDUPilot - Frank, Pugs -Allen, and DeeLee - John, were all good to go.

I decided to turn on my pre-heats for 3 Tango Charlie, Friday late afternoon. Unfortunately I received no text message conformation from my Switchbox. I waited and tried again, still no luck. I decided to head over to the airport and check out what was going on and Mary came along for the ride. My bride was happy to grab a few of the storage containers for the Christmas decorations to keep herself busy while I'm doing that pilot stuff tomorrow. When I arrived I checked all the connections, they were good. 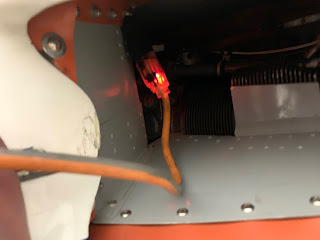 I reset the GFI outlet and gave the Switchbox antenna connection a quick test to make sure it was tight. As I was checking the antenna my phone alerted me to two messages received, confirming the Switchbox was now on. I did a quick visual, peeking behind the cowl plug to see that the extension chord plug was indeed glowing. Success!

We must celebrate these milestones so a trip to Dairy Queen was in order. I had a hot fudge sundae with Spanish peanuts and Mary had the caramel sundae with the same toping. The spoils of victory sure tasted good.

The plan was to depart between 10:30 and 10:45 AM. 3 Tango Charlie was toasty warm and I finished my preflight before opening the hangar door. 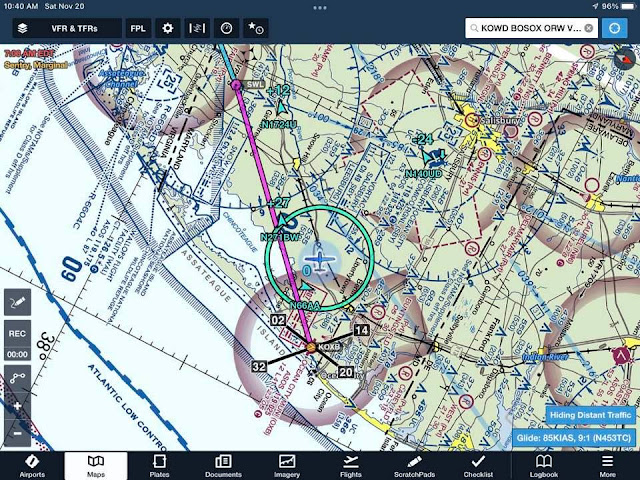 Winds favored runway two so once I got the fan turning I taxied out and completed my run-up. I rolled onto the runway, set for full power and was off in less than one thousand feet.

The ride was smooth at 6,500 and approach control was excellent as always. I picked up flight following with Patuxent then was handed off to two sectors of Norfolk before I finally canceled and switched to Williamsburg's CTAF.

I crossed midfield and entered the right down wind for runway one-three. I made an ok landing and made my way to the ramp.
Once 3 Tango Charlie was secure I worked my way out and was met by fellow POA member DeeLee, John.  John flew a Piper Archer and was first to arrive. We chatted with a guy that flew a Piper Tripacer as the rest of the group arrived. Pugs , Allen, in a Piper Archer, RDUPilot, Frank, in a beautiful Bonanza, and finally GeorgeC in his gorgeous 1950 Cessna 140. 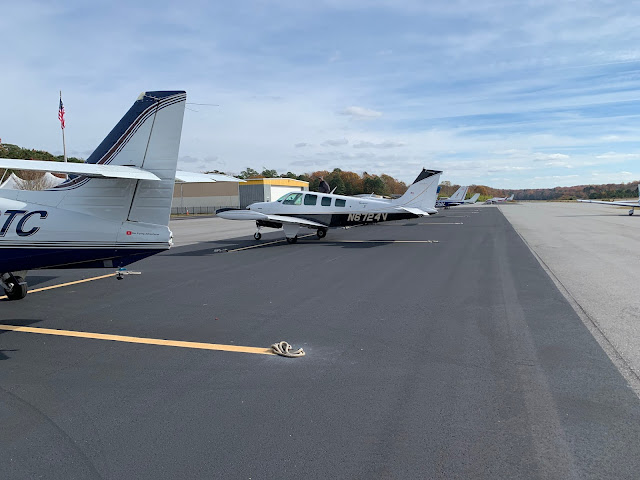 The weather was beautiful so we decided to eat outdoors. The food was excellent and the conversations entertaining. I hope we continue to meet up for breakfast or lunch in the future.

Once we finished up, Allen wanted to sit in my commander. Allen is looking to purchase an aircraft and the Commander 114’s are on his short list.

We all saddled up for our flight home and I think I was last in the conga line. I was setting up cameras and should have swapped for charged batteries but didn’t bother. I finished my run up and lined up on one-three as John climbed out in his Arrow.  As I departed I turned NE and followed the James River. Busch gardens passed by on my right side as I pointed for the Chesapeake Bay. 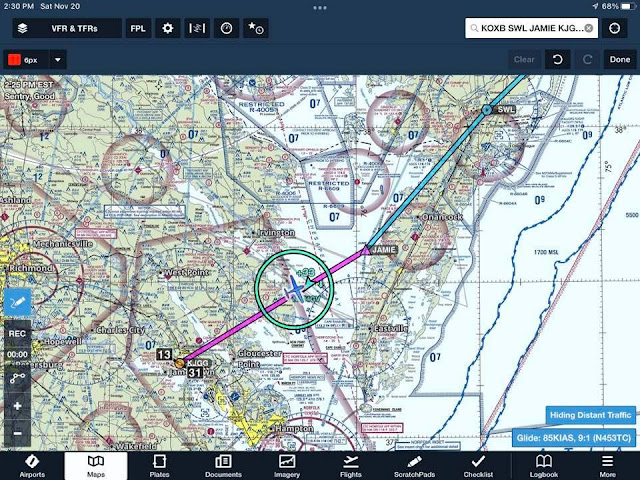 I did pick up flight following with Norfolk as I went feet wet. There was a scattered layer at three thousand and I passed overhead, leveling off at five thousand five hundred. At least the ride was smooth just like the south bound flight. I was handed off to Patuxent and eventually canceled as I let down for ocean city. 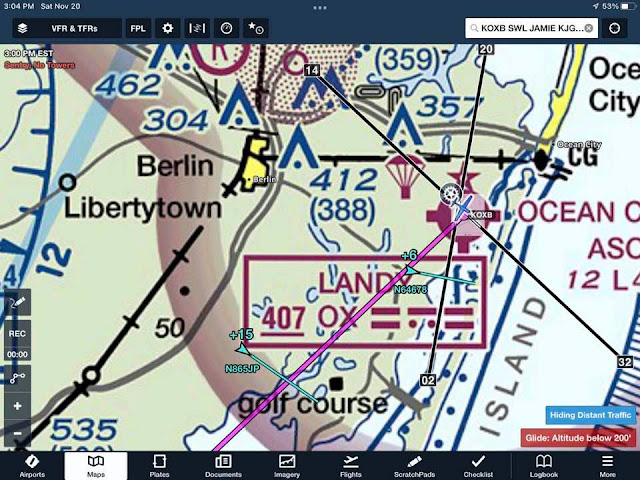 There was an inbound Cessna from the north and after trading position reports I would be number one for the field. I made a straight in for runway two  clearing as I crossed runway fourteen-thirty two.

I had a fun time meeting up with fellow forum members and getting some air time in our Commander.

Good write up Gary.. it was a pleasure to have met you and most definitely we are doing this again hopefully with some more PoAers.

Frank, thank you. Great to finally meet up, looking forward to catching up with our brides for lunch or dinner.