One Approach, Lunch, Then a Show 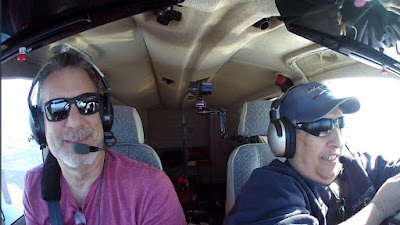 I posted on Facebook for a potential breakfast flight to Cambridge, KCGE.  I also sent my friend and fellow pilot Charles G a private message.  Charles was in Ocean City for business and flew in the night before.

Once I’m driving I don’t do text but will use the hands free phone. Charles texted and was going to meet me at the airport since he was preheating his plane for the ride home, unfortunately I never saw the text.  As I came through the gate and rounded the hangars I saw somebody standing on the ramp at the end of the F hangar building, it was Charles.

3 Tango Charlie was ready to go since I turned the preheats on at 5am. Once I finished the preflight Charles and I climbed aboard and headed for runway two-zero.  I completed the run up and back taxied for runway two. 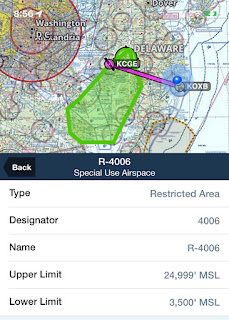 We launched and headed west for Cambridge. I had to check the R4006 restricted area floor and read thirty five hundred feet, unfortunately my brain didn’t engage and I climbed for three point five.  Charles brought it to my attention that I needed to be below 3.5 so I descended back to three thousand and continued with that pilot stuff. 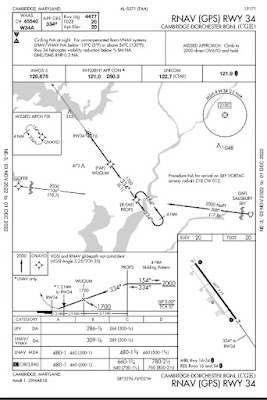 I did put the foggles on and Charles acted as my safety pilot to knock out one approach, the RNAV GPS 34. Traffic was landing on one six so my plan was a low approach then step to the right and enter the left down wind for one six. After the procedure turn and then heading for the final approach fix there was no traffic so I announced landing three four.  I made a nice landing and taxied for the ramp. 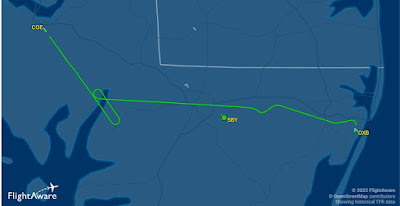 We missed the breakfast cut off time so lunch it was.  Charles and I each had a BLT and a cup of soup. The soup hit the spot on this chilly day. Temps at our cruise altitude was below freezing, -3c if I remember.

Once lunch was finished we saddled up for the return to ocean city.  At least going east we had the tailwind pushing us along  at 145 plus knots.  I set up for runway two and entered on a left base finishing up the day with another nice landing.

Before pushing 3 TC in the hangar I took Charles up to the terminal where his plane was plugged in for preheat. I headed back to my hangar, got 3TC tucked in the nest, then headed home. 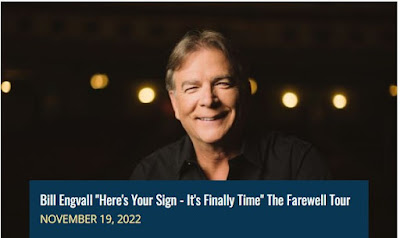 Mary and I had plans to see Bill Engvall's farewell tour at the Ocean City convention center. I got showered and dressed, Mary was just finishing getting dressed when I walked in. My lovely bride made baked ziti for dinner and the house smelled fantastic. We ate, secured the zoo critters, and headed out an hour early for the show. We both wanted good parking, which we aced, and made the leisurely stroll to the check in. The show was really funny, and as Bill Engvall closes in on 65 we could relate to many of the stories he shared about growing up and now getting older. He did finish with his bread and butter “here’s your sign” routine, good stuff.

Fun flying with you as always. CG