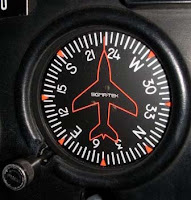 It bears repeating that I am under the gun to complete my instrument rating before my scheduled surgery on April 9th. I spent hours practicing last night, shooting approaches, tracking NDB's, VOR's and everything else one can imagine. I had the wind turned up almost zero visibility and anything else the sim could throw at me short of failing instruments. With all this in mind I head off to my 10am lesson hoping this would be the day I am assigned a mock check ride date.

The school is busy so I grab the clipboard and hurry out to 8LA for my pre-flight. Everything is good to go noting that the guy before me didn't shut the door or switch tanks for an equal fuel burn. Right side is full left side to the tabs. I'll burn the right tank for an hour then go back to my 30 minute switch routine for an equal burn rate and to keep weight and balance squared away.
This lesson will take me towards Reading KRDG and depending on the winds I'll shoot an approach there then head to Pottstown KPTW for the LOC RWY 28 approach. About halfway to RDG I tune in and listen to the ATIS and runway in use is 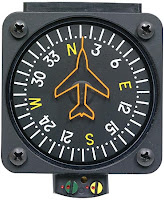 three one and Brian changes his mind and send me to KPTW. ABout this time the door magically cracks open and I ask what the rush of air is from. Brian says the door is open and I nod in acceptance and say thats nice, deal with it, I'm flying. Ok, how do we get there (the ETX 160* radial)from here? Well I was direct to the East Texas (ETX) VOR so I now tune in the 160* radial and turn east to intercept it. Remember the DME does not work in 8LA so I can use the 496 to calculate distance as a back up with my primary means of ID'ing the GOOGL intersection when the localizer needle comes alive. All is well as I am now tracking the 160* radial from ETX and Finaly get the localizer to show movement. I turn left and track the localizer out bound remembering reverse sensing so I have to drag the needle back to center. At the one minute mark I turn left to stay in the protection of the procedure turn and head to 240* to intercept the localizer track of 276*.
Inbound on the localizer passing GOOGl intersection and now starting my descent to 760 feet and noting my time for the 3 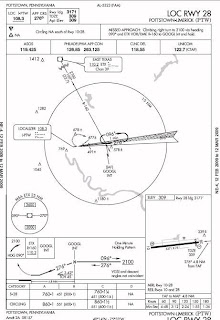 :12 run to the Missed Approach Point. Everything is moving like clock work, checklists completed and Brian even comments on the good altitude work today. Then it happens, I reset the Heading indicator since it's slightly off with respect to the compass and thus begins the chase of the needle. I hold steady but I'm two dots off, over correct and now three dots the other way, almost to decision height of 760' and the timer has but a minute left to MAP. I see a full scale deflection and go missed as my timer hits its limit. It gets better, on my missed the engine bobbled and we both immediately reached for the fuel pump (It's on)and we both called out switch tanks. I was on the fullest tank and best we can figure 8LA sucked up dirt or water. 8LA ran rock solid the rest of the lesson. I'm rather ticked by now as I full throttle and begin my climbing right turn to 2,100 and back to GOOGL. I start to scramble trying to get back on the localizer for my out bound heading of 096*, keep an eye on the ETX radial to help ID the intersection and once again have to twist the HSI back to match the vertical card compass. I'll refrain from posting my comments made in the cockpit on 8LA's equipment and I'm sure Brian won't soon forget since he got an ear full. Ok, outbound and timing for a minute actually adding maybe ten seconds to give me some wiggle room inbound. My twist and turn complete tracking inbound the HSI does not even match the compass card again. To hell with it, just fly the dang localizer needle. Things went much better this time and I came out on target. More on the heading indicator precession later.
The last approach for the day was the VOR -A back at Brandywine (KOQN). I tracked direct to with no problems and paid little attention to the HSI since it was doing something on it's own anyway. Brian had me correct the Heading Indicator (HI) to match the compass since I would need to hold a heading from the MXE VOR. I performed the procedure turn twice both times screwed up with the HI wacked out. I was getting pretty hot and thank God I didn't hold the mic button in. I had to calm myself down since someday my life could depend on it, this where we must fly the plane first. I wanted to placard the darn thing inop and fly partial panel the rest of the way but I would be looking up to see the compass. I made another correction and soldiered on now counting the third lap in the hold. Finally I get the dialed in and everything jives as the VOR swings to a correct heading. I'm inbound for OQN and start the timer and my descent. Times up and holding at 1200 feet I'm instructed to look up. Ahhh, what a sight runway niner at Brandywine. I advise entering the downwind for two seven and chug along. Base to final and over the numbers 8LA feels like she is falling out from under me so I add power and go around. I get an excellent call as I almost wanted to grab the yoke said my CFII. Do what? I don't think so....I was on it.
Around for another lap and I make a nice soft landing and taxi out, clear of two seven. I was so glad to get out of that bird today I actually cursed the darn thing and called her a POS. I am up again tomorrow at 7 am, I hope it goes a bit smoother or I'll kick 8LA right in the wheel pants and go sign up for surgery early....I'm tired, out of patience and sick of spending money. VFR flight is really looking good. Ok, I do feel better after that rant so I'll get off my soapbox for now.
I'm going to try and describe precession as best I can with the help of the Internet. PRECESSION: Another characteristic of gyros is precession, which is the tilting or turning of the gyro axis as a result of applied forces. When a deflective force is applied to the rim of a stationary gyro rotor, the rotor moves in the direction of the force. When the rotor is spinning, however, the same forces causes the rotor to move in a different direction, as though the force had been applied to a point 90° around the rim in the direction of rotation. This turning movement, or precession, places the rotor in a new plane of rotation, parallel to the applied force.
Unavoidable precession is caused by aircraft maneuvering and by the internal friction of attitude and directional gyros. This causes slow "drifting" and thus erroneous readings. When deflective forces are too strong or are applied very rapidly, most older gyro rotors topple over, rather than merely precess. This is called "tumbling" or "spilling".
Posted by Gary at 1:36 PM

I would have pulled out my INOP cover and placed it on there, about the best partial panel training you could get today.

Sorry to read your frustration. Tonight, don't turn on the flight sim, just RELAX. Take tomorrow as a fresh start, and greet 8LA with a smile, and hopefully she'll be nicer to you. You know how to fly, you know the procedures, you just need that sign off. Hope tomorrow is the day for you, if not, kick Brian out and get Rick in there for the Mock Ride, maybe he'll find something you can use to make your procedures 'click' better. I remember going up for my mock PP ride, and I learned so much from having someone else in the right seat.

I feel your pain. Well, not all of it, since I'm not having the surgery, but... Perhaps add the check of the HI to the checklist to be completed before the FAF. Once your inside it, I'm with Rob, cover it and go partial panel, don't start fiddling with it, but these things happen in "real life", too. Rob is also correct, don't overthink things, just relax. From your recent posts it is clear to me that you are ready. On my checkride, my examiner actually flew me through the localizer on a back course (long story). Just relax, go with the flow, and don't be afraid to go missed if things start getting away from you. I look forward to a post soon that says you passed. :)

I talk to the instruments...out loud. Yes, its weird but...it helps me. "On speed, altimeter looks good, -500 fpm, right 5 degree correction for a 276 degree course. Needles are moving, make it a 3 degree correction, on speed but going above lets go for -600 fpm...." etc. All the way down to DH/MDA. Probably drives the CFII nutz, but it works for me.

Thanks for the support. Maybe I'll take the night off and kick back to watch some TV. I guess I could read through the PTS in prep for the oral.

I call out what I'm doing too, I just need to keep that scan going and make the corrections asap.

Tomorrow is another day, 8 Lima Alpha will be treated kindly and we'll go from there. Hope she treats me as nice!

My flight instructor gave me a mnemonic to help set up an approach:

MICEATM: Marker beacon and align directional gyro to Magnetic compas, identify (the navaide), Course (final approach course), Entry (radar vectors, or as published), altitude(key altitudes for the approach),Time(if needed for the missed approach), Missed approach (procedures). Adding an "A" in front for ATIS (weather and runway information), makes it "A mice ATM".

Your going to do fine. Next weekend we can relax as well, or Celebrate,... have fun tomorrow and enjoy the flight.