The plans for transporting Marli, a 6 year old springer female was sent out through the MAESSR transportation email system.  There were five ground transport legs listed averaging about an hour and ten minutes each, not counting the actual transfer time and the always required potty breaks. The roads will be busy with holiday shoppers and the wx blessed us all with snow cover, all be it a dusting in my area in Wilmington Delaware.  I should mention that the "dusting" caused 150 accidents yesterday, as reported in the news journal.  I can vouch for three that I saw on the way home during my one hour commute that normally takes fifteen minutes tops. Two were taxi cabs!
﻿
﻿Mary is going to spend time with her parents getting ready for the holidays. I was in need of a right seater and Mike B agreed to fly the transport with me. This worked out great! Mike can fly the first leg to Hanover while I tend to the furry passengers. I can fly the leg home and we can each log some time on this mission. By the way, thanks Kim for giving the nod to Mike, I know you both have plans to head north to your ski get-away in Vermont.  I really appreciate you both donating time from your holiday plans.
﻿
﻿I took some time off work so I could help get ready for the flight tomorrow morning.  Mike and I met at the airport so we could get the snow cleared off the cover and the plane.  I ordered fuel and AeroWays pulled up when I arrived. Fill to the slot each wing plus six gallons. To the slot is 20 gallons plus the additional 12 makes 52. Round trip to Hanover (KOFP) and back is three hours not counting the drop or a lunch stop on the way home. 08Romeo was clean, almost ready to be plugged in so the Reiff system can do its thing except for one "short" problem.  I was about 75 feet short with the extension cord.
Mike and I saddled up for Home Depot and secured an additional 100 feet of heavy duty outdoor cable to get us hooked up. We also picked up a 1 gallon spray container and searched for de-ice fluid. All this work made me hungry and it was about that time anyway. Mike and I drove across the parking lot and went to Bugaboo Creek for lunch. Very good food and the rustic mountain lodge decor is pretty neat.  We decided to get back to the airport and finish up with 08Romeo. All plugged in and looking clean, we are just about ready for our passengers in the morning. I have to pull the two back seats and place the moving blanket tomorrow morning, then load the plane cover in my truck so we have everything behind the two front seats clear for the pups.

Its an early start to a fun day! The weather forecast was actually better this morning then last night and we were excited about the mission. The players have changed overnight; Marli is staying with her new foster family, Oreo was going to go with us but the man that had Marli decided to take Oreo home. So, lets review, no dog going south with us at all, but, Debbie has one dog that is ready to head north to her new adoptive family.  Ok, I think I  have all this squared away. Time to think about flying and deicing the plane.

The RainX de-ice product I purchased was ok but I would not use it again. The deicer kept the frost in a slushy state, I need it to blow off the wings and tail. I removed the rear seats and set up the moving blanket while Mike worked on the remaining deice. We decided on making a run to the auto store for a second gallon.  Pep Boys was close by so we set off in search of more fluid. I purchased two gallons of Peak RV and Marine antifreeze.

Formulated for winterizing all types of potable (drinking) water plumbing systems. This product can be used full-strength to winterize boats, recreational vehicles, trailers, vacation homes, swimming pools, and a variety of other winter storage applications.  Burst-proof protection to -50°F guaranteed! Safe for brass, metal, copper and plastic pipes (except acetate) . All ingredients are considered GRAS (Generally Regarded as Safe) by the Food and Drug Administration . 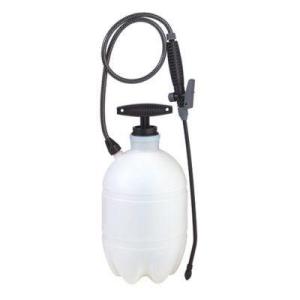 Once back at the airport we poured a gallon in the new sprayer and resoaked the plane.  Wow!, this stuff worked great! It easily melted away the slush and freely streamed off the control surfaces. Since we were ready to go we buttoned up and got 08Romeo started.  CHT's had fallen a bit since I unplugged prior to running out for more deice....I don't know, brain fart I guess.  Anyway, 08Romeo came to life and the CHT's were hovering around 110degrees. Oil pressure was good and the oil temp was in the yellow. 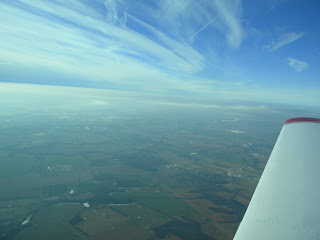 I picked up our clearance for Hanover and we were off. Once released we climbed out from runway two seven on leg one of the mission. Over to Philly and cleared to six thousand then handed off to Dover.  The XM wx was updating after a seemingly long pause and neither Mike or I liked the new picture it painted. We were handed off to Potomac approach and we decided to divert to KESN- Easton , MD for a sit down wx check to confirm what we saw and what flight watch was telling us about our flight path and destination. After giving the new wx reports a once over I made the call to our Virginia Mid Atlantic English Springer Spaniel Rescue contact to break the news. It breaks my heart not to help get the dogs to their homes, especially when this pup was going to an adoptive family. 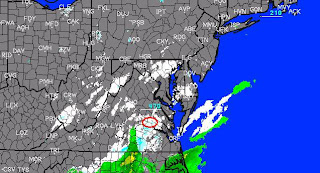 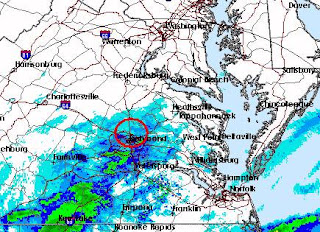 With the mission scrubbed we decided to have breakfast at the terminal restaurant (which was really good!) then high tail it for home. I passed on the left seat and Mike flew the hop back to Wilmington too. I watched for traffic and took in all the pretty snow covered scenery passing beneath us. My thoughts are with the new family wondering how they will take the news about having to wait a bit longer.  I am also thinking of my friend Jeff who at this very moment is winging his way across west Virginia. Jeff is moving his plane to its new home in Champaign, IL - KCMI. I'll be home in time to track his second leg from his fuel stop in mid Ohio to CMI. 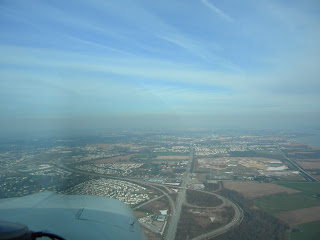 My "in the zone" moment is broken by the tower controller at Wilmington, my God, it's the same tool that had traffic screwed up the last time Mike and I flew home.  OK, push everything out of the mind and concentrate on radios. Mike positions us for a left down wind midfield entry for runway two seven and squeaks another nice landing. We taxi in and shut down now faced with putting 08Romeo back together.  We transfer the back seats from my SUV and bolt them back in the plane. We organize the baggage area now holding three extension cords for plug in and our 1 gallon pump sprayer that worked really well.
﻿﻿
﻿﻿1.9 in the book with a safe retun to the home base. I learned a bunch today from Mike B.  Good wx decisions, diversions and radio work. We had some carb ice in our descent so Mike requested a circle to land over the airport just to be safe instead of trying to loose altitude and deal with the extra cooling.
I'm looking forward to getting night current again soon, maybe over the holidays if the wx plays nice.
Posted by Gary at 4:04 PM

If you've ever got a rescue out this way - please let me know. While I haven't volunteered to date I'd love to help out and get more involved with rescue flights. To be able to rendezvous on a flight transfer would be awesome!

Too bad this mission got scrubbed... But hopefully your efforts build some good karma!