Mary and I packed up and headed to the airport Friday afternoon.  Yes, I took a half day and decided to head south.  Mary's Friend Jo Ann joined us for the weekend and pulled up to Red Eagle ready to fly at 1pm.

I had taken on some fuel to make my total thirty gallons for the flight.  This was a VFR flight direct KOXB, Ocean City.  The wx was looking great but the winds were blowing. I found the sweet spot right at three thousand and rode along smooth and steady.  I was watching the clouds roll in from the coast and knew I would have to duck under or get a pop up into OXB.  The bottom of the layer was around twenty five hundred feet so I descended to eighteen hundred for the last ten miles making my position calls.  I felt bad, the smooth ride was over and I was know getting pushed with tail slides left or right, not fun for me, or my passengers.

I had the wx at OXB and the winds were zero six zero - zero seven zero around 15 gusting twenty something.  Runway 2-20 is still closed so it will be runway one four for my best shot.  Running through my mind is the fact I flew once in the last month and had logged two, yes two landings. I wasn't ready for the crosswind but knowing I was going to take a shot or run for Salisbury KSBY.

First attempt, not stable, wings rocking and throttle work was keeping me busy. Only a second notch of flaps for this try as I cross the fence with airspeed from 80 down to 60 knots feeling like the bottom falls out then floating. I'm in the flair or what I managed to make resemble the flair when I felt like I didn't have enough throttle to arrest the sink. I was nearing my go around point and went full power hanging in ground effect then getting positive climb before retracting flaps, a notch at a time.  Meanwhile I was listening to the stall horn sing to me like a police siren from Great Britain. 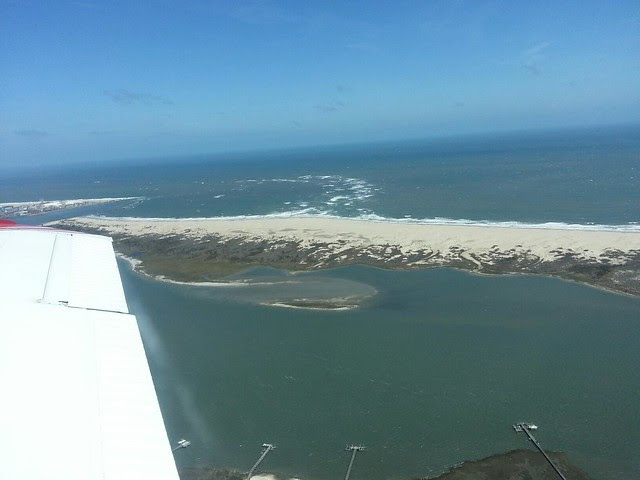 Somewhere in there I mumbled a c'mon baby climb out as I horsed 08Romeo around to the crosswind.  I extended my crabbing downwind a bit and made my base to final turn. Nice and steady, one notch of flaps this attempt and seemingly better control of the gusting conditions. I'm over the fence, left main planted for a short squirrely ride then the right main and nose gear. We're down, now making more aileron corrections to keep me down the middle of the runway. It felt good to taxi off and shut down.

Joe the lineman came out to meet me and help tie down. He said nice second landing, looked like a wild first ride. I acknowledged it was and followed up with no fuel but I'll take that change of shorts, he couldn't stop laughing.

He then told me the jet on the ramp made multiple attempts too so don't feel bad. Yeah, I nodded, and they get paid to do this stuff.
We loaded up the airport car we keep covered in the lot and headed for the motor home. Jo Ann said I bet you need a beer. Beer hell, I'll take that captain and coke when we get there.

We had a great time in OCMD. Tried a few new places to eat, cooked clams here at the motor home and cruised around having fun.  I had watched the wx overnight and decided I wanted to be in the air close to 12:30. I had figured on that being the best time for a chance to bug out VFR even though I filed, just in case.
We were packed up and to the airport just about on time. I took on sixteen gallons to make my fuel total forty.  Joe fueld 08Romeo and told me a Cessna 182 came in after me on Friday and made multiple attempts to land finally coming in and pranging the prop, not good. With fuel complete and tested and a last look at wx I knew I had to contact Washington Clearance Delivery.

We launch off of runway three two with the sock dancing back and forth. When it did swing it looked like it slightly favored three two over one four so off I went.  Washington Clearance returned my call and cleared me as filed; KOXB ATR DQO KILG.  On departure fly runway heading, three thousand expect five thousand in in ten. Frequency for patuxent 127.95 and my squawk code 5612. I switched back to unicom and made my departure call then rolled down the runway. I was off and crabbing/climbing to three and eventually made contact with pax. 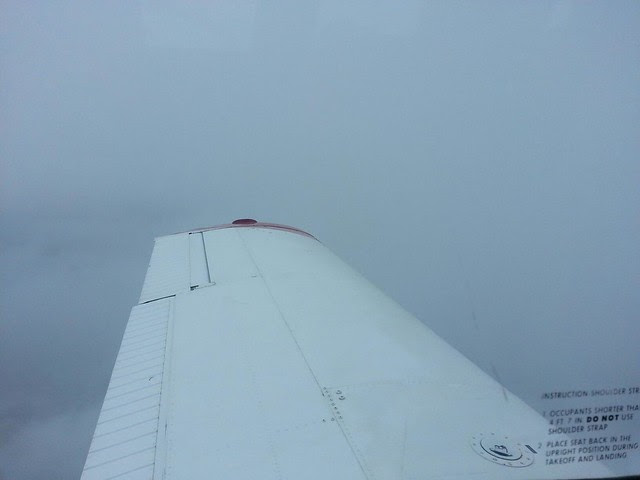 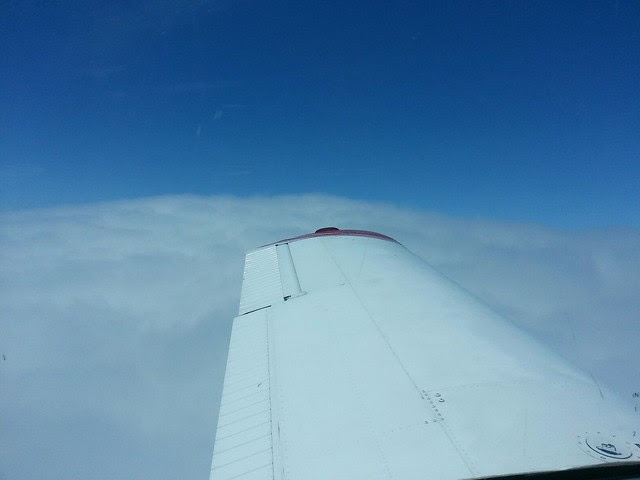 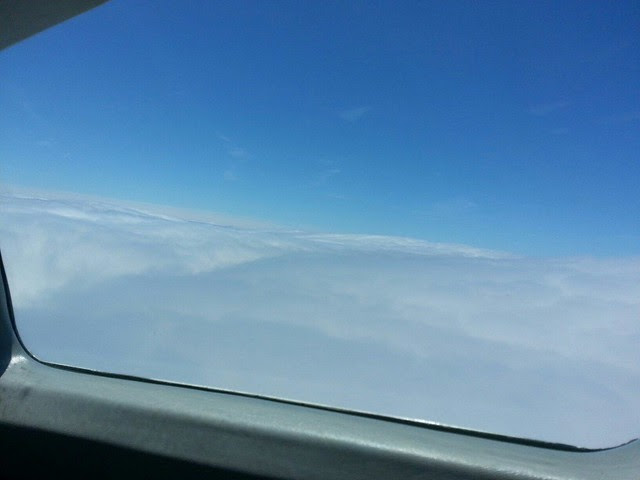 We sat in IMC for a short time and then I was cleared to five thousand direct waterloo (ATR). On my way to ATR I was handed off to Dover Approach and a direct to KILG followed.  Wow! that was too easy, maybe all that clean living, ah no.

We finally broke through on top and our friend Jo Ann thought that was the coolest! She has been in the plane with us multiple times but this was her first IMC experience. We were on top to just north of Dover, Delaware when the layer vanished.  Dover stepped us down to four thousand and handed me over to Philly.  I reported in with level four thousand and hotel at KILG. Philly vectored me for the visual runway nine since he was trying to get a Piaggio in ahead of me and in between two other planes.
A super smooth landing and another fun trip is completed. A great first beach run for the season, testing my metal into OXB and getting some IMC on the way home.
Posted by Gary at 7:36 PM

I love beach trips! I still thing your RV scenario is perfect. As for the Cap'n & Coke.........I say make it a double double tall tall!

The motor home works out great for us. No taxes, move it home when we are done for the season and the potential to change locations every year.

Nice little trip. Glad to see the vacation home's working out well for you guys. :)

Friday was windy all over - I managed three decent landings myself, though they got slightly worse each time around. Go figure.