I plugged in 08Romeos Reiff preheat oil sump and cylinder head heaters yesterday for our breakfast flight this morning.  Mary was not feeling very well when we got up so I decided to make the run solo. Mike was busy and Vince lost power so his phone wasn't charged. Vince did text as I was starting up to taxi out.
08Romeo was quickly off and pointed south. There was glider activity at new garden this morning so it was extra eyes out until clear of the airport. The ride south was smooth at three thousand as I listened to some oldies and the occasional interruption by Dover approach. 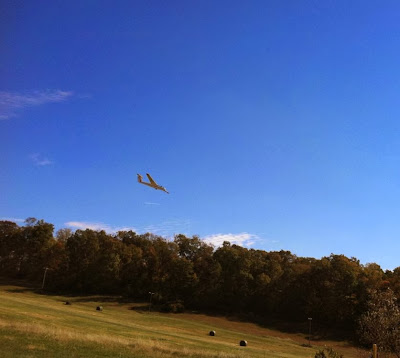 Winds were 310* at seven gusting seventeen so my plan was to use runway two-eight.  I entered the pattern on the crosswind  and with a Mooney in tow landed long to help clear the runway a bit quicker.
It's always a fun time catching up with the woodbine bunch, a good group of pilots that keep the breakfast run tradition alive.  We sat and chatted for a bit then headed out to the ramp.  I had to sump since I took on twenty-three gallons at $5.22 with a motor fuel tax refund of .23 a gallon. 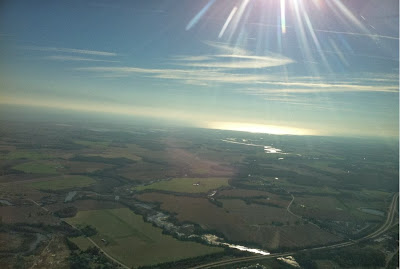 I launched from two-eight and made the bumpy flight home in a quiet cockpit.  There was only a flew blips on my PCAS and a call or two on the shared CTAF (123.050) of New Garden and Ocean City MD. I made a call ten south for my position report and full stop intentions.  I heard two planes in the pattern and one glider that I would have to contend with as I entered the downwind for runway two four. Pretty stiff crosswinds on final along with me floating it down the runway, I somehow managed to get 08R home and still remain airworthy. 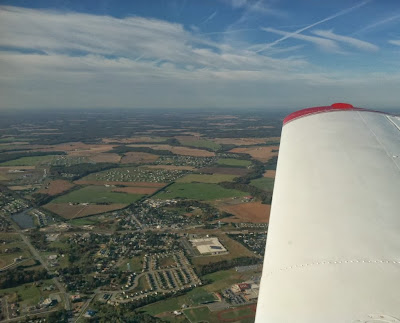 I definitely noticed that I had no heat today. This will not work on our trip to Boston so another trip to the hangar this week to remove the cowl and investigate is in order.
Posted by Gary at 3:34 PM

KGED has some good breakfast! Sorry to hear about your heat! It's getting to be that time of year!

Victoria, Good eats and good company with the Woodbine pilots.

I'm going to investigate the heat issue today and find out if it's a hose or cable. I'm in for annual in two weeks.