Bob C was so kind last April, he had air shuttled me back to New Garden  from 58M Cecil Aero (Claremont) for o8Romeo's brake service.  Well, as they say, no good deed goes unpunished. Today I had the chance to pick Bob up and air shuttle him back to his home base at Brandywine Airport, KOQN.  Unpunished you wonder....Bob willingly subjected himself to safety pilot time for me so I could knock out four approaches and thus save myself from turning into a pumpkin, mouse, er...whatever I would be. 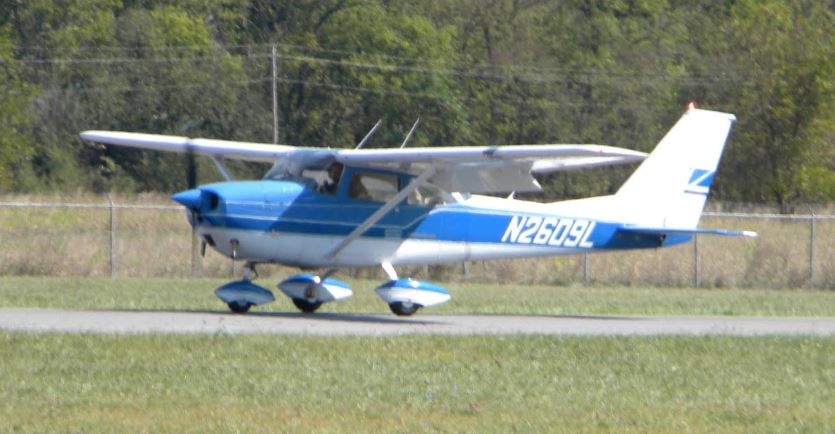 Bob had texted me around 7am inquiring if I was busy this morning. Me busy? wait for it........I'm retired I got nutin' to do. While I usually am up from 5am on, today after taking care of Ziva dog I crawled back into bed and passed out. I did manage to respond around 8am so I guess that wasn't to bad.

I was at the hangar and wheels up at 9:09am! Todays forecast was calling for strong winds later in the day, we wanted to be current and transport complete before the winds kicked up.

I made a nice landing at 58M and taxied clear for a helicopter practicing auto-rotations. It was great to say hello to the guys in the shop and sit a spell with Roger.
Bob and I loaded up and the plan was to knock out four approaches. We headed for Summit, KEVY and I announced my position for the GPS 35 approach. Someone at the airport advised the airport was NOTAMed closed for Boeing helicopter testing, I advised I was low approach only, they asked if we could go somewhere else.  Very strange, but off I went after a lap in the hold at WENDS. I didn't check for NOTAMS because I had no intention of landing there. Off to do some 'other' approaches.
Next up was a pair of GPS 31 approaches into 58M.  I was good on the needles but enroute, while briefing, I wandered off course.  Bob had his hands or eyes full of traffic so he was doing a good job keeping me safe. After the first approach I mentioned that Mike B would have been feverishly pointing/tapping at the heading indicator, we got a laugh out of that.  I always hear Mike B in my head when I fly along with Bill M, both great instructors.  Mike just gets me, he knows how to push my buttons and make me sweat, he knows to cut me no slack.
Next up we headed to Brandywine for two more approaches, VOR A and the GPS 9.  First the GPS 9, I quickly chugged and plugged on the go trying to keep fresh on no VTF, vectors to final. I selected direct GLMO then switched to the flight plan (FPL) screen and activated the leg between GLOMO and CEFSY.  I made a very nice intercept and eventually came out from the foggles at MDA of 1020, say 1100 for safety.  There was the runway just where it was supposed to be!
I called a missed and climbed back out for a last approach, the VOR A or as I first announced it VOR 9...(head slap...duh) I chuckled and corrected that to VOR Alpha. I climbed out direct Modena, MXE for 2,800.  I know its 800 high but I wanted to practice a descending turn for the procedure turn. I crossed Modena and did a nice teardrop with easy wind corrections. I descended to 2000 and shot the approach with a circle to land on runway two-seven. I made a nice landing and taxied in to drop off Bob C and take on some fuel.
I climbed back aboard 08Romeo and pointed her home. A nice one notch of flap take off and smooth climb. I had to stay under 3000 for the Philly Bravo since I wasn't feeling chatty today. Once clear of Philly airspace I climbed to 5500, it was a poor choice. Winds went from 15 across the nose to 23, it was slow going. I decided to wave the white flag and started a descent across Dover back to 3000.

By this time in the day the winds were there to say hello. This was one of the worst rides and my back spasms are reminding me as I sit and type this. I could not slow down enough to be safe, I was getting hit from all sides hard enough that my shoulder and lap belt would gouge me. Add in tail slides and you get the idea of my rodeo ride. I finally announced my position for landing at OXB and made a sweet one wheeler into the crosswind and then sat the other main down followed by the nose. I was thinking this would have been a flatsville special but I did a nice job. I'm starting to feel like I belong in the left seat again.

I tucked 08Romeo in her hangar with a very full belly of fuel.  I'm loaded up and ready for my MAESSR flight Thursday morning, KOXB KILG KOFP KOXB.  Pictures and a report to follow.
Posted by Gary at 6:41 PM