Ted and Laurie(Cloud Nine Rescue) had posted an event on Face Book for a get-together of friends and Pilots of America (POA) forum members. I had recently accepted a position consulting on a project that was scheduled to start late March early April. Since the timing was now critical, we quickly dispensed with flying 08Romeo and instead scheduled commercial flights via the spam can, mailing tube or whatever you want to call it.

Of course on the day of our departure the project, with an email, gets pushed back to a Tuesday start and we could have flown 08Romeo, well it was a thought. The weather at Ocean City was nothing but fog. It would have taken a better part of the morning to get out with 08Romeo which would have made a long day flying requiring a possible overnight since I am not night current. 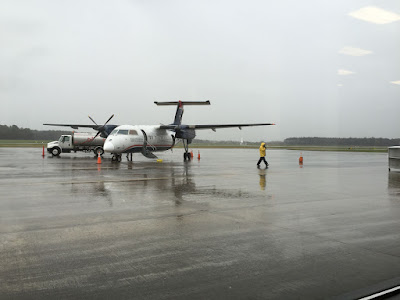 Mary and I arranged for the pets to be boarded and took care of that chore then headed for Salisbury KSBY for our 10:45 departure. We would arrive in Philly around 11:30 and sit and wait for our 1:40 flight to Kansas City, KMCI. 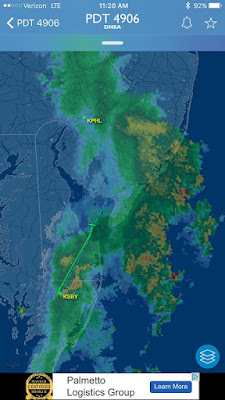 The Salisbury flight went smoothly despite the nasty weather that was passing overhead. I think we crossed the Delaware Bay just south of Dover at three thousand and continued to Philly. On very short final the typical set the props for go around sounded different. We were going full power and climbing out followed by securing the gear. The crew made a return after being vectored around for a bit and the second attempt was a nice landing in gusting winds in the Dash 8.

Eventually we boarded the Embraer 175 for the last leg to Kansas City. This was our worst flight. Smooth for all but the last ten minutes but we had no heat. At thirty five thousand we were cold and my Bride was not a happy traveler. She even mumbled how long does it take to drive home. 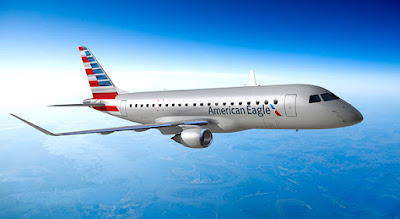 We made our way to Enterprise and rented a Dodge p/u truck, 4WD no less, wanting to fit in with the surroundings. We should have rented an SUV but we're always a bit different. Ted called while we were working out the rental details and asked if we could pick up his friend that landed about the same time. We arranged to meet at Enterprise and it worked out perfect. 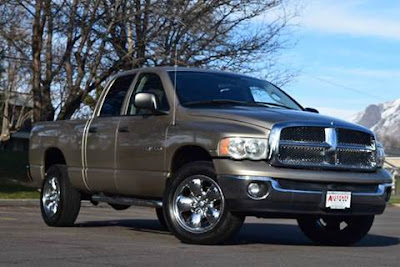 We checked in at our hotel then headed to Ted and Laurie's for some pizza and catching up with early arrivals. Pete did a flyby in the Diamond but I wasn't quick enough to get outside and snap a shot. It was fun to see Robert and his sisters, they seemed to grow like weeds just since we last saw them this past October.

We didn't last very long into the evening since we were up early and flying all day. We eventually headed out and found our way back to the hotel for some much needed sleep time.

﻿ We slept in a bit later than planned then finally got ourselves showered and dressed for some bonfire farm fun. We picked up Pepsi and water along the way and continued to the farm.

It was a long day filled with great aviation stories, meeting new people and putting faces to names on the flying forum. All the kids had fun, even the big kids. We enjoyed hay rides and tremendous amounts of delicious foods. Laurie had made every type of salad one can imagine. Potato, corn, pasta, even gluten free selections. There was enough BBQ beef and pork to feed an army. If anyone left hungry it was their own fault!
The sun had set and the bonfire was kicked off. A smaller fire pit was set up for the roasting of the marshmallows for smores. Again, kids of all ages enjoyed the warm fire, tasty treats and camaraderie.
I know I've said it before but it's worth saying again how much our 'flying family' means to us. We have made life long friendships and truly feel welcome in their homes as we welcome them to our home. It's hard to explain and maybe hard for some to understand that bond. Knowing just about anywhere you travel there is 'family' close by.
Mary and I finally ran out of gas, we were both tired. We said our goodbyes and I know we missed some people but we were physically beat. You hate to leave but it was time for us to make our way back to the hotel. My torn tendon in my foot really flared up and when we got out of the truck I limped back to our room. Mary's hip wasn't feeling much better so the two of us passed out.

Our flight is scheduled for 11:50 and we have to return the truck rental. Slowly we got it in gear and managed to squeeze in breakfast at the hotel dining room, Johnny’s Italian Steakhouse. The food was good and the service was quick and friendly. After finishing up we made a last pass through our room then checked out. 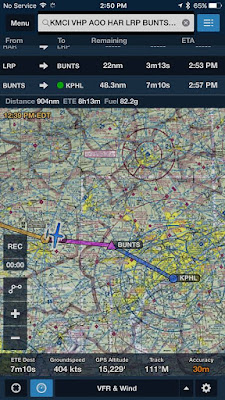 It was a thirty minute ride to the airport and we found our way to the rental return without any problems. The rental companies have a shared bus service to shuttle passengers to and from the terminal. The shuttle dropped us off at Americans terminal but we could not find a sky cap anywhere. We went inside and the line was already starting to grow for security checks. Mary and I got in line and decided we would just ask to check our bags at the gate.
This airport has a full body scanner and it made it a bit easier. However, I did get pulled aside and they asked to check my left shoulder and right ankle areas. I looked at the screen and its just a white outline of a body with highlighted yellow squares of areas of concern. Thankfully not MY body outline.
The TSA agent asked if I had any pain in my shoulder or ankle area...strange...I said besides arthritis and a torn tendon what's left. the shoulder was my Italian horn but no clue what triggered the ankle.

After the screening we found our gate, it was a very short walk in an older terminal. Once the attendant showed up I asked if we could check our bags and he said absolutely, it's always tight getting all the carry-ons stored. Hint...no baggage fee if you check them at the gate.
The flight back to Philly was smooth but once again hardly any heat.  My Bride said she doesn't want to fly this way again, she was freezing. Once in Philly we had a three hour layover, I could have driven home but we already had tickets and why pay for the additional one way car rental, so we sat. They finally called our flight and we boarded the mighty Dash 8 once again, this time for home. Captain Bob kept us at three thousand once again as we crossed the Delaware Bay with Dover just off the wing. We crossed RT50 and Mary pointed out Salisbury. A nice flight and approach but a real main gear plant ended the flight.

It was good to climb back in our SUV and motor home. With a quick stop for something to drink we then proceeded nonstop for the house.  As we passed the mail pavilion we looked at each other and simultaneously said tomorrow...we crack ourselves up. After a quick check that all was in order we called it an early night a crawled into our own bed...it's good to be home.
Posted by Gary at 3:44 PM

Guess you will be flying Mascelli Air from now on! Charlie N57

As much as possible! 😊