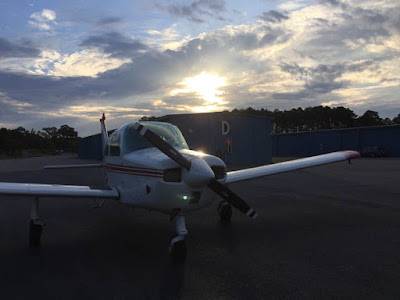 I figured once I was up to take care of the zoo I would head to the airport to get in a quick flight before Mary and I started off our day.

The plan was to fly over to Lewes Delaware and take a few shots of my project. It's been fun for me to grab overhead shots documenting the progress.

The airport was quiet, just me, my plane and a few bullfrogs croaking. After my pre-flight I taxied over to the pumps for some fuel, there is no fuel truck running this early. 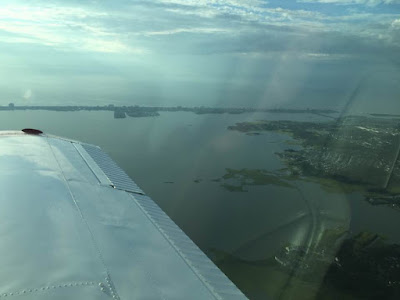 After start up I had to wait on the Garmin 530 and GDL88 to sync, that was a first. Once everything was playing nice I taxied and departed runway three-two with winds two-eight-zero at seven knots. I was soon pointing north on a zero zero six heading and enjoying the cool air and cloudy sunrise.

Once on station I made a left half circle, wide and at two thousand feet. I clicked off a few pictures then rolled wings level and pointed 08Romeo at Ocean City. 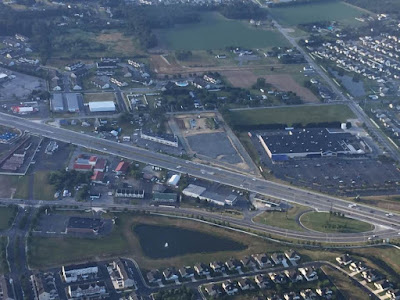 I enjoy the quiet when I fly, absorbing the view and doing that pilot stuff, it's relaxing. It was time to pick up the weather at OC on my Garmin 530W.

I'm waiting on my Collins radio to arrive that was ordered from Bennetts Avionics. My Collins VHF251 finally took the dirt nap and Stellar performed last rites, declaring it to expensive to revive. I did make an offer on an ebay VHF251 that I will ship to stellar for a freshen up and keep that on the shelf just in case. I was also offered a yellow tag Collins VIR351 NAV radio, fresh from Stellar, sitting on the shelf at Red Eagle. 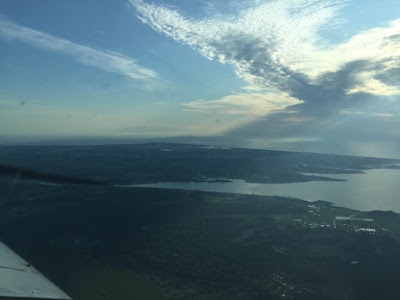 I continued in advising ten and five miles out and only heard another pilot making position calls to land at New Garden, my last hangar location. I crossed midfield, entered the left down wind and added approach flaps. Speed was on and the view turning base to final was so much nicer than the recent LPV approach. I crossed two boats on short final and saw the people looking up at me while I looked down at them, I wonder what they were thinking. 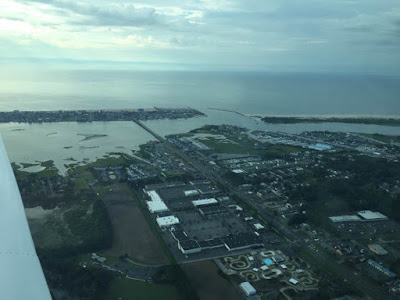 I ended up with .8 for the log book and had a nice time in the air.  I'm off to pick up bagels for breakfast and then a last stop for a haircut.
Posted by Gary at 10:13 AM