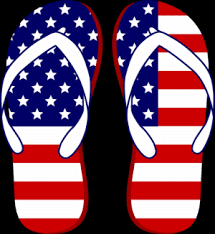 I have been watching weather overnight and trying to pinpoint the arrival of the rain here in ocean city. I knew Wilmington would be clear, or clear enough to get in, but the coastal areas here on the eastern shore have this fascination with fog. It's a fascination I am not on board with!

I bumped up our scheduled departure from 11am to 9am with the hope of a less stressful arrival back home.  Mary, Jo and I headed to the airport to get 08Romeo loaded with the treasures from this weekends antique pick and I need to take on some fuel. 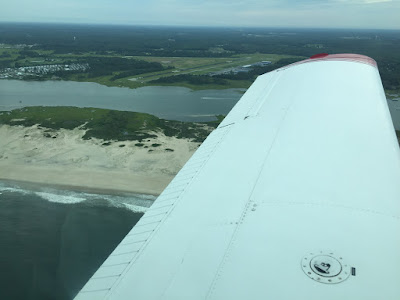 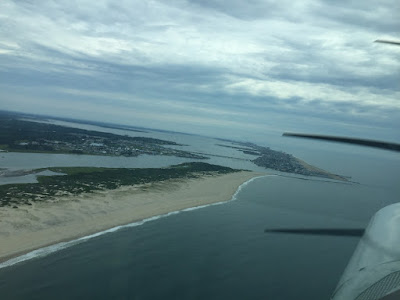 I picked up my clearance with Potomac clearance and delivery and advised number one at runway one-four, ready to go on release. I was released with the typical void times and was soon climbing out over the shore line. The view was gorgeous, even if it wasn't bright sun and blue skies, it was better than solid IFR at the same altitude. 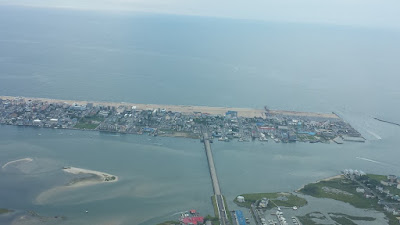 We were on top for the ride north and Patuxent handed me off to Dover and Dover to Philly. Philly had me descend for Wilmington, report the field in site.  Ahhh...not going to happen was the thought running through my mind. I advised not in site and was lowered from three to fifteen hundred. Approach advises the RNAV GPS 19 is available. Now IMC and trudging through a cloud layer I break out just as I am going to enter the left down wind for one-nine maybe a mile from the airport. I advise approach and he immediately hands me off to the tower. 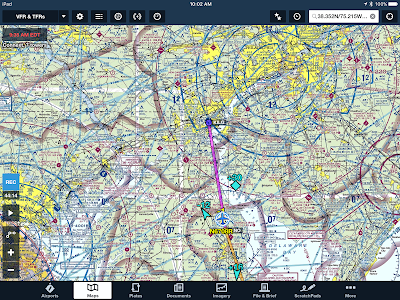 Wilmington tower, Sundowner 08Romeo visual for one nine. He confirms I have the field and then advises he will call my base. The cloud layer has drifted south of the field and the extended down wind is no problem. I made my base turn then to final when directed and made a smooth landing making taxiway Kilo.

Jo went out to bring her car on the ramp so she could off load her purchases. I checked 08Romeo's fuel then carried the bags and other items to pack the trunk of her car. It always stinks having to say goodbye but until next time this is what we must do. It's always fun having Jo at our home.
Mary and I saddled up for home and picked up our clearance with Wilmington ground. Easy peasy, ready to taxi, we're good to go for runway one-nine and they gave us full length. Once released and cleared for take off I rolled on to the runway from taxi way Mike and turned 08Romeo loose. We were off before midfield and climbed out on runway heading as directed. Wilmington handed us off to Philly and Philly gave me a climb to four thousand. Once south of the C&D canal I was handed off to Dover and we road along to south of Georgetown. Dover handed me off to Patuxent on some new frequency and I checked in.
Approach sounded distant but as I motored south they were loud and clear. I got vectored for traffic also headed to Ocean City, I was number two to land. The Cessna ahead of me and to my right canceled and approach turned me direct Ocean City. I decided to ride along a bit longer when Pax wanted to cut me loose.  I told him I did the same Friday and then needed a pop up to get in. He understood and advised I could change to CTAF and cancel with him or on the ground. That works for me Pax, thanks! 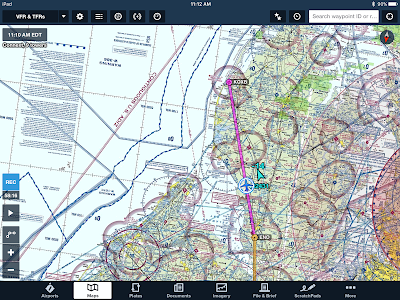 Sure enough there was the cloud layer lingering about, potentially blocking my way in again. I quickly brought up the GPS 14 approach and activated vectors to final. I figured I had guidance and a clear path for missed if needed. The clouds were moving and opened up very nicely for us and I quickly descended to fifteen hundred feet. Once inside LANDY I continued for seven hundred feet and had the runway locked in. Approach flaps added, power reduced and looking good. Second notch of flaps added as I cross the fence and set 08Romeo down with a squeak of the mains. It's good to be home. FYI - the rain soon started as I pushed 08Romeo in the hangar. 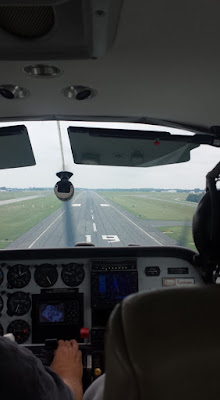