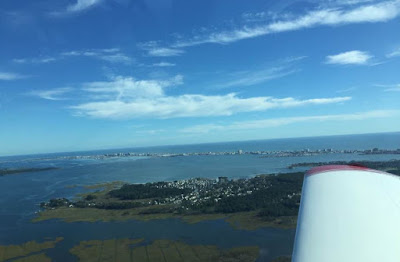 A quick but serious mission on tap for today, Ocean City Maryland to Middletown Delaware (KEVY). My brother had surgery Wednesday and had some complications that required an immediate visit to the hospital. Thankfully he returned home Thursday evening. After reading more about pulmonary aspiration I now understand how serious this could be. 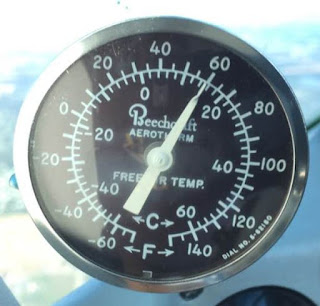 With all this in mind Mary and I decided we would fly up to Middletown (40 minutes) vs drive (1.5 hours) first thing this morning. I reviewed TFR's and NOTAM's along with a final weather check, we were good to go. Hold the bus, Mary is feeling sick so she decides it's best to stay behind. I head to the airport solo to get 08Romeo ready. 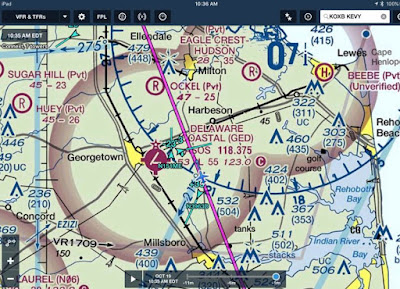 Some observations; the paving operation is in full swing, with the base lift almost completed. I hope they top tomorrow so I can get back in the hangar this weekend. 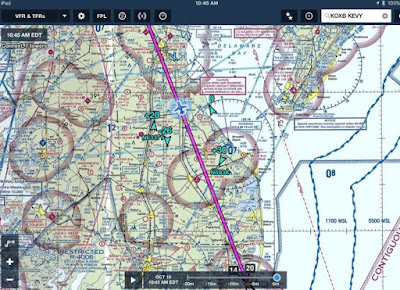 With my pre-flight complete I get in and get 08Romeo started. The plan is to taxi out to runway three-two, complete my run up and launch. I didn't file but would pick up flight following with Dover approach. The flight was smooth, hands in my lap. The temps hung out at sixty degrees for my flight at three thousand. Dover turned me loose to squawk VFR once north of their airspace and I thanked them for their service today. I picked up the weather at Summit and decided on runway one-seven. I can't remember the last time I landed on that runway. I extended downwind a bit so I could turn base over the C&D canal and get the Summit bridge on the video. I made a nice landing and taxied back to the ramp. 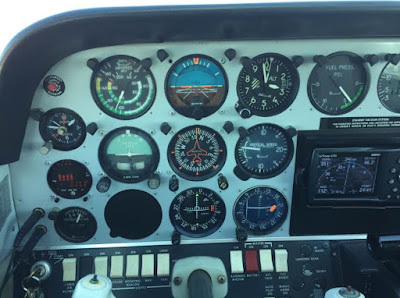 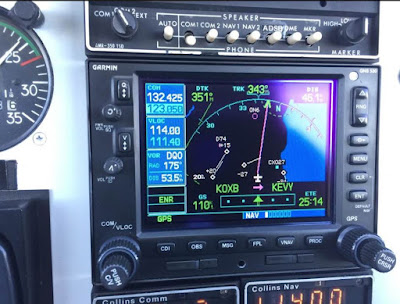 I took on ten gallons to bring me back to fifty total for my return flight. I always like to buy some fuel if I can. I had sent a text to Janice that I was ten minutes out and they pulled up to the terminal building shortly after I walked outside. We headed out for a late breakfast at Bob Evans and enjoyed the eats and conversation. Joe seemed himself and looked good with just a slightly different sound to his voice. This too shall pass.
We headed back to their house and sat around chatting for an hour plus. It's always good catching up, and I just wanted to see my brother after his ordeal. Some brothers fight others are estranged, we are thicker than thieves...hence the title, Brotherly Love. I'm confident he is in excellent hands with my sister-in-law, Janice. She's an RN, loves my brother and will keep him squared away, of that I have no doubt. You best listen to her Joe, she means business.
With my heart and mind feeling much better after our visit I thought it best to get pointed south. It's a short ride to the airport and I was soon heading out to 08Romeo. I squared up my fuel bill and completed the pre-flight. Everything was in order and I untied the wings and tail then climbed aboard. I once again did a quick check for TFR's and NOTAM's, then got the fan turning. I had to hold in my taxi spot so a Boeing CH47 could be tugged in across the ramp. Once clear I got a wave from the ground crew and flashed them a thumbs up, I was clear to taxi out. 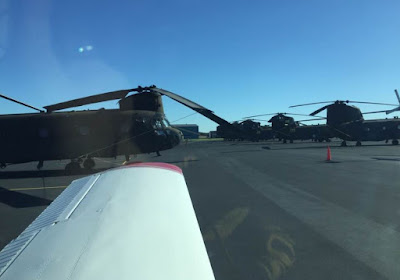 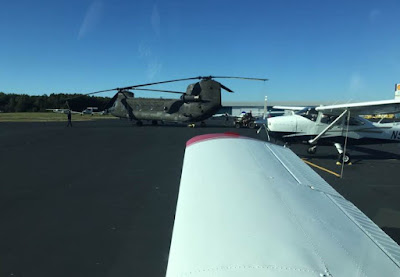 I completed my run up and turned on my camera, not wanting to miss another take off. 08Romeo climbed out smoothly and I was soon turning cross wind then down wind for my departure. I made a last call then switched over to Dover Approach. I headed south for a bit enjoying the beautiful view and eventually requested flight following. Dover gave me a squawk code and we were on our way with extra eyes looking out for us. 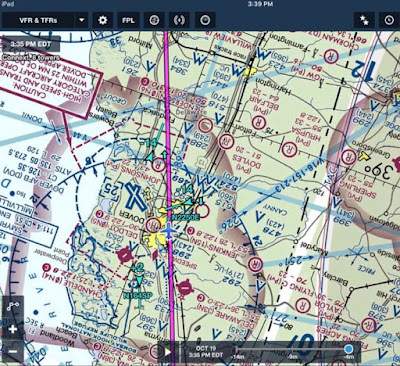 I spotted some traffic that the ADS-B was displaying as I approached Dover's airspace. I watched a C5 take off runway one-nine and climb out, it was like slow motion. Once south of Dover the C5 made a climbing right turn to cross my flight path, it was awesome to see that giant smoothly transition towards Baltimore. 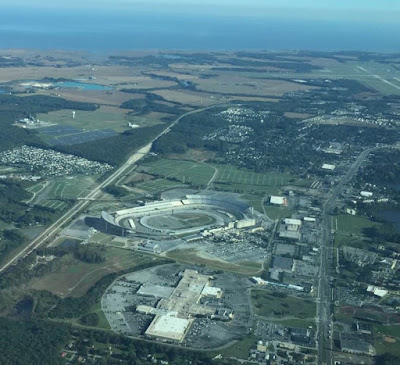 With the highlight of the flight now out of view I refocused on getting myself home. I made my typical calls at ten and five miles out as I approached home base. The winds favored runway two-zero and with the NOTAM in place I would have to back taxi to cross the other runway (14-32)and get to my hangar. I listened as another plane landed and he taxied off Hotel, it was open. Great! I followed with a smooth landing and long roll out to the end of two-zero, turning off and taking taxiway Hotel back to the main ramp.
A fun flight that put my mind at ease. I'm happy to be home with my Bride and we are planning for Ocracoke Island on Saturday. I did get a text from friends for a breakfast run to Cape May (KWWD) for tomorrow morning. Mary and I will be there followed by a hop to Wilmington to see the great nephew, Brennan, and Mary's brother Mark and his wife.
Posted by Gary at 9:32 PM