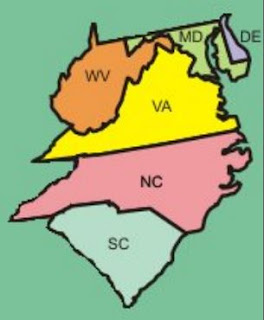 Since I have recently assumed the position of the Mid-Atlantic Region Director for the Beech Aero Club (BAC), I have been working on a fly in schedule of events.

This position with BAC brings back memories of the North East Flyers group.  Those were fun times and Mary and I met so many people that have remained friends all these years. I hope the turn out is half as good as the North East group, we used to fill up restaurants in a hurry.

First up on the Beech Schedule will be a fly-in to Ocracoke, North Carolina, W95.

As we struggle to hold on to the last good temps of summer, what better way to enjoy some sun then visiting the Outter Banks.

The Fly-in is scheduled for Saturday, October 21st at NOON. There will be a free shuttle to our lunch location, Howards Pub. Good eats and good service. The pub will shuttle people back to the airport.

If you want to explore the island I have confirmed with Ocracoke Golf Carts that they will be open from 10-3 and can pick anyone up at Howards to shuttle to their office for a rental. A four passenger cart is $35 for two hours and $45 for three hours.

The local specialty and gift shops will be open for business.

The Ocracoke Preservation Society (OPS) museum, a non-profit organization dedicated to preserving Ocracoke Island's rich historical and cultural heritage will also be open for anyone to explore.

I'm working on a November fly-in but the details still need to be worked out. However, December is on the Beech Calendar and we are scheduled to visit Saint Michaels, Maryland.

Christmas in St. Michael's. Capture the Holiday magic in the Mid-Atlantic region.

This will require an early arrival, aircraft should be on the ramp by 9am. Rental cars are available and I will secure transportation based on the number of attendees.

There are plenty of shops to explore and places to eat for the ladies and gents that attend this event.

Talbot street will close at 10:15 for the Holiday parade and reopen at noon.

Who doesn’t love a traditional Christmas parade complete with marching bands, antique cars and boats, fire engines, horses, kazoo bands and llamas. Perhaps you may even see a calliope or a penny farthing. And Santa and Mrs. Claus will arrive on an antique sleigh. Come early on Saturday morning to get a great spot along the parade route for the largest holiday parade on the Eastern Shore.

It will be nice to get back in the air on a consistent basis with a mission in mind.  I have a hard time just boring holes in the sky to putz around, but these flights should be fun.  I am working on fly-in locations for West Virginia and South Carolina. Virginia will most likely be Williamsburg for the first attempt at a fly-in. Who can resist eats at Charley's? Not me.

I hope to get some flight time in today. I really need to get 08Romeo's oil pumping, it's been a month! I also want to check on the project status of the taxiway paving. I hear the paving is scheduled to start today, maybe I'll be back in the hangar by the end of the week.
Posted by Gary at 9:27 AM

It should be fun. Mary and I are going even if we are the only ones! Can't wait to get some new video other than Ocean City :)

Sorry, I can't make Ocracoke due to prior commitments but I'll try to make Easton!

Alan, we'll miss you and your bride. Hope to catch up at one of the next fly-ins. Working on a potential tour/fly-in for November (Wallops) and Christmas in St. Michaels for December. Hope we can catch up.