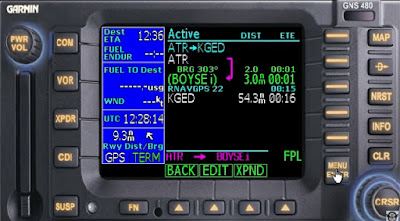 Now that title sounds crazy, right?  As pilots know this can be a reality when flying Instrument Flight Rules (IFR).  Let's set up the scenario with an actual situation I flew.

On a flight from Wilmington Delaware to home, Ocean City Maryland I had this exact situation present itself. Clear blue skies just ten minutes from home but there was a solid layer hanging out over Ocean City, KOXB.  My initial thought was to fly the GPS 14 approach, good down to 700'.  The wx was reporting Marginal Visual Flight Rules (MVFR). Easy peasy, or so I thought. 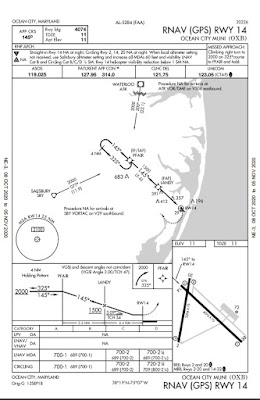 I was number two for the field following a Cirrus. We passed each other in the hold, in clear blue sky conditions.  I was turned loose to shoot the approach and when I descended down to 700' I was still on top of a solid layer.  I'm not sure how the Cirrus pilot had got in but that's his issue. I climbed out, going missed and pointed back out to the hold for who knows how many laps. My thought process had me ask approach for the GPS 32 approach into Ocean City with a decision height of 260'. I knew I would get in. Positive thinking, hold that thought. 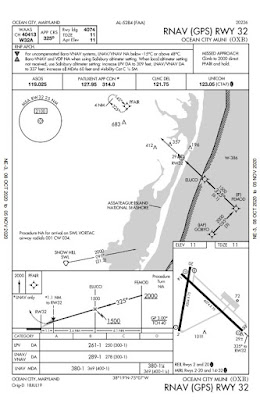 I immediately asked for, and received, clearance for the GPS 32 and was directed out over the Atlantic, direct GOBYO. When I flew with the Garmin 530W and the Flight Stream 210 it was an easy switch and go, never missing a beat. I was on my way and focused, shooting the approach to minimums and breaking out looking down the runway. I was soaked in sweat, both passengers silent, and I set the Sundowner on the runway, safely back home.
This 'How To' video deals with the Garmin GNS 480. It's different, it speaks a different language then my 530, but it does so much more.  The key is keeping proficient and running through what if scenarios.
So when I received a comment from a viewer I was excited to put a video together to address how I would use the 480 to deal with this exact situation. Now I don't know the viewers airport so I plugged in a local airport to keep the video length short.
I flew from the Waterloo VOR (ATR) to Georgetown - Delaware Coastal Airport.  The approach I set up for was the GPS 22 approach and changed the fixes to mirror the Sim 480. 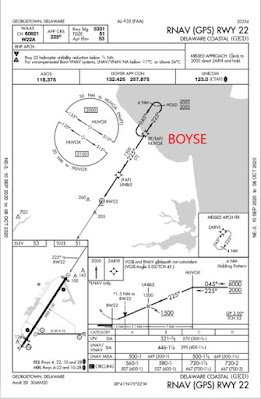 I flew direct BOYSE (HUVOX), one turn for the procedure turn then inbound.  While in the PT I dialed in the GPS 4 approach but did not execute, I was ready if needed to make the switch.  I continued in for runway two-two and ended up going missed. Now the GPS 4 buys me an additional twenty feet for the decision height. Not a great example but for training it works. As I climbed out for the missed I executed the standby approach and was on my way, direct TOWHE (ZARVI). 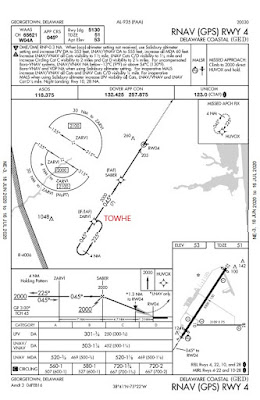 This would give me another shot at getting into Delaware Coastal. Now in the make believe sim world the updated weather got worse, there was no way to get in. A pilot could try and plan at that point but why fly so far behind the plane.  Have a plan B and C ready at all times. Again, in the sim world the weather looked better just a short distance away at Salisbury. So as I was flying direct to the initial fix of TOWHE I made the decision to head to Salisbury (KSBY). On the GNS 480 I selected Nearest (NRST), scrolled down to KSBY clicked on the Direct button and selected Destination (DEST). This flurry of button clicks wipes out the previous approach and destination, replacing it all with the new destination of SBY. With a click of the procedures button (PROC) I selected vectors for the ILS and was on my way.
KNOW YOUR GPS, understand how it works, practice. A shout out to Trevor P for the comment on my previous how to video, and giving me a chance to play with the sim and work through a multiple approach scenario.
Posted by Gary at 2:49 PM