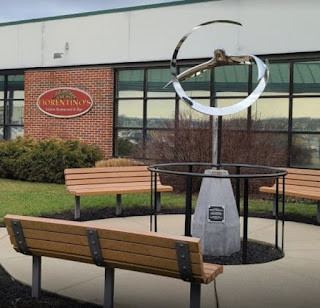 Since the plans to Laurel were canceled, we decided to meet up with fellow Beech Aero Club (BAC) members Chris along with Les and Nahia for lunch at Fiorentino's, located at the Lancaster Airport (KLNS). 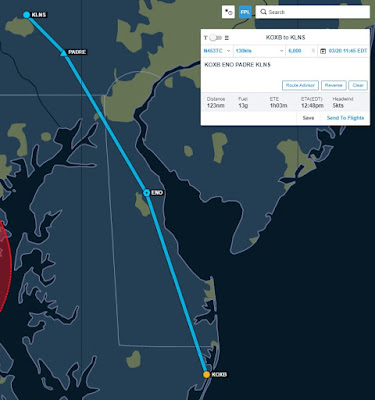 The plan is to depart Ocean City around 11:45 with an hour of flight time, arriving at 12:45.  Winds are forecast at 5-6 knots from the north and our fuel burn each way should be around 13 gallons. 3 Tango Charlie has 50 gallons on board so we are good for the round trip.
There was a line forming at the end of our hangar building waiting to back taxi to runway two.  A Cessna took off, a Piper Malibu Mirage and a Sundowner landed, the Decathlon in front of me taxied out, and I followed to the hold short at one-four. I should have followed him out and pulled over to taxiway Hotel and await my turn. Once the Decathlon passed overhead I crossed the hold short at one-four to back taxi runway two, it was our turn to launch. 3 Tango Charlie climbed out smoothly and was eating up altitude as fast as I let her. Today’s ride was perfect, compared to my last launch and cruise. 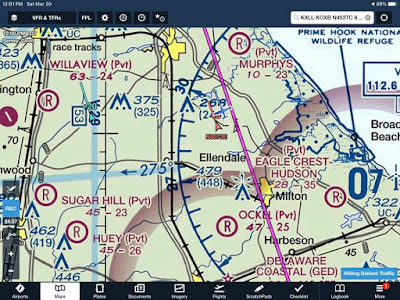 I had filed for the flight but decided on VFR four thousand five hundred to cruise north.  I picked up flight following with Dover and road along, eventually being handed off to Philly, north of the ENO VOR, on 119.75.  I made multiple calls without success and finally switched to Comm 2.  This is the exact scenario as my last trip north, in the same exact area. More investigation will be required.
I eventually cancelled with Philly, since I thought he forgot about me, and contacted Harrisburg approach with my info and the current ATIS at Lancaster. It was a short ride and Harrisburg handed me off to the Lancaster tower.
I was directed to make straight in runway three-one, report three miles. As soon as I acknowledged I was then directed number two to land following a Cessna on a right base. Mary and I confirmed visual contact and I followed the Cessna in, loosing sight of them as they turned final. The tower cleared me to land and I made the turn off on Delta,  dumping us right at the restaurant ramp. 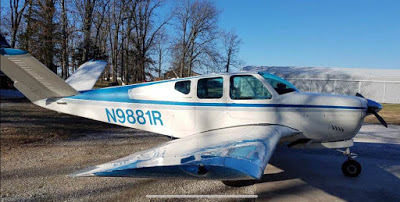 Chris was already on the ramp with his V tail Bo, waiting for us and Les in his Sundowner. Trying to find cell service was a pain so I could not check how far out Les was from landing.  I also couldn’t text my friend Jeff, whose turbo Saratoga was sitting there covered on the ramp. 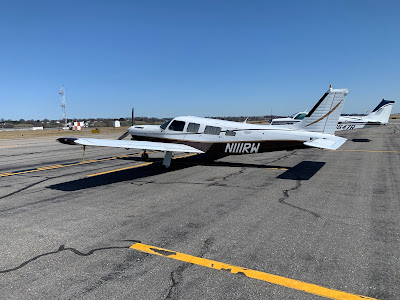 We made our way into the restaurant and awaited Les and Nahia.  When I finally did get cell service I found Les to be turning final for Lancaster. 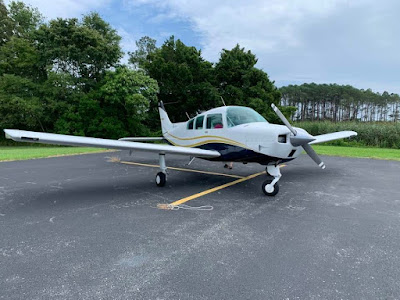 Lunch and service was very good, and the conversations flowed. The men talked airplanes, of course, and the ladies chatted about who knows what. It was a fun meet up that was much needed to recharge all our inner batteries. 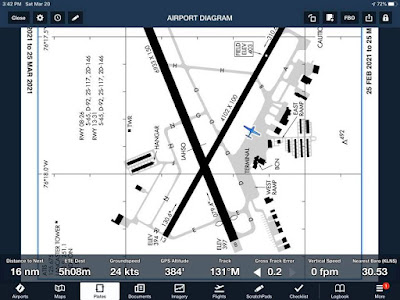 Another conga line, this time to depart Lancaster at runway three-one. I gave up my place in line to perform a run up and waved the trailing Cessna by. I fell back in line once my run up was completed. 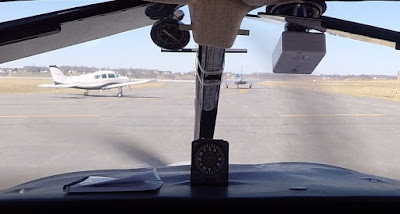 Cleared to take of on three-one had us rolling, again a steady climb, and a left turn on course as directed. This departure was odd, the tower never handed me off to Harrisburg as we cleared their airspace. I made a call to Harrisburg to pick up flight following and was given a squawk code. No sooner I entered it Harrisburg said Philly wasn’t taking handoffs and for me to squawk 1200 and frequency change approved. Very bizarre. 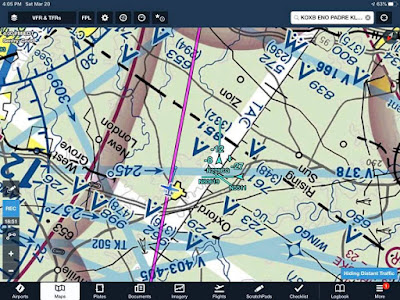 Ok, I can take a hint. I stayed clear of the Philly bravo and pointed directly to ocean city. I did monitor Philly then Dover approach as we road along south.
Winds favored runway two so I set up for a forty five entry to the left downwind. One plane departed, that I never saw or heard after he had called for departure. I added approach flaps then dropped the gear making a nice landing and roll out. We had a fun day meeting with friends and enjoying the beautiful flying weather.
Posted by Gary at 11:23 AM

Sounds like the skies were full of folks enjoying the weather. And a lunch with friends on top of that - priceless.

A much needed meet and greet with friends.

We took six airplanes to Sky Acres fir lunch that day. It turns out that we weren’t the only ones with that idea. By noon, there were practically no more parking spaces left. It was a great day to get out and go places with people again!

Did you expect to find Jeff’s Saratoga at Lancaster? What are the odds?

It was a beautiful day to fly! The ramp at LNS was pretty busy when we rolled in too. By the time we were done eating and chatting the ramp was emptied out.

Jeff was in town for family. We did text back and forth and of course I had to look all over his plane. He left the pilot side window uncovered so I even got a peek inside. ;)

Gary - I was privileged to sit in Jeff’s plane when we met in Kalamazoo last year. As I looked at all that fancy glass, my one thought was, “I’m not worthy!!” :-)