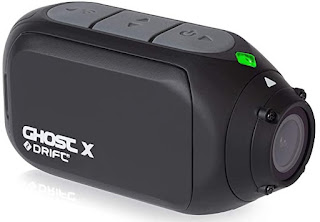 I recently provided a review with a video on my video cameras and mounting hardware. What I discovered was a gap in panel coverage. Yes, I tried to use one of the Garmin VIRB XE's but the zoom wasn't enough.
How does the new Drift Ghost X help, you wonder.  Honestly, it doesn't help with the panel, but, it does free up the GoPro 4 for tail shots. The GoPro had the best battery life out of the cameras I now own. Ok, that still leaves the panel shots, what's going to handle that. Good question. 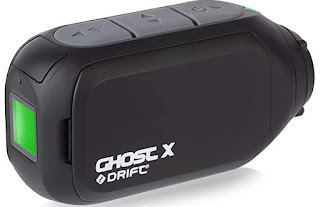 The revised plan is to set up one Garmin VIRB XE for the front view, still mounted over the shoulder on the track form bracket. For wing shots I will use the second Garmin VIRB XE and simply swap from left to right as needed. The Ram Mount device makes it quick and easy.  A good example is flying along the coast, shoot the beach or shoot fields.  Exactly, shoot the beach.
I plan to shoot the panel shots with the two ActiveOn Golds. the cameras are small enough and light enough to easily be attached with double sided tape. I'll focus one over the Garmin 480 and one over the Aspen. Both within easy reach to turn on/off without a problem, as needed.
The Drift Ghost X will be utilized for crew cam shots and the occasional front view from the dash pad. It will also be used to take some hand held shots as needed. At least that's the plan. I will flight test the new set-ups this Saturday on my flight to and from KLNS - Lancaster, PA.
Drift Ghost X By The Numbers