Mary and I had plans for a hop to Ocean City Maryland this morning, depending on how she felt.  I was up early getting a final check on wx when I heard the shower running upstairs, I'm thinking the flight is a go.  I finish up my routine and decide not to file today, instead I'm going to listen to some music and monitor Philly, Dover and Patuxent Approach.

Mary is feeling somewhat better, slight headache but more sinus than anything else seems to be slowing her down. 08Romeo is already fueled from yesterdays flight so it's a uncover, pre-flight, tug out, park the SUV in the hangar, get Mary out of the SUV and on board the plane then fire up 08Romeo.
I just love the Reiff pre-heats, oil temps just below the green and 08Romeo turns over like she's been running all day. Since New Garden is bumpy I utilize the short field technique each departure. A notch of flaps, stand on the brakes until RPM's come up then release. Holding yoke pressure back I'm quickly into ground effect and building speed. I give 08Romeo her head and climb out, once positive climb I retract the flaps and off we go.

It's a smooth flight at 3.5 listening to holiday music on XM and enjoying the view. Dover didn't seem to busy but I did monitor as we made our way south. Eventually I switched to OC's CTAF and made my position and intentions calls to advise local traffic. Winds favored runway 2 so I was set for a nice transition to enter the left down wind and made a smooth landing.

I secured the plane and Mary went in the terminal, she didn't need to be in any cold or wind. I walked through the terminal and out to the airport car, our VW Cabrio.  Easy peasy, uncovered and started no problem then I drove to the terminal to pick up my Bride. We decided on driving up the coastal highway to Lewes, DE., almost an hour one way. It's still cheaper than renting a car at Georgetown (GED) or only have a couple of hours in the courtesy car. 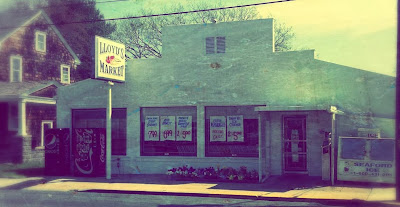 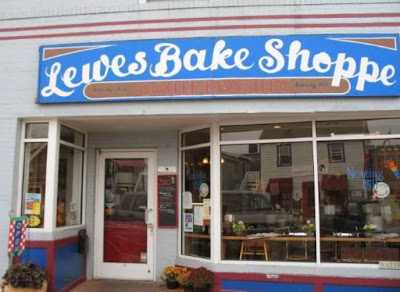 We made a stop at Lloyds market for Milton sausage, it's her Aunt and Uncles favorite so we always try to pick some up, I know I've mentioned the name in prior posts. After Lloyds we drove down 2nd street looking for parking but had no luck. 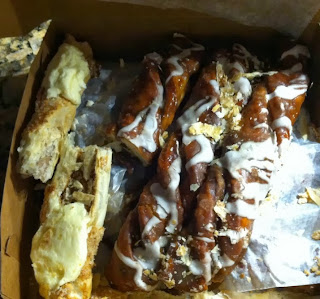 I ended up parking in a bank parking lot that was closed today and it had an alley we found that went to 2nd street. Mary had called in our order to the Bake Shoppe this morning so we strolled in, the glass case was almost empty, but we knew we were getting the goods. The Lewes Bake Shoppe Ooey Gooey Sticks are tops! We also picked up some flaky pumpkin spice sticks (pictured left side of the box).

We still hadn't eaten or had anything to drink this morning and with all the sticky buns, ooey gooey sticks and what not it was decided to find real eats. I turned and headed into town, crossing the draw bridge, looking to have lunch along the canal at the Irish Eyes Pub. 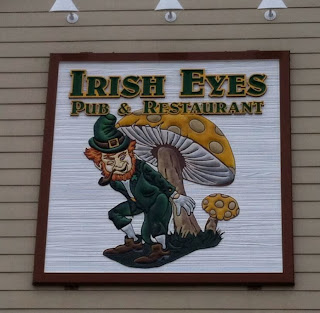 We were stuffed! We loaded up our goods and decided to call it a day. I came north from OCMD along the coastal highway, I decided to go back to the airport by crossing SR1 and following RT9, passing by Georgetown Airport (KGED) clear across to RT113. I turned south and clipped along at a very brisk pace, but to no avail, it still took us an hour.

The fuel truck was having PTO problems so I needed to self fuel before heading home. I taxied 08Romeo to the pumps and took on 20 gallons to bring me just a touch over the 20 a side to the slots mark, I called it 40 total on the Garmin 530.

I taxied out to runway 2 and after completing a run up launched for home.  The wx had changed a bit and the clear sky was everywhere around home but here at the beach it started to develop quite the layer. It looked to be around thirty five hundred or there abouts so off we went.

I climbed to 2,800 and slowly watched the layer coming down, I stayed ahead of it down to 2,500 as I approached the Waterloo (ATR) VOR.  I had already called for flight following as soon as I climbed out of OCMD, I knew I was going to need a pop up to get home or at least half way there, to the Dover area. The XM wx was showing clear north of Dover, it's been very accurate for me on previous missions. 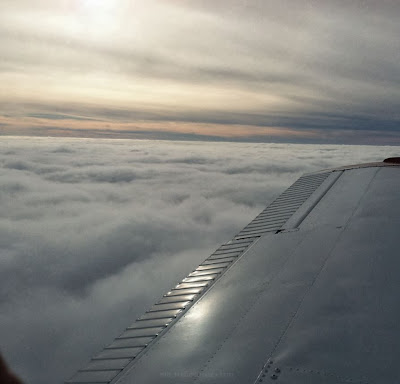 I contacted Dover with a request for a pop up to get into N57 and the controller once again asked me my type aircraft. Bravo Echo two three, /G, 4 hours fuel, 2 souls on board, level 2.5. Dover directed me to climb to 5,000 direct ENO (Smyrna), I acknowledged. I was just turning to avoid the layer closing in as he gave me the clearance. After looking at Marys face and the eye roll from the two souls comment to approach, I flowed into a new heading and was making my way towards ENO. I had to get my head in the game and chug and plug a plan into the 530.
﻿

First step was to keep flying the plane and I plugged in direct ENO, this cross fed to my 496. I switched the 496 toggle switch(zaon/garmin) to disable the cross feed and also tuned the ENO VOR on the Collins NAV 2. I was tracking legal with Nav 2 and smart with additional situational awareness on the 496.  With that set I plugged in the amended routing Dover was reading back to clear me to N57 instead of just ENO then flipped the toggle to cross feed the 530 back to the 496. Somewhere in there I gave Dover a report on temps, bottom of the layer and ride. Once on top I provided another report of temps, top of layer and the smooth ride.﻿﻿
I was handed off to Philly and road along for only a short time. I elected to cancel since I was now breaking out into clear sky just as the XM on the 496 was showing me. I spotted N57 for a second straight day and made my calls for position. A smooth landing with a slight cross wind, two in a row getting home, and our beach adventure is complete. I would love to type more but there is a hot English breakfast tea and half an ooey gooey calling my name!
Posted by Gary at 8:07 PM

Nothing healthy on that plate! Sometimes you just have to enjoy the moment. When working on the stationary bike I'll ask myself why.

Nothing wrong with that, especially this time of year. Got to enjoy all the good food while it's available!