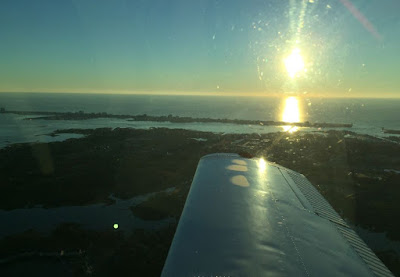 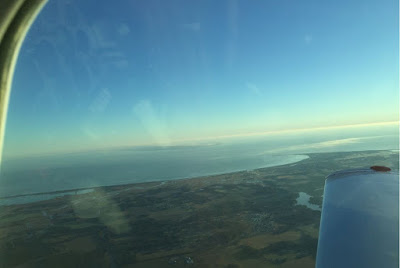 Today I was scheduled to fly to 58M for my oil change. It's a beautiful VFR day here at the beach and 58M reports 10 miles clear.  Excellent! 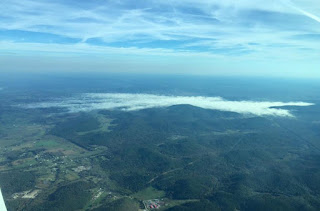 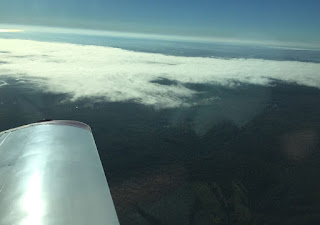 ﻿
﻿
I launch from Ocean City after picking up my clearance from Potomac Clearance Delivery and fly the following route.  KOXB ENO CANVU 58M.  Easy peasy, right?  Not a chance.  I check the wx on my 496 one more time then cancel IFR with Dover, they hand me off to Philly for flight following. I get lower at my discretion maintain VFR. I comply. 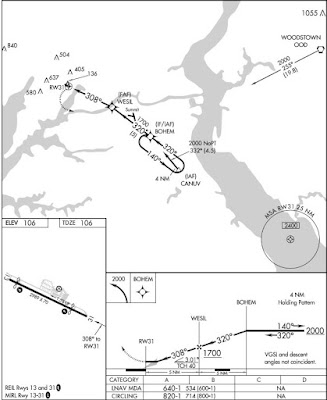 I'm maybe seven out, after overflying the field and now have to ask Philly for a pop up since the field is covered IFR. I am given direct BOHEM, maintain 2200 for the RNAV GPS 31 approach, report the procedure turn inbound BOHEM. I acknowledge and continue on. I report BOHEM inbound and once crossing I descend for 1700 at WESIL. No sight of the field and I'm thinking this will be a missed. Needles are steady as I cross WESIL and descend for the LNAV MDA of 640. I'm counting the altitude off, 1700 for 640...1000 for 640...800 for 640...increase power maintain 640, just skimming the tops, I'm going missed and make my call to Philly. 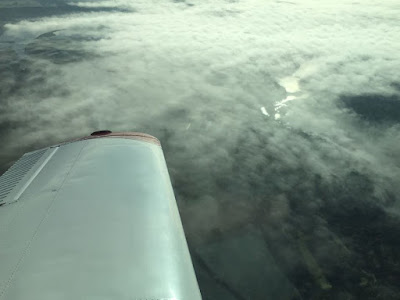 I advise Philly I'm VFR, and I will orbit over the field until 'it' burns off.  I get a squawk VFR and call if I need them. At this point it's not looking good so I park it at 2000 and orbit the field. I break out some fruit I packed and turn up the tunes, it's going to be awhile. Forty minutes later I can see then approach for one-four. I drop down to pattern altitude and take a shot. On the downwind it looks good and I should be able to get in, the three-one end departure is still socked in out over the water but I can see the trees and power lines. Sorry no pics, I was busy flying. 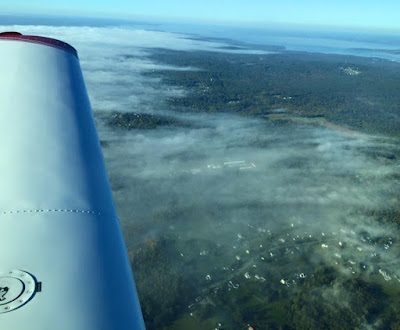 I make my calls, turning left base, the glare is now making it really hard to see. Turning final for one-four and adding second notch of flaps, the glare is killer off the layer over the Elk River. I'm on short final and the glare is so bad I can't see the trees or power lines, I'm outta here going around. I wait another fifteen minutes and rinse and repeat.  This time I had rolled the mains on but I was to hot, I'm not talking a chance with this downhill slope on the runway, I climb out and head for home.
﻿ 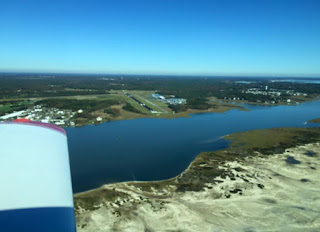 ﻿
I've mentioned my three strike rule many times and today it applied. I point 08Romeo south and headed us home. There will be another day to land at 58M.  At least the ride home was smooth. I enjoyed some tunes and even made a sweet landing on three-two. I contacted Ocean Aviation and left 08Romeo there for an oil change.
Posted by Gary at 10:58 AM