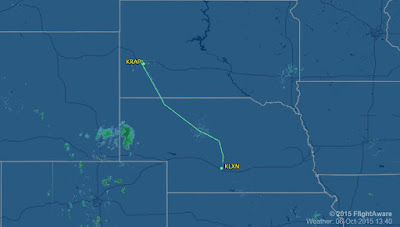 KRAP GRN EFFEX TDD BOKKI YOZLE  KLXN
We departed Rapid City on our flight plan to Lexington, Nebraska. We would stop at Jim Kelly field in Lexington to top off and knock out another new state.
I did manage to log .2 IMC and rode along with Denver Center.  The flight was smooth and honestly, not that much IMC that I had to mess with. 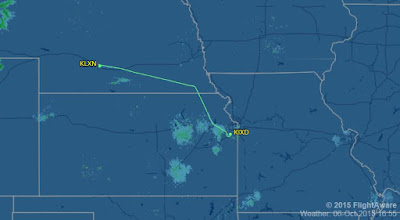 We topped off again to fifty gallons and then launched for the last leg today, KIXD - New Century Air Center Airport in Olathe, Kansas.
This was another smooth flight with .4 IMC as we neared Olathe. We taxied in to Advanced Aviation and they had our car ready for us.  Great folks, very helpful.
﻿ 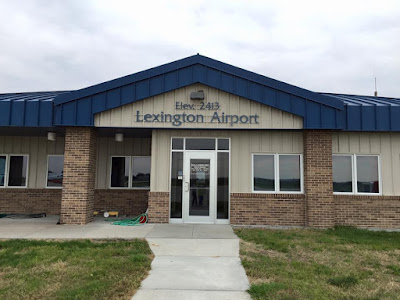 We loaded up and headed to visit with Ted and Laurie. I had to take a detour since the GPS guided me to a closed road/bridge barricade. Not to difficult, we were back on track very quickly. ﻿﻿
﻿
Ted picked up Pizzas and we enjoyed a good eats kind of dinner. It was great to see how much Robert has grown along with his two baby sisters. 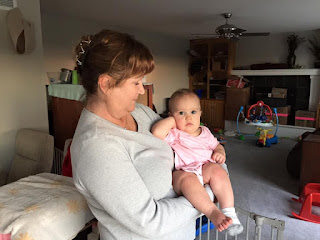 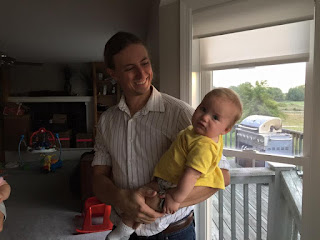 Ted and Laurie are going through major construction on their recent home purchase and the final product will look awesome. Such gracious hosts offering us a place for the night instead of a hotel under the conditions. It was good for Mary to hold the girls and Robert played shy all night and again Wednesday morning.

We hope Ted, Laurie and the kids will come visit us at the beach next summer, our door is always open to their family. We kept Ted and Laurie up past their normal times and Laurie did surrender first to check on the girls that were fussing. Ted threw in the towel since he had work and I was starting to yawn along with the eyes once again getting heavy. I barley remember crawling in bed...
Next up, the trip East to the home field.

Thanks! When I was adding up the trip totals and returned to the typical flight totals page I let out a yell, Mary came in the office and asked what was wrong, I said I busted 1000 hours, she said, great, then asked what we wanted to do for dinner.

I have every confidence that she was very excited for you. :-)