On my last attempted flying errands flight on Tuesday 11/24 my charging system, a Kelly Alternator, took the big dirt nap. When I returned to Ocean City I immediately connected my Batteryminder charger/maintainer. I'll be ready to fly back to 58M to have te alternator replaced.

Fast forward to Wednesday. I called Roger to check on the parts, the new alternator is in. I decided to cancel todays flight and try tomorrow morning when I have a better chance at VFR flight conditions.

Thursday
08Romeo was warm and toasty this morning since I turned on the Reiff heaters last night. The plan was to bug out north around 7am and be shut down at the shop before they get in at 8am.

I got out on time but battled a 35 knot headwind on the north bound leg. I launched from runway three-two and soaked in the view. The sun was trying to break out from the cloud cover and I remained patient. Once the sun was shining through I made a slight jog right to get a picture, it never gets old.

The ride was smooth but slooooow. I had everything shut off except my transponder and Garmin 530W. I should have pulled the plug on those two units too, since I wasn't going that far or someplace new. Once in the air my JPI was reading 25V, showing the charge the batteries took since I last flew. I would be good to go.

With the 530W online I would still have traffic available.  It's nice to have around Dover since they can get busy at times. It was obvious,I didn't make good time,the shop was up and running when I shut down in front of the hangar door.

Jeremy and Stan removed 08Romeos cowls and I got in the way. Kidding, I did help with the screws around the prop. Not much for me to help with so I hung out in the office with Roger.
Jeremy was ready for a Ops test so we tugged 08Romeo out of the shop and I jumped in. With a few shots of primer she fired up. I switched on the master avionics switch and watched for the JPI battery reading. Yes! It was showing 27.1, I was good to go. I shut down and we pushed 08Romeo back in the shop so we could button up, out of the wind. 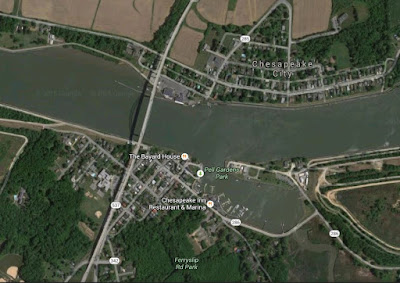 The winds had really picked up but still only thirty degrees off the nose departing runway three-one. It was a bumpy climb out as I turned for Wilmington, KILG. I maybe flew a few miles and decided it's really not worth getting beat up getting into Wilmington or launching out of there for home. Instead, I pointed 08Romeo back to the beach.
All systems were back to normal with the JPI numbers looking great!

It was a rough ride south at 2200 rpm's cruising along at 130 knots trying to enjoy that tail wind. I made my position calls for OXB and entered the left down wind for three-two.  Winds were gusting, slightly cross on final, as I settled over the numbers and made a nice landing.08Romeo is tucked back in her hangar and ready for the call if we fly this weekend.