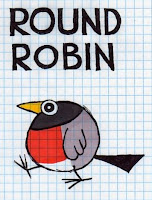 I couldn't resist posting that photo, it just cracks me up.  Todays flight was a round robin of sorts. In aviation, a round robin flight is a cross-country flight which starts at one airport, travels to several other points for fly-over or touch-and-goes, and returns to the point of origin. This flight today would be one full stop landing and one, sort of, fly over. I am returning to my point of origin.
I really needed to get back to Wilmington (KILG) and stop at Red Eagle to pick up my Zaon portable collision avoidance system (PCAS)and my Garmin GDL88 manual that was waiting for me. I had filed last night for an 8:30ish departure since fog was in the forecast for most of the airports along the coast. I got up today and the sky looked good but reports at KOXB and KSBY were Low Instrument Flight Rules (LIFR), 300 mist.
By the time I had 08Romeo ready to go things cleared up very nice. Wilmington's report was also looking better, not much of a chance for an approach. It was hazy once in the air as I turned to a 270* heading until radar identified by Patuxent. Once ID'ed I was turned north for Smyrna (ENO). Lots of traffic today so I tried to get some pictures showing the ADS-B on the Garmin 530 and the iPad mini 3.
Pax had asked if I wanted five or six thousand, I said five is fine since Dover will lower me anyway, I swear I heard him chuckle. With that exchange I was handed off to Dover and checked in at five thousand level. We road along with one traffic callout, twelve o'clock one thousand low opposite direction. ADS-B already was tracking him and I saw the high wing pass under me exactly head on. I advised I had the traffic and with that I was handed off to Philly.

I checked in with Philly after I picked up the Wilmington ATIS. Philly approach Sundowner 6708Romeo, five thousand level, with wx at Wilmington. Philly lowered me to three thousand and gave me a heading to intercept the ILS Runway 1.

I was eyes out but did glance in to see if I kept the needles centered, not too shabby. This stop was a quick turn and burn.  I picked up my Zaon and the manual then climbed back aboard 08Romeo.  As I climbed up the wing I happened to see Vince leaning over his car at the Boeing hangar, of course he had camera in hand snapping pics of a jet that took off. I couldn't resist, I sent him a text message, "Stop taking pics and get back to work."  He quickly responded "you have good eyes, it's break time."

I was going to file but passed, figure if I need a pop up to get in to Cape May I'll ask Atlantic city. I was in the air and heading south east when the tower asked me to turn east and cross the approach of runway one for traffic inbound on the ILS. I did and made it safe and now clear for the traffic on the approach. With that maneuver complete Wilmington turned me loose. A little more than halfway to Cape May I received a text from Dave that said his plane is grounded with an antenna problem and he wouldn't make brunch run.
I put 08Romeo in a climb and leveled out at six thousand five hundred to cross the Delaware Bay. I was headed home, no eats at the Flight Deck today.

The sun was shining bright, there were ships heading up the Delaware and I even caught a glimpse of the Ferry leaving CM and heading to Lewes. It was warm and quiet, I enjoyed the view from 08Romeo and continued towards home. Here are a few pics along the coast.﻿﻿

A great day to fly and take some pictures. I made a nice landing on runway one-four and taxied for the hangar. I had to take off my sweatshirt and just wear my BACFest T-shirt, the temps were hovering around 60*. I always clean the leading edges and get everything plugged back in, heaters and battery. Good girl 08Romeo, maybe we'll get back in the air tomorrow and head to Easton Maryland for Christmas in St. Michaels.
Posted by Gary at 2:54 PM