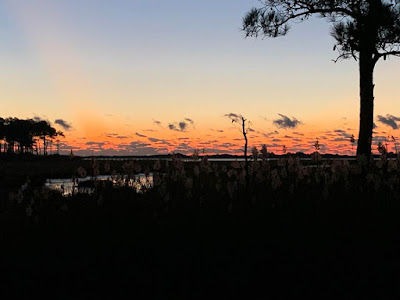 I posted about flying out for breakfast yesterday on Facebook, and had a few responses. Chris N was a go and Bob C was also on board. Charles G and the New Garden group was a maybe. This morning Bob C texted that he didn't get his preheat hooked up so he was taking a pass, and I never heard from the New Garden bunch. 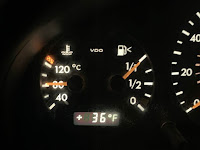 I was up early and off to the airport to pre-flight 3 Tango Charlie and then launch. I got everything ready and still had some time so I jumped back in my SUV for some heater time.  It was 36 degrees here at the beach.

I guess around ten of eight I saddled up and got the fan turning.  Today, in addition to the cabin heat I pulled the defrost for some extra warmth. The winds were calm today, a welcome change to the damaging winds that swept through here the last two days. 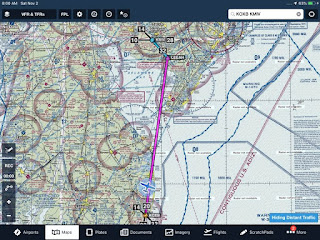 My route was KOXB - LEEAH - KMIV. I would cross the Delaware Bay and shadow the Cape May north coast then make for the airport and a possible straight in, IF it was quiet. 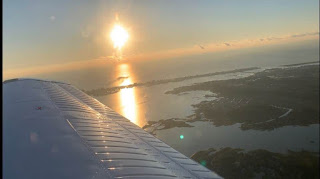 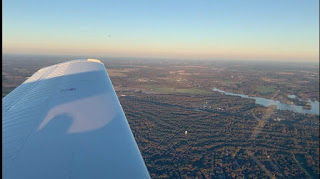 It was getting busy as I heard Chris call his position along with a Citabria, Technam, and two Cessna's. 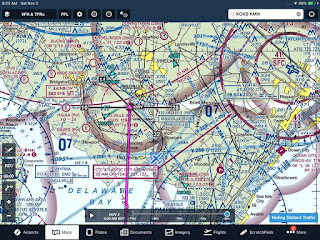 Chris dealt with the Citabria and I had my own traffic to deal with, trying to spot the Technam. I did finally see him turning base for three-two and followed him in, number two to land. Chris and the Citabria had already landed.
We enjoyed breakfast at Verna's Flight Line Restaurant located right on the field. The place really got busy and by the time we had finished eating the place was packed. 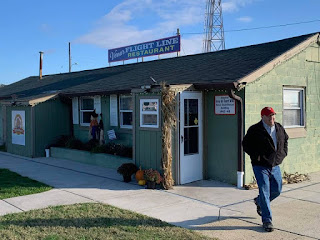 Chris and I checked out each others planes since it was the first in person chance we each had. I didn't take a picture, total brain fart. 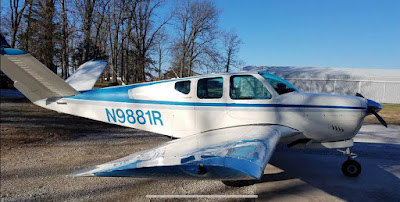 With the checkouts complete I headed over to 3 Tango Charlie and got the fan turning. It was a quick and easy hot start today.  I taxied back to runway three-two and once my run up was completed I launched for home. I did have a Cirrus shooting the runway one zero approach, so I was on the lookout and communicating. Chris took off behind me and he did as well. 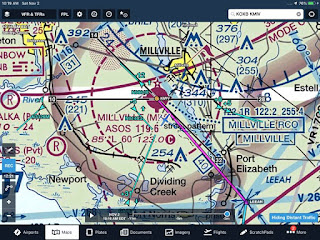 I climbed above a thin layer and crossed the bay at six thousand five hundred.  I was now head first fighting the mornings tail wind of twenty one knots. 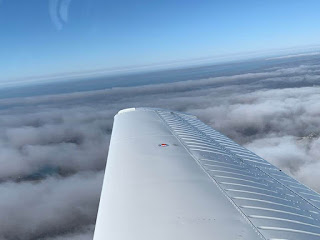 Once clear of the Bay I made my slow descent for home crossing midfield a few hundred feet above pattern altitude. I entered the left down wind three-two and made an ok landing. 3 Tango Charlie is tucked in her nest and I can't wait to get back in the air.