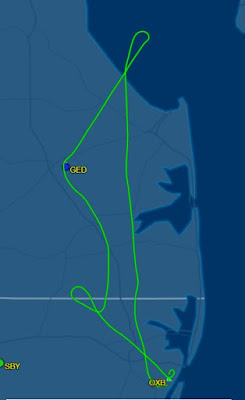 Mary and I have our friends Mark and Candy here for Thanksgiving. We spent last turkey day at their home in Austin, TX (Lone Star Thanksgiving). It is always good times with Mark and Candy, good laughs, relaxed atmosphere and good eats. This week would be no different.
Mark has been busy working from our home and is taking advantage of my office to conduct business.  It provides ample work space, quiet, and freedom from inquiring dogs, yes that means the both of you, Ziva and Tango. 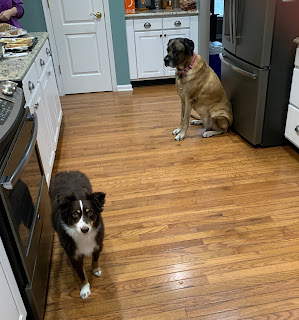 Today Mark finished up early so we headed to the airport to take 3 Tango Charlie up for some flight time and approaches. We were both looking forward to resetting our currency even deeper into 2021.
I started up and taxied out with no issues on the run up. Mag drop was 100 rpm on both mags so that was perfect. Everything else was good to go and we launched as soon as a King Air landed on the cross runway.  Winds were 220 14/G18 and we launched runway two-zero. It was a bumpy climb out and even some wind shear just as we cleared the trees. 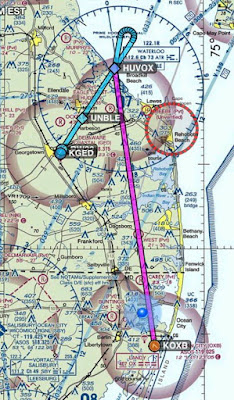 I set up for KGED, and the RNAV GPS 22 approach and went direct HUVOX.  Mark asked if I saw the TFR for Biden over Rehoboth, I hadn't and it wasn't coming up on my ADS-B on Foreflight. I checked for NOTAMS prior to departure with extra concern to approaches at both airports. I checked my route for TFR's once in the plane and engine started. Mark had the TFR but he has cellular service on his iPad, I do not, only WIFI. Make note, always check the iPhone for TFR's with the added cell service and not rely on ADS-B.
No sooner then we were figuring that issue out the TFR pops up on my Foreflight. Strange.  I set up for two thousand five hundred for the short hop and noticed an irregular spike on my JPI engine analyzer. The number four cylinder was one hundred degrees hotter on EGT then the other three jugs. One pass through the info showed 1530 the next pass 1430. This went on as I kept pointed towards the GPS approach initial fix. The plane ran smooth and the CHT's were all around 300 degrees for each cylinder. Mark suggested a mag check and with the we found that the 'left' mag ran rough. The best guess was the number four top plug may have a bit of carbon and fouled. Hindsight I should have landed at GED and let Sussex aero take a look, instead I shot the approach and then headed home. The temps were all in line around 1430 with an occasional spike on number four to 1530. I shot the GPS 14 approach and circled to land on runway two-zero to bring us home.
Flight debrief - I was behind the plane terribly today and dipped low on both approaches. My GPS programming for the approach was slow and had to be repeated, along with uncoupling the Auto pilot and trying to recapture the NAV/GS once inbound. I would not have wanted to fly with me today. 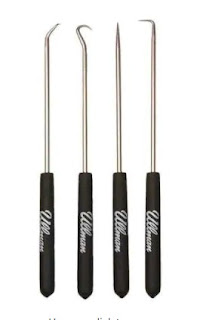 Once on the ground we removed the top cowl to check the plug in question. I thought it was the left mag so we pulled the top plug, it looked brand new not a spec of lead, and the gap was good. I guess I was a bit dyslexic today. The actual mag was the right mag so we should have pulled the bottom plug. The ignition switch markings are R-L-Both, the key position does NOT match the mag position looking forward from the cockpit. 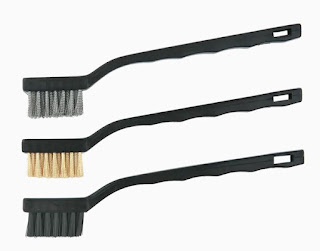 Jamie, the Ocean City airport manager was kind enough to lend me his torque wrench so we replaced the top plug. Mark and I headed home and decided to remove the bottom plug tomorrow giving the girls some additional men free time.

I should also note I did not have a 7/8" spark plug socket at the hangar, I do now. I also purchased a set of picks to keep on hand for removing lead deposits, and some cleaning brushes, if needed. I sold my torque wrench ages ago but I have decided to purchase another and keep it in the hangar, along with the proper tools needed for plug removal. Maybe not a bad idea to keep the tools in the plane just in case.
Hopefully tomorrow brings a better day!
Posted by Gary at 11:30 PM