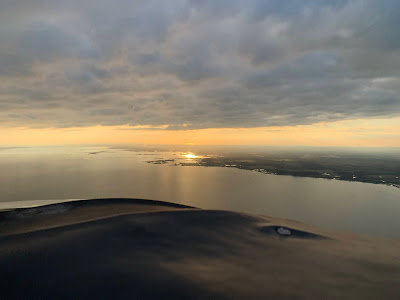 The plan for today was to button up 3 Tango Charlie and then go shoot approaches.  I had enough fuel on board to get us a couple of hours of flying time with a planned top off at Delaware Coastal, KGED, along with lunch.

The winds were much better today, 050/9, and no wind shear. Mark and I decided to do a run up close to the hangar before we would taxi out, getting the plug check out of the way first.  Once the mag checks were good we taxied for runway two. 3 Tango Charlie was her typical self, quickly climbing out for her workout. 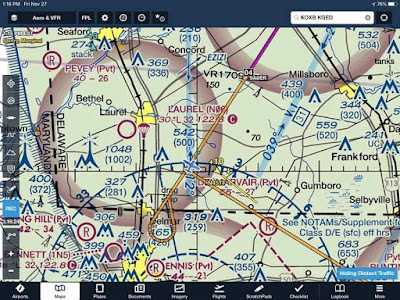 First up was the KGED RNAV GPS 4 with the autopilot.  The approach was smooth, and 3 TC road the rails down to minimums. I went missed and climbed back out for a second attempt, this time by hand, with the same results. I felt so much better than yesterday’s flight, I was back on my A game. 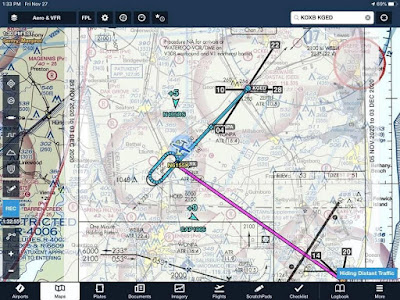 Mark flew the next two, the VOR 4 and GPS 4.  I have to add here that flying from the right seat is not easy.  I selected the 480’s NAV page for guidance and he had an iPad mini 4 on the yoke with AHRS and the approach plates on the split screen. On Marks second approach we swapped controls and I landed for fuel and lunch. 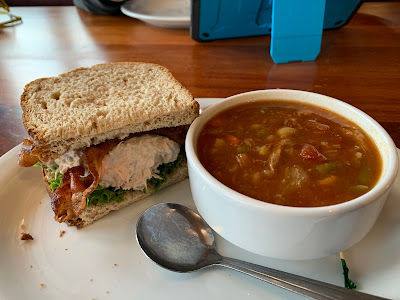 I took on 24 gallons for the plane, and the pilots each had soup and a sandwich. With full bellies and a total of  44 gallons on board we launched for Ocean City.

I was first up with the GPS 14 approach into OXB.  I used the heading bug and altitude hold along with the Vertical Speed for my descent.  A very smooth approach and without issue as I climbed away on the missed for another go. Next up for me was the GPS 2 and once again I used the HDG, ALT, and VS to fly the approach. 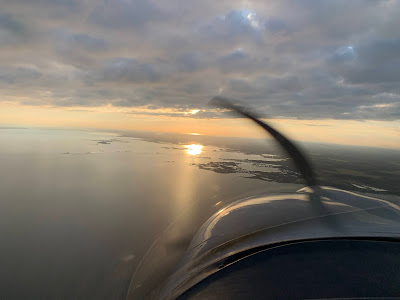 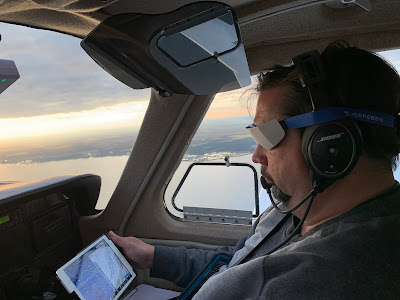 Once I went missed Mark took his turn, choosing to shoot the runway LOC 14 approach first followed by the GPS 2.  I managed to snap a few pictures of the sunset as we were turning in the procedure turn. We eventually swapped controls and I made a nice landing, coordinating with another aircraft in the pattern.

I cleared runway 2 crossing runway 14 and exiting at the nearest taxiway. We tucked 3 Tango Charlie in the hangar and I cleaned up the plane before calling it a day.