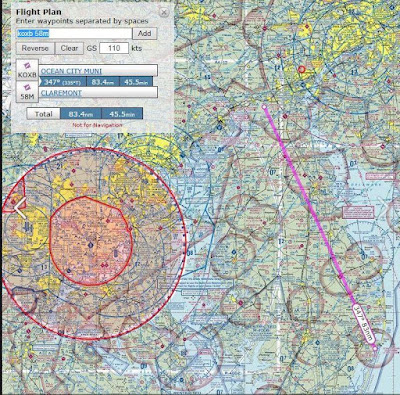 I headed to the airport early so that I could get in the air and be at the shop when they opened.  I had the preheats on overnight so it was a preflight and go with no warm up time.  According to the NOTAM runway 14-32 is closed for striping today.

The runway closure is not a problem since winds were favoring runway 20.  I taxied out, completed my run up and launched for 58M.  Smooth flight, hands in my lap the whole way. I decided to keep it interesting and track the Smyrna VOR out bound 331*radial as listed on the VOR/DME A approach.  Once I cleared the Dover AFB airspace I tracked the radial. It's fun working off the VOR only and helps keep the skills sharp. 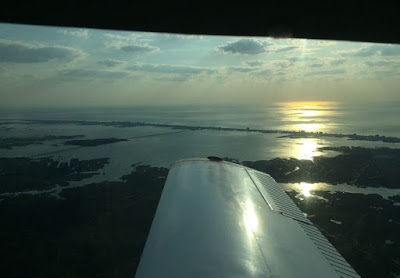 I made my position calls at ten and five miles, I had the airport to myself. Nice and slow adding the final notch of flaps at Betty's sweet 500 foot audible alert and I made a nice stall horn landing riding a wheelie for a short distance. 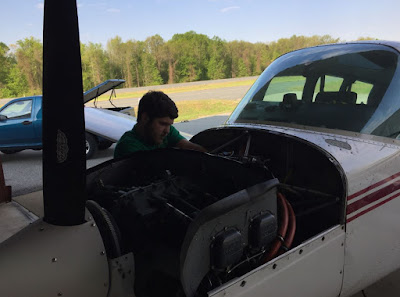 I pulled up to the hangar doors as they opened up and shut 08Romeo down just outside the hangar bay.  The top cowl was off and the quick drain doing its job as safety wires were being cut. It was like a NASCAR pit stop today. The filter looked great when it was cut open for inspection and seven fresh quarts of AeroShell 15W-50 were pouring in. 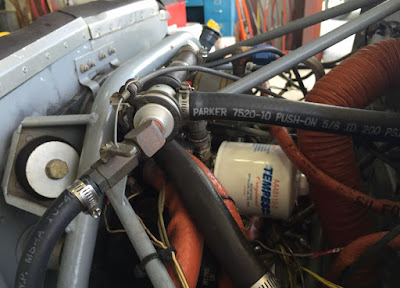 Next was a quick push back to a safe location on the ramp followed by a run up leak test. Everything was looking good so I shut down and helped place the top cowl back on 08R. I walked into the office and squared up my bill for the work then headed back out to the plane. 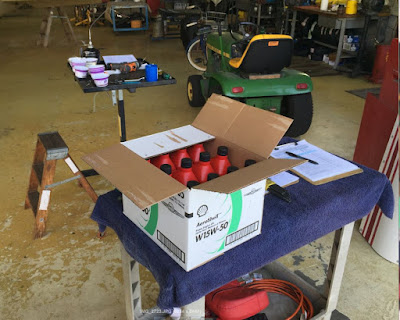 The flight home was just as nice as heading north this morning.  I had the 70's hits rockin' and I was singing along. Great music today; Sweet Home Alabama-Lynyrd Skynyrd, I only wanna be with you-Bay City Rollers, Dance With Me - Orleans and so many other great hits.  Needless to say no flight following today, but I was monitoring.
﻿
I made my calls for Ocean City and I was number one for the field.  I had a Cherokee 4 miles behind and a Turbo Saratoga behind him, number three for landing. I made my call for short final and advised the Mooney holding short I would clear the runway at the other end so he could depart. He thanked me and was rolling as soon as I called clear, the Cherokee was two mile final. I advised once again I was holding, he also thanked me and then taxied in behind me clear of the runway so the Saratoga could land. There was no room at the inn so all three of us formed a conga line and back taxied on runway two zero.  The incoming traffic extended his down wind and we all called clear once on the taxiway. I wish I had pictures.

This was nice, no stress, fly in fly out, taking advantage of the gorgeous day today. 08Romeo is now ready for our retirement missions! Mary and I are working on a few plans for some weekly get-aways and really enjoying the plane as our magic carpet.
Posted by Gary at 4:34 PM