Since or trip north to New Hampshire was cancelled due to weather I thought I could get a little payback on Mother Nature and head south west instead. The plan was to attend the Beech Aero Club Pie/Fly-in at Louisa County, KLKU.

Mary slept in, not really feeling up to a flight this morning. In her place my friend Ted wanted to go for a ride in the new plane.  The timing worked and Ted was going to join me. 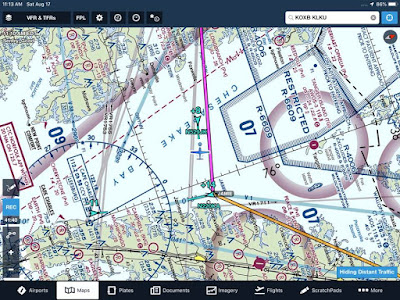 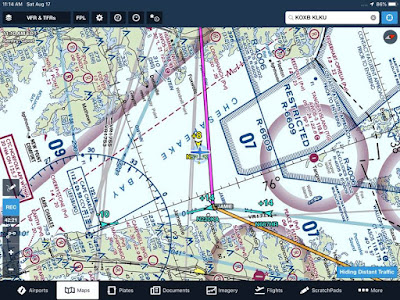 Ted and I decided we would meet at the office parking lot, it's on my way out of Ocean Pines. The plan was to complete my pre-flight, take on fuel and launch around 10:15. The sky was showing me a different plan, there's no messing with mother nature.

After completing the pre-flight and fuel we climbed back in my SUV and sucked up as much air conditioning as possible while we waited for the 10:15 departure.
I locked up the SUV and we climbed aboard 3 Tango Charlie, ready for the adventure.  I climbed out from runway one-four, turning crosswind, down wind, and base,  then finally south. The flight along the peninsula was at two thousand feet, as I looked for a whole to climb through. I couldn't find anything until we crossed the Chesapeake Bay, then I climbed for four thousand five hundred. The ride was smooth despite the build-ups. As we approached Louisa, LKU I picked a large hole that lead me down to pattern altitude, following the cloudy chute. I made a nice landing and taxied for the ramp. Alan landed in his University of Tennesee paint scheme Sundowner not far behind me as I was shutting down. 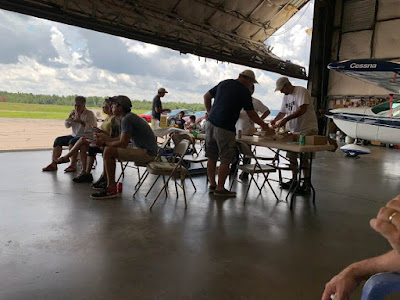 The group had lunch at a large hangar behind the terminal building.  There were hot dogs and hamburgers, soda and water. BAC settled in and ate lunch then Alan brought three pies from another hangar that he had preordered from Floozies pies. The three choices were cherry, chocolate and I think blueberry. The pie was good and it hit the spot, finishing off lunch. 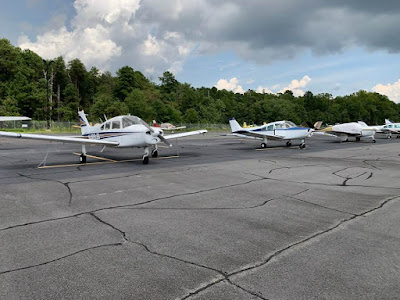 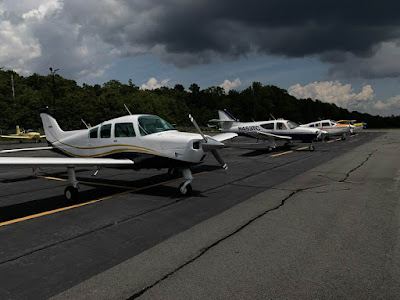 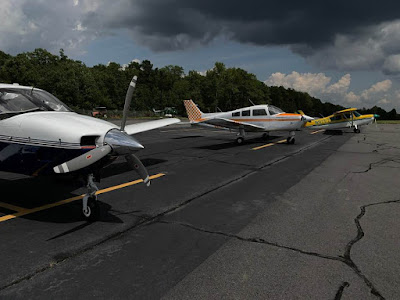 With the sky starting to get dark we all saddled up for home. 3 Tango Charlie responded with a first try hot start, it made very me happy.  I taxied out behind a Sundowner and once he was clear I launched for Ocean City. 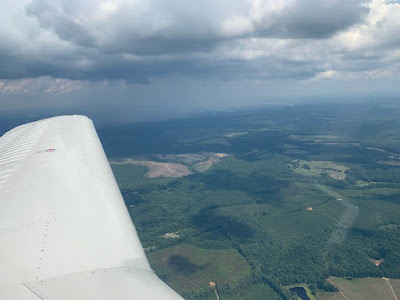 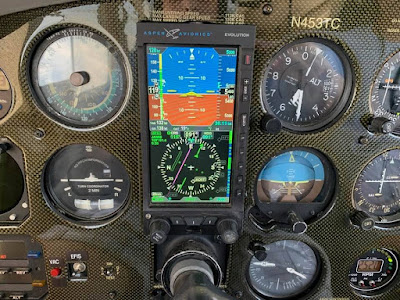 The plan was to climb through one of the large openings and top out at five thousand five hundred.  This worked out and Ted and I settled in for the ride east dodging build-ups along the way. 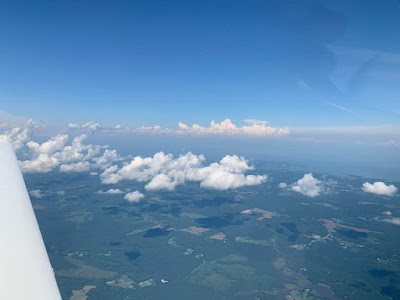 As we made our way across the Chesapeake Bay we both noticed a huge wall of ugly clouds that would block our path north.  As the clouds developed a large Michelin man type figure grew out the top, pointing the way home, or maybe just taunting us. 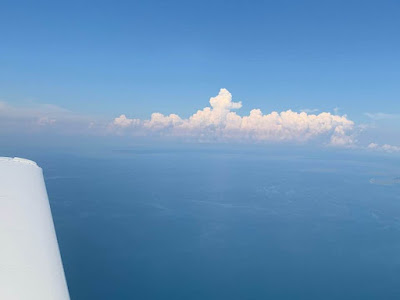 Either way I wasn't going to climb over and then have to descend for OXB, instead I started my descent early and road along at three thousand feet. We passed under the big ugly layer and flew through a very light shower, just perfect to wash off the bugs.

I continued in for Ocean City, making my calls and setting up to cross mid-field.  I would enter the left down wind for one-four and make my landing right before the call for jumpers away.
It was a fun day flying and learning. I really need to get back in the IFR game. Today I monitored each approach but did not check in for flight following. I think that was my longest trip without talking to approach. I miss the radio calls and exactness of IFR flight. I am going to focus on becoming proficient once again.
Posted by Gary at 8:45 PM