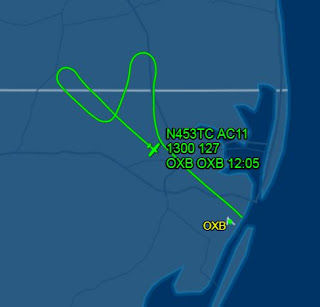 I was scheduled to make the North East Flyers breakfast run to Millville (KMIV) yesterday. Instead, I had to drop off and pick up Ziva princess at the groomer during the scheduled event time. There will be other flights.

Today I wanted to get some air time. My IFR currency is going to run out the end of the month and I needed some Autopilot approach time. I figure it's best if I am familiar with the sequence of buttonology required when it comes time to fly with foggles. Remember, if you don't use it, you will lose it. It really applies to instrument flying.

I headed over to the airport and once I arrived I called my hangar neighbor Chet. Unfortunately he was out for the morning running errands so I decided to fly solo and have some fun. 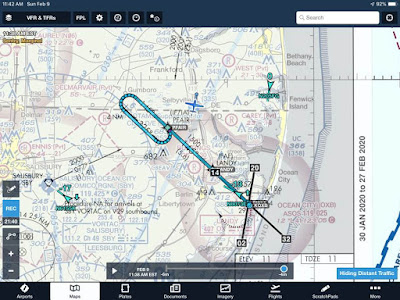 I launched off runway one-four and departed the area on the left downwind. Did I mention how beautiful the weather was today? The sun felt great on my face and I shut off the cabin heat to keep it comfortable. Ocean City was busy with traffic so I pointed north to set up the Garmin 480 for the RNAV GPS RWY 14 Approach. 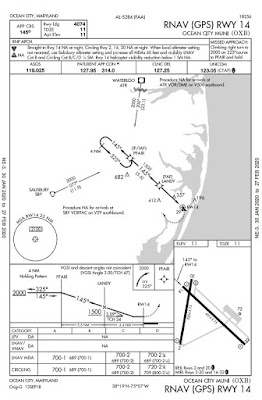 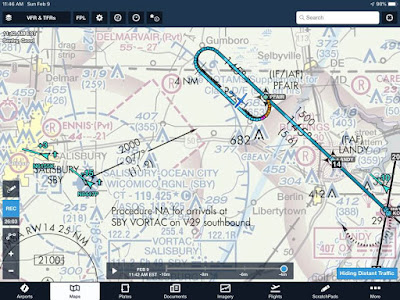 I set up for the Initial Approach Fix (IAF) PFAIR. With the autopilot on GPSS and altitude set to 2000' I was on my way. I was monitoring the systems and proceeding to the fix, I'm still learning to trust the autopilot. I crossed PFAIR and the STEC commanded a direct entry, tracking a 325° heading. 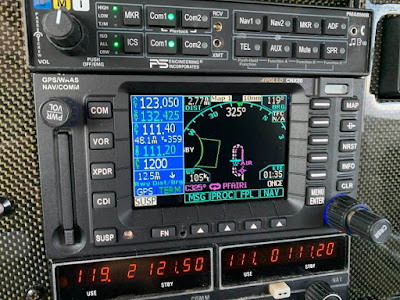 I was a bit low on altitude, should have been at 2000'.  My speed was fine at 110 kts and the autopilot (AP) was doing a great job. Once I turned inbound (145°)I hit the suspend (SUSP) button to allow the AP to sequence to the next leg. This is where I think I messed up. Once crossing PFAIR I was good to descend to 1500' by LANDY. The AP did not descend so I disconnected and hand flew to the airport, breaking off early to keep clear of the traffic. 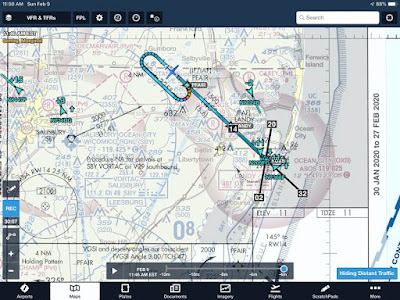 I pointed north again to regroup and enter for my landing. Coordinating with a Cessna ahead and another plane just turning down wind I set up from my left base entry for final on one-four. I had the gear anchors out and two notches of flaps slowing down for the landing aircraft. Just as I was about to go around he announced he was on the go, upwind. I added the last notch of flaps as I passed over the numbers and made an ok landing.

Now for the fun part of the day

Dave H was headed to Ocean City to provide the next leg in a dog rescue flight. He was arriving around 1:30 so I waited for him at the terminal. The plane bringing the pups to Ocean City was running late due to weather in the Carolina's.
That was ok, Dave and I headed to the Green Turtle for lunch. When we finished we headed back to wait on the incoming flight. Chris, the Ocean City based pilot, had already arrived and unleashed the hounds, ok pups. In order to contain them, one of the linemen offered his airport pick up for a corral. It worked, the little buggers were having a great time in the truck bed tugging on sticks and investigating everything. 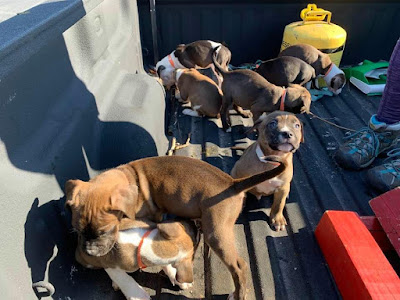 Dave and Chris worked on getting the large crate in the Bonanza back seats while Rose and I started to transfer the fur balls from the pick up truck to Dave's plane. 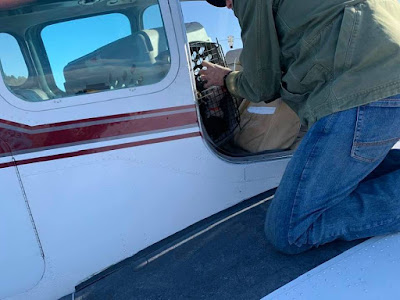 Once the headcount matched the incoming numbers the crate was closed and they were ready to go. We all said our goodbyes. Dave went to wash up, I headed out to pick up dog food before returning home, and Rose said she was headed out with the girls to Harborside. After rounding up that bunch of fur ball hooligans she deserved an Orange crush. 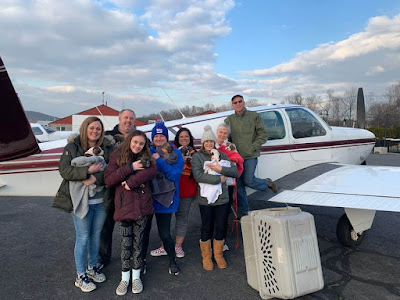 It was a fun day with a few different twists. I need to review my flight training video with Mike B for the exact buttonology for the AP, and then get back in the air to work on it until it comes without thinking.

Mary and I are headed to Wilmington Saturday morning. My bride is going to a broadway show with her family. I plan to practice more approaches on the way back to the beach.
Posted by Gary at 7:37 PM

Still dont understand most of the post but your excitement comes through. So happy for you. That was a bunch of fur babies. And just so cute.

Having fun flying and getting familiar with all the gadgets. ;) I had a blast with the pups, I almost took the little stinker in the background with the white head and black ear. That little girl was a cutie.