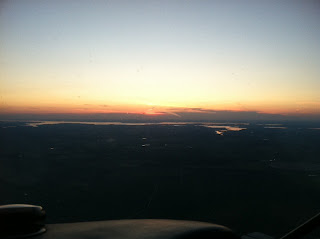 ﻿It was a great night to be flying!  Unfortunately, I only managed to snap one photo while taking a water break after shooting two approaches rapid fire. This was the last "daylight" I would get to see before getting the foggles back on and getting back to flying.

Mike and I swapped text messages while I was working in Cape May (KWWD) finishing up a project. We agreed to catch up after another round of messages once I was back in Delaware and Mike finished up work. I made it back to the Bridge in one hour thirty seven minutes for the airport, and that's taking a new route due to Irene's left over flooding and required road repairs.

I made it to 08Romeo first and flowed through the pre-flight.  I hadn't been in the air since August 12th for my date night with my Bride at PACC.  I arrived as the fuel truck was finishing up my order and waited to sump the tanks. I recently updated the Garmin data card the day I moved 08Romeo from the T-Hangars back to her tie down so that was complete.  We have a constant TFR in the area for the VP but today's check was showing a new large TFR due to the Hurricane relief work. 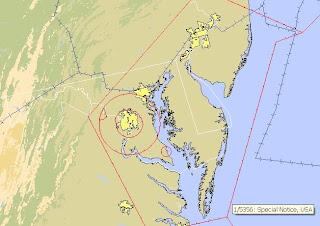 BEGINNING FROM THE SURFACE UP TO BUT NOT INCLUDING 6,500 MSL.
PILOTS FLYING IN THE HURRICANE IRENE CENTRAL ACA SHOULD EXERCISE EXTREME CAUTION DUE TO PRESENCE OF NUMEROUS FLIGHT OPERATIONS ENGAGED.

With the pre-flight complete and engine started I began my instrument workout.  Upon departure I went under the foggles.  I flight planned for direct KEVY but followed vectors from Mike (role playing as ATC) due to "simulated circumstances" that required me to chug and plug, work the radio and fly the plane.  Eventually I was cleared for the KEVY - GPS RWY 35, direct WENDS intersection. A lap in the Procedure Turn and then inbound with a good approach.  As Mike stated a bit fighter pilot-ish at the begining until I knocked off some rust and my standard rate and half standard rate turns were smooth. Drats! "simulated reports" from previous aircraft reported ceilings at 450 feet and closing.  I wasn't allowed to look up and instead went missed  as published. Everything seemed to flow very well and the rust was less obvious.

The second approach "my alternate" if you can call it that was 58M, Cecil County.  I set up for the VOR DME RWY 31.  Never mind the GPS approaches, this would be different, requiring some additional NAV work to identify intersections.  I followed vectors to intercept the approach and since this is simulated  crap wx, I went missed.  This missed required a climbing left turn back to the VOR on a specific radial.  I was all set up on NAV 2 for my cross reference from another VOR at Woodstown so I could ID intersection RANRE. Mike also failed my Garmin 530 GPS and allowed for communications and the VOR only portion.  No pretty magenta line to follow. I did take advantage of the iPad foreflight georeferenced IAP feature to add some situational awareness, it was nice to have. 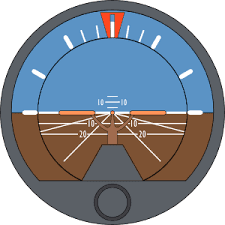 I tracked the radial as published and just prior to entering the hold I got to experience a "simulated" failure of my Attitude indicator.  Ok, where's the flag for piling on?  Fun stuff and a good work out as I am muti-tasking and working out of my normal routine. The Garmin 496  is still available so I switched to the screen that provides a mini five pack/panel of instruments, this does help in an emergency.  I flew two laps in the hold partial panel and hit my marks, it felt great!

I needed my second water break at this point and transfered controls to Mike so I could take a drink and regroup. We had a discussion about the next set of approaches back into Wilmington and decided on the GPS RWY 19 bracketed by a pair of  ILS RWY 1  approaches with two landings for my night currency.  Mike made a loop in the pattern and notched a night landing in between approaches too. All in all a great night to practice and keep Instrument and night current.

Thanks Mike for a great workout!!  We finished up the evening with a late dinner at EATS (Border Cafe) mixed in with a debrief and some hangar flying.
Posted by Gary at 5:31 AM